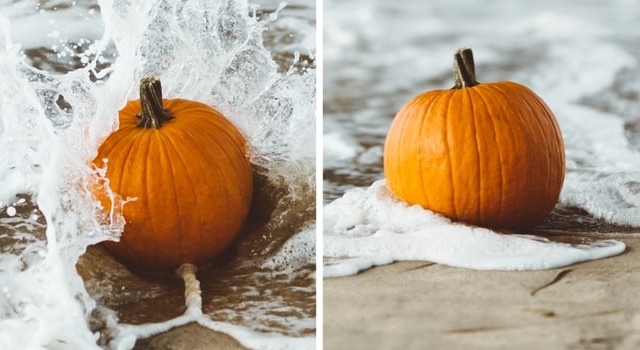 I wrote several articles throughout the experience including “Our Financial Crisis: The Result of Centralized Planning” on September 29, “Give Generously During Hard Times” on November 10, “When Will The Markets Stop Dropping?” on December 1, the Safeguard Your Finances series in 2009, and “Now’s the Time to Buy a House” after the recovery on July 20, 2009.

One experience about which I have not yet written is what it was like to be a financial advisor during the crash.

In 2008, the markets dropped precipitously. They initially found a local bottom in November 2008, but then later rolled to an even lower bottom at the beginning of March 2009.

During both drops, I was pleased to have many clients who called to ask for tax planning opportunities, like tax-loss harvesting or Roth conversions, or who had more cash they wanted invested while the markets were at lows. It felt reassuring that our attempts at client education were working.

However, I also received several panicking calls and worried emails from clients. “What are we going to do?!” was the common worried question. I told them: We are going to rebalance. We are going to sell what was up (bonds) and buy what was down (stocks). We talked about what normal market volatility is, why it is especially important to stay invested during down markets, and how flat lining to cash is the worst move they can make.

In my article from the time, “When Will The Markets Stop Dropping?,” I explained the situation this way:

Through these conversations, we calmed many clients and helped them endure the volatility rather than make a big mistake.

On Thursday, March 5, 2009, a client called. This particular client had called in a panic twice before over the course of the drop. At that point, the markets had lost money for 4 weeks, and Goldman Sachs put out a research report that warned that the S&P 500, currently at 683, could fall as low as 400.  The client was adamant that we sell everything and go to cash. Nothing I said could dissuade. He insisted I was still his investment advisor, and he would be looking to me to advise him on when to get back into the market. I responded that he should get back in immediately because it is always a better idea to be invested than not invested. He said no; he wanted to go to cash now. That day, we sold everything except one Vanguard ETF which sold the next day on Friday morning.

It turns out that the following Monday, March 9, 2009, was the relative bottom of the market with the S&P 500 at 676.53. The recovery started precisely two days after this client went all to cash.

The next three weeks in the markets were the best three weeks. The markets recovered to 832.86, up 22.02% from the bottom, by March 26, 2009. The client, still in cash, dropped our services out of embarrassment at the end of March.

I’ve always viewed this moment as an example of personal failure. We strive to set an asset allocation that is both aggressive enough to meet withdrawal needs but also stable enough to ensure tolerance of the portfolio’s volatility. It saddens me that we had a client who was not able to endure the downturn. Having stayed around for the risk, you would think he would be able to wait for the return.

As I’m writing this remembrance, we are currently in recovery from the 2020 COVID Bear Market.

From peak to tentative bottom this time around was 33 days, but for many investors it has tested their nerve and their risk tolerance. Again, we received many requests for tax planning opportunities combined with several calls from worried clients. Again, the right answer was to rebalance. Sell what was up (bonds) and buy what was down (stocks). This is normal market volatility. It is especially important to stay invested during down markets. Flat lining to cash is the worst move you can make.

On Monday, March 23, 2020, a client called. The client was adamant that we sell everything and go to cash. Nothing I said could dissuade, but we did schedule the day we would get them back in regardless of market movement. That day, we sold everything, and the next day started the recovery. It turns out that Monday, March 23, 2020 was the relative bottom of the market with the S&P 500 at 2,237.40.

Although this still feels like our failure, I have also recognized that the impulse to flat line does not seem to be correlated to anything particular about the client — not asset allocation, not age, not even experience in the markets. If anything, the only correlation seems to be looking at daily market movements, listening to financial news, the impulse of fear, and a strong feeling of loss aversion.

In my limited experience, the day that panic swells so large that I cannot convince a client to stay invested has been the bottom of the market. The bottom is the day that shakes the last few investors out of stocks, lowering the price and turning the tide back towards a buyers market.

Hopefully, if you ever feel like flat lining to cash, this remembrance will serve as a word of caution. Stay the course. The recovery may be tomorrow.

If you sell to cash when the markets go down, it almost never turns out well. It ruins a retirement plan. It impoverishes an otherwise brilliant investment strategy. And it isn’t just the numbers. This is your life. Your financial freedom and financial needs are at stake. Sometimes, you don’t get a second chance to be brave. Stay the course. Rebalance.

Photo and photo by Nathan Dumlao on Unsplash