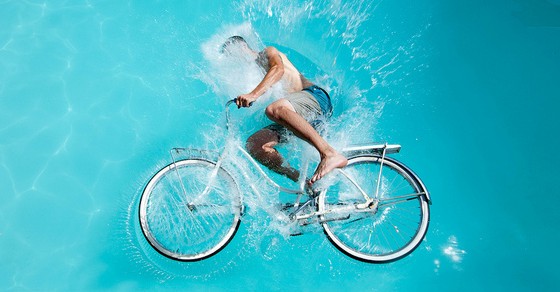 A crash is defined as an index dropping at least 50% from some previous high.

Smaller drops in the market between 20% and 50% are called “Bear Markets.” Larger drops of at least 80% are called “Depressions.”

The S&P 500 Price Index is the most common representation of “the market” when measuring market-wide corrections.

During that crash, the index spent just 21 trading days down more than 50% from its prior peak.

While the the Financial Crisis of 2007-2008 is the only time since 1950 when the S&P 500 close was down over -50% from a previous peak, other events have come close enough to being called a stock market crash to make them worthy of being mentioned.

While large cap growth technology stocks dropped more than 50% during the Bear Market, the S&P 500 did not. In fact, during 2000-2002 the Russell 2000 Value Index (small-cap value) appreciated 24.05% or 7.45% annually. During the Technology Bubble, diversification helped dampen the volatility from the technology sector.

After investors and their advisors experienced the precipitous market drop during the fall of 2008, many people searched for ways to protect their assets.

We rejected a strategy to hedge against a precipitous market drop called a stop-loss order which other advisors used. After purchasing a stock or exchange-traded fund (ETF), an investor can place an additional order with instructions on when to stop holding the security and sell it. Stop orders are triggered when the security reaches a specific price.

These limit orders started a cascade of selling on May 6, 2010. Market officials had wrongly put in rules which caused market makers to back away from the markets. If you know how a market is made,  you can predict that with no market makers prices are undefined. When there are more sellers than buyers, stock prices temporarily drop to zero. Unfortunately with automatic sells generated by stop loss orders, many investors simply sold their shares for nothing.

By the end of the day stock prices had returned to normal.

This event is one example of why we wrote that attempts to hedge against losses are misguided. It would have been better to put in a limit order to buy when stock prices fell!

We are liable to experience another general market crash in the next 50 years as well as some in smaller indexes and sectors. But as bad as the Financial Crisis of 2007-2008 was, we are completely over it now. Remain calm and rebalance your portfolio. If you treat the crash just like any other day, when you rebalance, you will naturally buy into what has gone down and sell whatever has gone up, making the most of a volatile market.