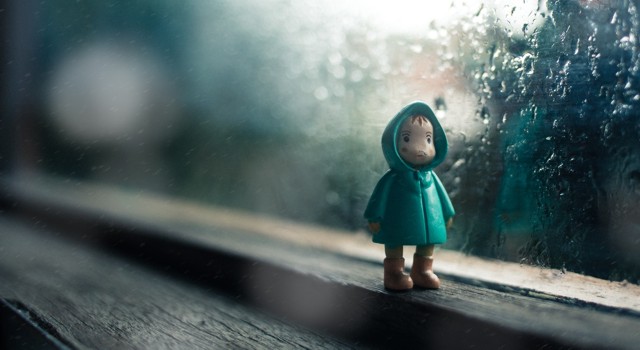 The dreaded “r” word (recession) is becoming more and more possible as company after company announces that their sales are rapidly dropping. Economists are divided almost evenly as to whether we are already in a recession. The official definition is two quarters or six months of decline in our national output, the Gross Domestic Product.

The stock market has taken note by marking down prices. From the peak of last year, the tech-laden NASDAQ over-the-counter market has plummeted over 60 percent, the Standard and Poor’s 500 index has crashed by one quarter, and the Dow Jones Industrial Average has lost almost a fifth of its value.

The Federal Reserve Board hoped that they could slow down the economy to effect a soft landing. However, I believe the rate of our current decline will force us into a very hard landing. There are several factors that lead me to this conclusion. They are:

The Reverse Wealth Effect. Greenspan was worried when Americans were spending $3 for every $100 increase in their stock portfolios. Over the past twelve months, investors have lost over $4 trillion in stock market value. This in turn has eroded consumer confidence that has reduced consumption. This is important because retail purchases makes up two-thirds of our $10 trillion GDP economy. Now Greenspan is worried about the “poor” effect caused by declining stock values. Before this bull market, the value of all publicly-traded stocks has never exceeded our GDP. It did reach 82 percent in 1929 and a similar peak before the 1987 market crash.

Americans will Save More. From 1995 through 1999, the personal savings rate dropped from five percent to zero percent as families depended on above-average stock market gains. In addition, consumer debt, stock market debt and personal bankruptcies soared to record levels. Because of the stock market decline, the year 2000 was the first year in the past 55 years that the net worth of individuals did not increase from the previous year. With stock market values now evaporating, workers will return to rebuilding their emergency-reserve nestegg, which will further slow consumer spending.

Venture Capital Will Dry Up. In 1990, venture capitalists funneled $3 billion into 1,300 start-up companies. In 2000, this type of investment swelled to $104 billion going into 5,458 deals. Because the vast majority of these ventures are now selling for fractions of their initial stock market offering prices, this type of stimulus to our economy will drop quickly.

Foreign Investment Will Decline. Because of our bear market, declining interest rates, and soon-to-decline dollar, investments by foreigners into our equity markets and into foreign direct investment will slow. The debacle of the Presidential election count and the California energy blackouts are tarnishing the once-admired technological reputation of the U. S. The Secretary of Energy believes the country is facing the most serious energy shortage since the 1970s.

Worldwide Recession is Possible. With Japan unable to recover from a 12-year recession and the U. S. possibly going into recession, the economic slowdown could spread into a worldwide recession. The collapse of the Soviet Union and Communism brought a worldwide rush to free-markets, capitalism and democracy. It is extremely important that we avoid a prolonged worldwide downturn, not just because of our stock market, but more importantly to preserve the United States role as world leader.

After the past roaring decade, are we about to experience a repeat of the awful 1970s with its uncontrolled inflation fueled by energy shortages causing a stagnant economy? The misery index at the end of that decade hit a record 22 (addition of the rate of inflation and rate of unemployment). In 1979, President Jimmy Carter pledged that America would never be as dependent on foreign oil as we were then. You know what? We are doubly dependent today.

The present gloom and doom is spreading fast. President Bush has a tough job ahead. I believe a big and retroactive personal income tax cut and a partial privatization of the Social Security Program would be helpful in restoring confidence.