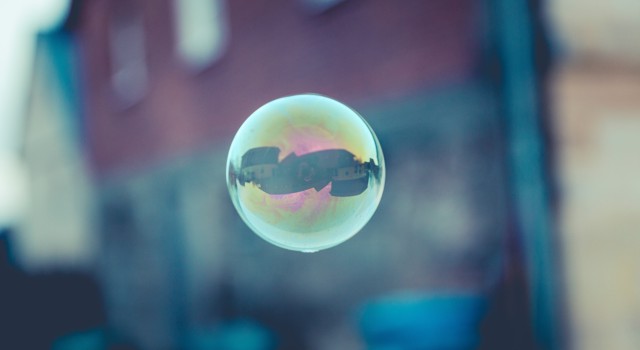 At the peak of stock market valuation in the spring of 2000, the value of all publicly traded U. S. stocks totaled an incredible $16 trillion. At that time, the gross domestic product was about $10 trillion, so stock values were 160 percent of GDP. Never before had the value of stocks exceeded the GDP. At two previous peaks, in 1929 and 1987, stock valuation reached about 80 percent of GDP, and you know how the market dropped from those lofty levels.

During the previous five years, the value of stocks as measured by the Standard & Poor’s 500 Stock Index gained an unprecedented average of over 25 percent annually. These gains were twice the level of annual stock appreciation over the decades.

Stock gains were changing our society. Companies used their stock value to acquire other companies; corporate officers got rich from their stock options; board of directors were elated with their companies’ progress, auditors were pressured to make the books look as attractive as possible to increase stock values, and workers enjoyed reading their quarterly 401(k) retirement valuation. Federal and state governments were also pleased with the increased revenues they gained from the enormous increase in receipts from capital gains taxes. Happy days were here again and practically no one was complaining, except possibly Osmana bin Laden’s envy was growing.

Looking back, we should have known it was too good to be true. Employees were quitting their boring daytime occupations to join the burgeoning ecstatic ranks of “day traders” making an easy living by trading stocks. Jeff Bezos’ mug was on the cover of TIME magazine as man of the year and brick-and-mortar bookstores worried they would go out of business. The owners of the NASDAQ stock exchange were planning to sell shares in their most profitable enterprise to the public as their index reached 5,000. James Glassman pulled in the royalties from his book, which argued that the Dow Jones Industrial Average should be selling at a level of 36,000 Ã¯Â¿Â½ not 12,000. Another sign was that the waiting lines at the best restaurants were getting longer and longer. In the heart of Silicon Valley, in Palo Alto, two young holders of valuable stock options bid up the purchase price of a home to almost twice its already-outrageous $1.2 million asking price. Right at the market peak, the stock of Cisco corporation was valued higher than long-time-first-place General Electric’s $500 billion market value, and the local paper chirped that Cisco could become the first $1 trillion company in history. (Cisco has since dropped to the 15th position.)

We also should have known we were in a huge bubble because during the previous decade Japan had been there. About 1990, the value of all stock traded in Japan exceeded the value of all traded US stocks as the Nikkei average approached 40,000 and the value of real estate in Tokyo was being measured in inches rather than hectares. Their bubble broke and they have been in a downspin for the past 12 years and the Nikkei has deflated to 10,000. (The percentage drop in the NASDAQ index over a 2.5 year period almost exactly mirrors the Nikkei drop over a 12 year period.)

Now that US stock values have dropped from $16 trillion to $10 trillion, everyone is looking for scapegoats. Instead of the old-fashioned “caveat emptor,” (let the buyer beware), we have Congress ringing their hands and running around in circles to find remedies so “this won’t happen again.” Let’s see, who can we blame today: aggressive accounting firms; corporate leaders who failed math in elementary school but got an MBA anyway; the lax, sleepy Securities and Exchange Commission that looked the other way; investment banking companies who rewarded their best corporate clients with favorable ratings and scarce IPO stocks.

We suggest that Congress look at the incentives they themselves have created in our so-called “system” of taxation. Capital gains on stocks held for at least one year is taxed at 20 percent. Dividends on stocks are first taxed one-third at the corporate level and then the remainder is taxed to the recipient as high as 40 percent. No wonder the average dividend yield on the Dow Jones Industrial stocks has plummeted from 6 percent in 1982 to only 2 percent now. Why would anyone in their right mind want to receive dividends when they can earn capital gains, which are taxed at half the level? Corporations respond to this perceived difference by using earnings to repurchase their own stock in order to increase stock price, rather than pay dividends unwanted by stockholders, officers, directors, etc., because of their negative tax consequences.

Similarly, interest paid on checking and banking accounts, on money market mutual funds, on bonds, and on mortgages is taxed at “ordinary” tax rates which can be as high as 40 percent. Is it any wonder that over the past few years the national savings rate has dropped to zero? Not only have interest rates dropped to two percent, but also the federal government takes up to 40 percent of that paltry yield.

Congress contributed greatly to the bubble through the distorted incentives created by the tax code. Now they should correct that imbalance. Elimination of the double taxation of dividends and a generous tax credit, or reduced tax rates, for dividends and interest would go a long way toward restoring the good name of capitalism which has been tarnished by the embarrassing bubble. In the process they would assist the millions of modest-income families and individuals who never had enough capital in the first place to get into the stock market to benefit from the favorable capital gains tax rates.

Photo by Markus Spiske on Unsplash