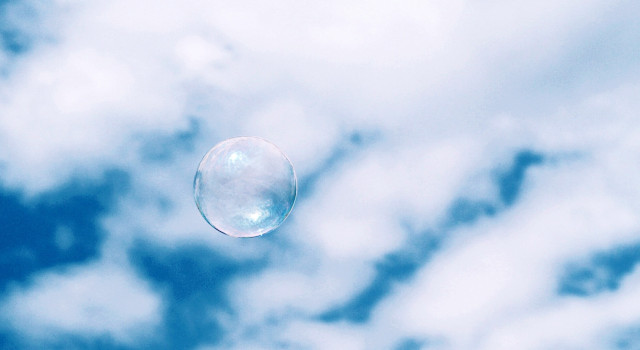 Real estate prices, especially residential, have been increasing for almost a decade. Real home prices have increased nearly 60% since 1996 – roughly triple that of previous housing booms in the late 1970s and 1980s. Home values may be peaking and ready to correct.

Over the past twelve years, the median price of a new home has doubled to $205,000. The value of all real estate held by families has risen steadily in recent years.

Now, real estate has reclaimed its position (from the stock market) as the No. 1 asset held by most Americans. American’s real estate holdings now total $15.2 trillion. Because of the rise in real estate values, Americans total net worth of $44.4 trillion reached a new record last year, after dropping sharply following the three-year stock market plunge.

There are several indications that real estate prices may be hitting their peak level. We may be in another bubble, this time in real estate.

Home values have risen steadily by 50% nationwide over the past six years. Rising home prices has had a significant impact on spending. Changes in home prices have nearly double the impact on consumer spending than does the “wealth effect” from rising stock prices. Nearly 50% of U.S. households own a home, whereas stock ownership is more concentrated in higher-income groups.

Low interest rates have kept new home sales at near record levels – 1.1 million homes annually. The long decline in interest rates has encouraged many homeowners to refinance their mortgages at significantly lower monthly payments. While refinancing, many homeowners took equity out of their homes by increasing the amount of their mortgages. Others simply took out “home-equity” loans in order to enhance current spending.

Total household debt totals $8.2 trillion (of which home loans account for $5.8 trillion) and that is up from less than $3 trillion in 1991. Consumers tapping surging home prices through wave after wave of cash-out mortgage refinancing have turned their homes into veritable ATM machines. Refinancing has totaled $2.5 trillion over the past two years; and home equity loans now stand at about $800 billion.

Whereas in the year 2000 the media was constantly reporting the rising value of stock prices, today it seems that all financial institutions (banks, brokerage firms, etc.) are constantly urging consumers through TV, radio and billboards to consolidate credit card loans by taking out or adding to home-equity loans or adding to mortgages.

Meanwhile, delinquency among the less creditworthy “sub-prime” market that accounts for ten percent of mortgages has jumped to 8.07% from 4.5% in 1999. Delinquencies on FHA loans that make up about 15% of mortgages are at a 30-year high of 11.8%.

The biggest bubble of all might be in the aggregate of debt of households, businesses and all levels of government. That is now over $31 trillion, compared with $4 trillion in 1980. That debt level equals 305% of the nation’s $10.5 trillion gross domestic product. That is a new all-time level. We hate to compare anything with the horrible period after 1929, but that was the previous high at 264% of GDP.

As a result, Americans’ equity in their homes, net of debt, has dwindled to 57%, compared with 85% a half-century ago. But those are averages. Thirty-nine percent of homes are owned free and clear, but the remaining homeowners have average debt burdens exceeding 80% of the value of their homes. Mortgages over 80% of the value of the home offer little margin of safety should home prices level off or should they fall as much as 20%.

Interest rates have probably seen their lows and are expected to rise several times this year as economic recovery gains more traction. This will reduce demand for homes, especially after so many families accelerated their plans to buy houses over the past several years while interest rates were still low.

By the end of 2004, prices for residential real estate in the most highly appreciated areas exceeded rental income less expenses by a multiple of thirty times. That represents a three percent return to investors. This is not competitive with other investments, and makes housing at current prices unattractive.

These are all evidence that real estate values could correct in the next few years. Large cities would experience the largest drop, especially on the west and east coasts. The high end of the market, especially homes over three million dollars, would correct the most. Central and rural areas would be less affected.

If you own your own home and don’t have plans of moving, just hold tight and enjoy the low interest rates you have locked in. If you have a variable interest rate and have leveraged your home over 80% you are in a greater danger of having your house price plummet at the same time your interest payment skyrocket.

For those with rental or commercial property, it is currently a sellers market but about to become a buyers market. Consider exiting or delaying your entry into real estate investments.

A bubble is never known until after it has burst, and frequently a bubble continues to expand long after reason suggests it should have popped. As a result, it is impossible to predict with certainty if housing prices will drop and if so, by how much.

What can be suggested is that the housing prices boom shows signs of weakness, and that they may correct or at least under perform for the next few years. Higher interest rates will slow housing growth in 2005, but the bubble, if it is a bubble, could pop as late as 2006 or 2007.