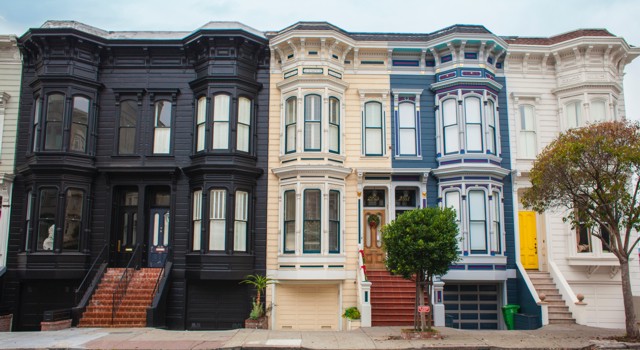 I received my county real estate tax bill recently, and for the first time in several years, my property tax assessment went down by about 2.8%. The drop is very small, but the trend is significant. Commercial real estate investments fell sharply during 2007 and may underperform other investment choices during 2008.

Investors commonly purchase real estate through a real estate investment trust (REIT) that buys and manages properties. These are publicly priced and traded, and collections of REITs are available in mutual funds and exchange-traded funds.

Just over two years ago, we warned our readers that real estate prices might be peaking and ready to correct. We wrote, “A bubble is never known until after it has burst. What can be suggested is that the housing prices boom shows signs of weakness, and that they may correct or at least underperform for the next few years. Higher interest rates will slow housing growth in 2005, but the bubble, if it is a bubble, could pop as late as 2006 or 2007.”

But getting out of real estate two years ago would have been a year early. It wasn’t until 2007 that the Cohen & Steers Realty Majors Index turned negative, losing 18.03%. In fact, the three-year average is still positive, averaging 9.69%, and the five-year average is a whopping 19.79%. In the foreseeable future, however, we are very unlikely to see as much appreciation as the last five-year average.

Most real estate property sectors declined last year. Sectors with longer leases did the best. Health-care leases had a positive total return of 2.5%. The industrial sector of REITs was also positive. Apartments suffered one of the largest declines, down 25.4%. The office sector was also down 19.0%.

Since 2000, U.S. markets have experienced the ripple effects of the tech sector’s correction. The latest waves were the slow decline of the housing market and the weakening of the commercial real estate market.

As a result of the 2001 recession, the Federal Reserve lowered interest rates to help stimulate the economy. These new rates created an unprecedented increase in lending activity in everything from refinancing for mortgage equity withdrawals to commercial real estate loans.

Housing prices soon skyrocketed in absolute dollars, but they were not rising as much in terms of monthly payments. Lower mortgage rates, along with a devaluation of the dollar and the resulting higher prices for all hard assets, explain the rise in housing prices over the past several years.

As a result of Americans using their homes to finance bigger spending habits, their home equity began to dwindle. Many mortgages grew to exceed 80% of the home’s value. Then the Federal Reserve started to raise rates.

Homeowners with adjustable-rate mortgages saw their monthly payments jump. Many found it impossible to stay in their homes. The rate of late payments and foreclosures increased, resulting in some of the lenders themselves declaring bankruptcy. Rising interest rates caused housing prices to fall.

Studies suggest that for every 1% drop in housing prices, the gross domestic product (GDP) could drop by 0.2%. Looking ahead, if falling home prices continue along with a slowing economy, the situation could result in a recession. Declining prices in housing would have a direct effect on company earnings and thus stock prices. If the real estate market does experience a downturn, the effects will continue to ripple through the economy.

More recently, Fed rate cuts have still kept mortgage rates near their low end. But if you haven’t refinanced your home with a 30-year fixed rate, this is your last chance. As rates rise, home prices will continue to decline.

Short-term trends are difficult to predict accurately, but with foresight and a sound investment approach, you can still profit from some long-term trends. Diversifying your portfolio across noncorrelated asset classes is the best way to earn steady long-term returns while managing risk.

Investments in REITs are grouped in the hard asset stocks category, but C&S Realty’s correlation with the GSSI Natural Resources Index is low at 0.23. Correlations change over time, but they haven’t gone above 0.43 in the past three years.

Photo by Bernadette Gatsby on Unsplash