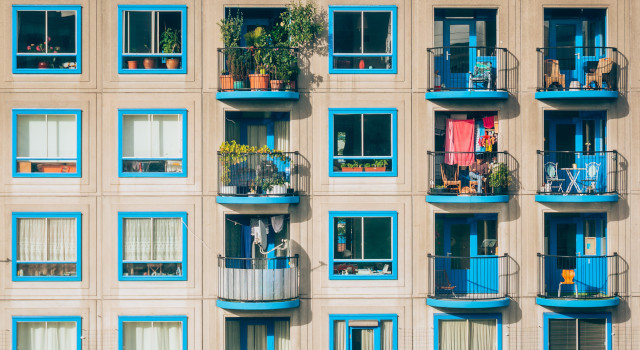 On June 7, 2020, David John Marotta appeared on Radio 1070 WINA’s Real Estate Matters with host Michael Guthrie to discuss the effect of the coronavirus on the real estate market. This show covers a lot of ground in just 20 minutes of conversation.

At the 4 minute mark, David Marotta presents the recent forward price per earnings (P/E) ratio data of real estate investment trusts (REITs) and what that means for investments.

At the 6 minute mark, they discuss the volatility of illiquid assets.

At the 12 minute mark, they talk about how the stock market is a leading indicator.

At the 15 minute mark, they evaluate changes in the phrase “Location is everything.”

At the 17 minute mark, they close the show talking about changes to home.

You can listen here:

The forward P/E ratio for U.S. REITs as of the end of May 2020 was 19.6. This can be compared to the 20-year average for the sector which is closer to 15.7 to show how U.S. REITs might currently be overvalued. This suggests tilting away from U.S. REITs and, in the case of this month, that meant tilting towards foreign REITs in our Resource Stock sector because Energy was even more overvalued than both REIT sectors.

Before the cornonavirus, the forward P/E of U.S. REITs was already above its averages.

Correction: David says on the radio show that this correlation is high enough that REITs could be the same asset class as the S&P 500. However, this is a mistake. A correlation of 0.74 suggests that 54.8% of the movement of U.S. REITs is explained by factors which also move the S&P 500. Typically, a correlation of 0.84 or higher where more than 70% of the movement of one sector is explained by the other would be better served as the same asset class. In the case of REITs, the two sectors are related but also separate enough that they provide diversification to one another and can be justified as separate asset classes.

Over the past 16 years, REITs have had an average annual return of 22.2%. The best run from those years was 2010 through 2015 as REITs recovered from the 2008 housing crisis. These past few years have been incredibly volatile times for REITs. It has been a good investment but a wild ride.

Private real estate is not publicly priced and traded every day. It is priced only at the point of sale. This means that real estate won’t have the same volatility as publicly priced and traded assets, where the price jumps up and down. However, it also means that the assets are illiquid investments. Because there is no known price for your house until you sell it, selling your house is a slow process of price discovery.

Oddly, less than a third of a percent of stocks move the stock price each day because of how market makers work.

Each company seems to be reacting very differently to COVID-19. While cruises, airlines, and energy has been hit hard, the puzzle industry, Amazon, and home improvement have all seen gains. This reminds us of how the stock market is really a market of individual stocks. Some perform well while others perform poorly. Diversifying across all those industries dampens both your gains and losses, smoothing your investment return and protecting you from the unsystematic risk of one company, industry, or country.

Now is a great time to refinance your home.

Many investors try to use unemployment to evaluate the pulse of the economy. However, there is no correlation between unemployment and the stock market and the misery index does not predict drops. The stock market is a leading indicator, sometimes years in advance of the actual economy.

About 50% have nothing invested in the stock market. About half of those (25%) have a pension. The other half (25%) have nothing, relying on Social Security when they retire.

In real estate, location is everything. For years there has been a trend toward centralized group living and working.

For example, in 2017, the trend toward micro units was on the rise. As reported in “Emerging Trends in Real Estate “:

Apartments are expensive to build now. Since demand is strongest for apartments in walkable urbanized environments near job centers, these expensive locations are receiving the most attention from investors and developers. Tenants make trade-offs between size and location. In order to get the latter, they are typically renting smaller units. In some particularly high-cost markets, developers have found demand to be particularly strong for studio units by millennials who have tired of having multiple roommates. This has been taken to an extreme with micro units that come fully furnished. A high level of amenities, particularly public social spaces, is needed since entertaining in small apartments is difficult. A rental lifestyle facilitates job moves as well as travel.

These micro units supported their interest in an urban environment. Smaller units did not matter as much when their lives were lived out and about in a town they loved. With the pandemic though, living in tightly packed urban environments is not as desirable.

Residents have been fleeing cities, companies ditching offices, and retailers closing shops. Some of these changes are permanent, but we don’t know which ones are yet.

Having a garden and growing your own food has grown in popularity. Being isolated and having a natural space or trail nearby is more desired by many.

The coronavirus has provided the largest experiment ever in remote working. It will forever change our relationship with the physical office.

That means that city living may be a little lower while suburbs and the countryside may see new residents.

Many people were forced to practice distance learning or homeschooling in response to the pandemic. Many when they did distance learning found that their children were able to learn twice as much without all the interruptions of the school systems.

The government has instilled a great amount of fear, but people aren’t sure what to do with that fear. Unfortunately, a lot of the sources of the fear may be permanent, and we may have something like a coronavirus come along every hundred years or so.