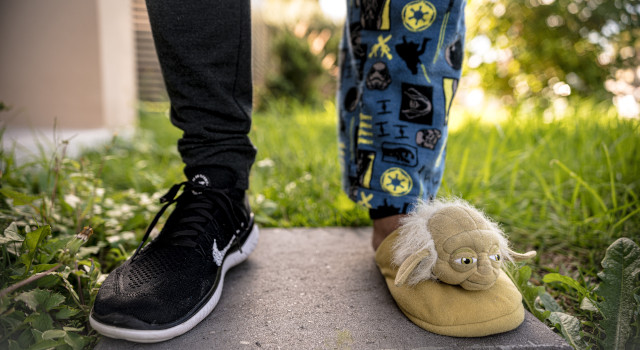 This 2020 COVID Bear Market was 33 days from peak to relative bottom, but for many investors it tested their nerve and their risk tolerance.

Despite this relatively consistent and paced recovery, some investors are worried. They cite examples like “the Fed is pumping money into the system” or “unemployment is still crazy high” to explain why they are “waiting for a second drop” and “this recovery is a fake one.” Some people throw around the turn “bull trap,” a description of market volatility that market chasers love to use, and are bragging that they have already sold to cash, a big mistake that we call flat-lining.

In reality, the cited justification for why the stock market will fall can just as easily support the theory that the market will recover.

Inflation helps the stock market as a whole.

The current consumer climate is odd making the current inflation numbers tricky to generate. While food prices have gone up, energy prices have so rapidly decreased that the official Consumer Price Index (CPI) numbers report deflation over recent months.

It is easy to see how price changes such as decreased hotel rents or falling energy prices are likely due to a decrease in demand rather than deflation. However, there is no way to see through the price movements and find the inflation. Inflation should simply be the movement of prices, for whatever reason.

In this way, the CPI numbers, even at their best, are likely an unfair representation of the current reality. Those current mistakes will theoretically correct themselves in later statistics in the months to come as prices increase alongside both demand and any misreported inflation. However, future corrections do not help us know what inflation is now.

Furthermore, since 1997, the government has manipulated the raw data and significantly underreported inflation. Now, they use a “hedonic deprecator.” If the quality of a commodity increases more than its price, the quality increase is counted as deflation. And because consumers use “creative substitution,” switching from an expensive good to a similar but cheaper good, the government argues that only a portion of price increases should be counted as inflation. In this way, I am pessimistic that underrported inflation today will ever be corrected by the CPI’s current calculation.

If those inflation numbers are correct, then using April’s deflation, the inflation-adjusted recovery of the stock markets for this month would actually be higher. However, based on the large influx of new cash into the markets, I would guess that the deflation is simply a measurement error.

The federal government, one way or another, has given cash to individuals, loans to businesses, Fed money into the bond market, and even more. In response, some try to say that the stock markets are being “propped up” by the federal government’s influx of new money.

If you are investing in individual stocks, there may be cause for worry in those facts. As Vox cleanly summarizes , “The Fed’s actions solve the immediate liquidity problem — they keep companies afloat right now — but they don’t solve whether a business is going to be viable and therefore able to pay back their debts in the long run.” If you are investing in an individual stock which is receiving new loans to stay afloat, they could go bankrupt instead when those loans come due.

However, if you are investing in index funds like the S&P 500, there is little risk that all or most of the hundreds of companies in that index will go bankrupt. Instead, the new money in the country will likely help your fund price.

When people have more liquidity, many will buy more stocks. When there are more buyers than sellers, the price of the market will go up. This means that new money or inflation will likely be coupled with more buyers and could be the cause of some price increases.

The opposite is true with deflation. When people have less liquidity, they won’t have the free cash to buy more stocks. When there are less buyers than sellers, the price of the market will go down. This means that destroying money or deflation will likely be coupled with less buyers and could be the cause of some price decreases.

This is a long way of saying: the price of stocks is influenced by inflation. Inflation, without deflation in later years, will likely help the market as a whole.

The current official unemployment rate is 14.7%, the highest it has been in the 35-years of available data.

However, unemployment has never been measured very accurately. Calculations do not count those who have just entered the labor force and haven’t found a job yet, who have been searching for employment so long they have given up the search, who work part time but are actively seeking full-time work, and who are actively seeking employment but were not included in the monthly jobs survey.

Unemployment in its truest definition means the portion of people who do not have any job, the number of jobless. This number obviously includes some people who are not or never plan to seek employment. But total jobless does describe how many people are not able to, do not want to, or cannot find a way to work. Policies that remove the barriers to employment, thus decreasing this number, are obviously beneficial. In contrast, officially reported unemployment numbers decrease when enough time passes to discourage the unemployed from looking for work. A decrease is not necessarily beneficial; an increase is clearly detrimental.

To find the total number of jobless, you can use the Bureau of Labor Statistic’s “Employment status of the civilian noninstitutional population 16 years and over.”

According to the BLS, the civilian noninstitutional population means U.S. citizens living within the 50 states who are older than 16 and “are not inmates of institutions (e.g., penal and mental facilities, homes for the aged)” or “on active duty in the Armed Forces.”

This is the highest percentage of jobless in the 35-years of available data of this measurement. Unemployment is very high.

This has led some to say that the market is “detached from reality.” How can our stock market be increasing while so many are unemployed?

Sadly, one reason is because the sectors with the most unemployment are not typically represented by publicly traded companies.

Although there exist publicly traded companies within these industries, there are far more small, local, or self-employed companies. In this way, unemployment may have been unfairly concentrated in privately held companies.

In this way, the market is detached from the average person’s reality but may be accurately reflecting the sample size that it has.

Furthermore, it is actually quite common for unemployment to be high and for stocks (which represent corporations with less employee overhead) to be more profitable.

In this way, unemployment by itself is not predictive of what the stock market does.

The market is recovering.

The so-called misery index (unemployment plus inflation) can occasionally help create increases in stock market prices. Just because times are bad and stock prices are high does not mean that a “second drop” is coming.

It is natural that when there is more inflation (increase in price of goods and services) there would also be an increase in stock prices. It is also sadly common for the stock market to surge during periods of unemployment.

The stock market prices and corporate earnings expectations are not actually correlated to the performance of the overall economy. The media likes to use the market as a proxy for how the times are when the two are conveniently similar to the message they want to convey. However, in reality the stock market does not correlate to an economic recovery.

In 2008, many investors had similar fears of a so-called second drop. These fears lasted for years which is why we wrote our 2014 article “Should We Wallow in the Rising Stock Market?” about unemployment, inflation, and the stock market then.

There is no way to know what the markets will do. There are many possible futures which could produce any number of outcomes that would be normal market volatility.

That being said, the stock market is a powerful financial asset for those wise enough to remain invested and diversified during all kinds of economic movements. Stay the course. Invest. Rebalance.

Photo by Ayesh Rathnayake on Unsplash