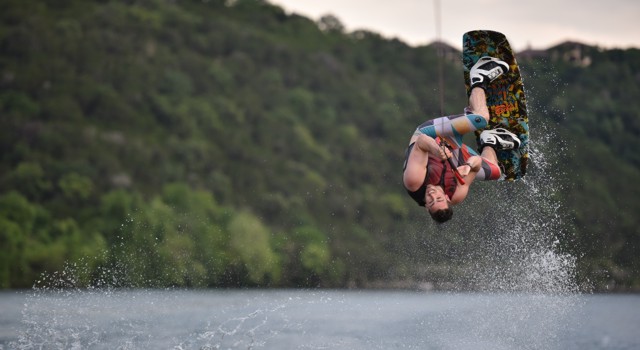 Many investors tend to make the S&P 500 Index the backbone of their investment portfolio. Others use the S&P 500 as a benchmark to measure the health of the market or their own portfolio. Doing so is a very risky strategy that greatly increases the danger of failing to meet your financial goals.

An index is a statistical measure of the changes in a portfolio of stocks that represents a portion of the overall market. The first and most widely known index was created by Mr. Charles Dow in 1896 and was computed by simply adding the stock prices of 12 of the largest public companies in the United States. That is the Dow Jones Industrial Average (DJIA), and today it contains 30 companies.

The S&P 500’s origin goes back to 1923 when it represented 233 companies grouped into 26 industries.  In 1957 it expanded to represent approximately 90 specific industry groups. Since 1988 the number of companies selected by committee has been allowed to float. Contrary to common belief, the Index does not represent the 500 largest companies, but does represent over 70% of the value of the US stock market.

Understanding the S&P 500 is critical before investing your retirement in a mutual fund based on the S&P 500. We do not recommend our clients use index funds based on the S&P 500 as the backbone of their portfolios. It is too risky. Those who have selected such a fund as a major portion of their IRA or 401(k) need to understand the investment strategy they have adopted.

S&P 500 funds invest most of their assets in a handful of companies. Many people believe that when they buy $1,000 of the S&P 500 they are buying $2 of each of 500 companies. This is not the case. The S&P 500 is not evenly invested. It is a capitalization-weighted index. So rather than dividing your investment dollars equally across the index, more is deposited with the larger companies. Approximately $200 of your $1,000 investment is put in the top 10 companies and over $500 is invested in the top 45 companies. While this is true of most indices, it has significant implications for the performance of portfolios that are based on it.

First, the S&P 500 index does well only when large companies are doing well. Second, the index represents momentum investing. As a stock increases in price, it is more heavily weighted and therefore represents more of your investment. Third, as one particular industry does well the returns of the index come to be more closely tied to how that industry performs in the future. And finally, the index represents growth investing because it over-weights stocks based on their price, not based on their earnings. It invests more in stocks with high price per earnings ratios than stocks with low price per earnings. The S&P 500 pays for prior growth and current valuation, not future growth – the wiser objective of the investor. This over weights pricey stocks in the S&P 500.

These characteristics are an unavoidable component of the way the S&P 500 is constituted. If the S&P were a financial advisor it would say, “Let’s buy mostly large cap growth stocks in the industry that did well last year with a high price per earnings ratio.” This advice results in a very aggressive and very volatile portfolio that does better at the end of a bull markets than the beginning. And it will do very poorly at preserving capital during a bear market – exactly what happened over the last 6 years.

In 2000 when large cap growth stocks crashed 33.5%, small cap value gained 18.7%, and in 2001 while large cap growth dropped an additional 19.1%, small cap value was still going up and gained another 18.6%. The stock market bubble was a large cap growth bubble and therefore also an S&P 500 bubble. The NASDAQ index is even more volatile and suffered an even greater correction. Those investors wise enough to avoid using the S&P 500 as their financial advisor avoided these large losses and preserved their principle.

So what’s the latest bias of the S&P 500? Financials. Financials (banks, mortgage companies, insurance, etc.) now represent the largest sector at 21.34% and year to date represent over 50% of the S&P 500’s earnings. Financials have had a nice appreciation during the period of dropping interest rates. But past profits are no guarantee of future performance. Our firm has been taking those profits and lightening up on our investment in the financial sector at the exact time when the S&P 500 has been increasing theirs. Whether or not rising interest rates will dampen the future earnings of the financial sector remains to be seen, but this represents an increased exposure that S&P 500 investors haven’t considered.

Energy stocks, which represent about 20% of the earnings in the S&P 500, only comprise 7% of the investment. This style of investing undervalues the energy sector at a time when hard asset stocks (oil, land, lumber, precious metals) have been doing particularly well.

Finally, S&P 500 investing fails to take into account the cash and debt of a company even though these factors are crucial to computing a company’s actual value. If a company’s market cap is $1 billion, but it has $500 million in cash and no debt, you are effectively paying only $500 million for the company because you are purchasing the companies cash reserves. These value considerations are lost in S&P 500 investing. Small cap stocks and value stocks often do well during the beginning of a bull markets in rising interest rates, factors we are currently experiencing.

It has often been quoted that the average return of the S&P 500 has been between 10% and 12% each year. This is true…over the past 65 years. But in only three of the past 65 years has the S&P 500 had an actual return between 10% and 12%. Calculated the opposite way, in 62 of the last 65 years the returns of the S&P 500 have been below 10% or above 12%. Historically, many people who have incurred a major loss in their S&P 500 portfolio didn’t have the luxury of waiting 5-10 years for their loses to recover. Tuitions had to be paid. Retirement decisions had to be made. Or if they do have the time to “wait” they started having a hard time sleeping at night!  Don’t rely on the S&P 500 to be your financial advisor. Truly diversified portfolios that are wisely invested and professionally managed have a greater chance of meeting your financial goals, and helping you sleep at night.

Photo by Steven Welch on Unsplash