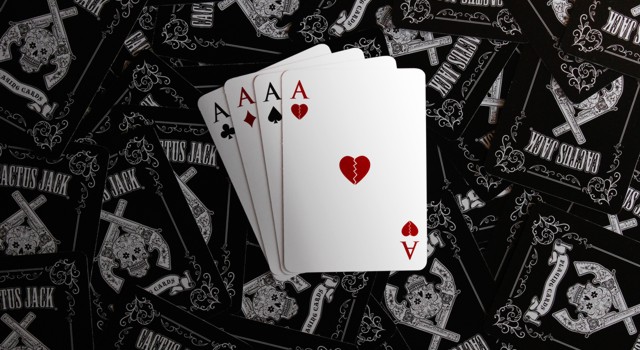 Pressure is mounting on US lawmakers to allow the reimportation of prescription drugs sold to Canada. A recent study by Illinois officials claimed that the state could save more than $90 million dollars by buying prescription drugs for state workers and retirees from Canada. Nothing could be further from the truth.

Issues like these don’t fit into 90-second debate responses. To understand the folly of this approach we must first understand why companies would submit to selling drugs to Canada cheaper than they would in the US. There is no free lunch, and unintended disaster always follows those who believe in price controls.

Imagine a deck of playing cards represents 52 potential drugs. Developing a drug is equivalent to owning the patent on a specific playing card and costs $1 per card. If a company develops all 52 cards in the deck it will cost them $52.

Only a handful of cards result in useful medicine. Most cards are worthless. For our purposes we will assume that only the four aces are marketable and the remaining 48 cards are a pack of losers. Some companies are lucky enough to find a priceless wildcard and others go bust early with a handful of low cards but we are going to analyze a company that develops all 52 cards and gets exactly 4 aces to market.

Our company invests $52 in research and gets 4 aces. To be profitable they must make about $15 per ace to produce $60 in profits, a 15% return on investment.

Once an ace is ready for production, printing and selling additional copies of the ace must make $15. It costs a penny to print an Ace, and the company expects to sell 150 of each ace in the United States. If they charge 11 cents, the dime profit on 150 Aces will result in $15 and a $2 profit for each Ace.

Our company’s 15% profit margin is reasonable when you consider the risks involved, but statistics can be wildly distorted. It can be claimed that while each ace only costs $1 to develop the company has a gross profit of $15 or 1500%. Furthermore, each ace only costs a penny to manufacture but the company gouges a dime profit for a thousand percent mark up. Statistics like these are often used to portray pharmaceutical companies as choosing greed instead of helping the advance of medicine. Nothing could be further from the truth.

Only private enterprise provides the incentives to develop the pack of cards in the first place. If you set price controls much below a dime, the industry will stop developing the pack of cards and children will suffer and die for lack of treatment.

Furthermore, only the private sector has the incentive to fund those treatments that have the best chance of being widely valued. Give funding to the public sector, and it will fund treatments for politically correct reasoning regardless of the benefit. Only free enterprise votes an appropriate monetary value for each treatment.

Many public policy studies suggest that the current mountain of government regulation has already prevented an Internet style revolution of the pharmaceutical industry by prohibiting a pharmaceutical “Bill Gates.”

If the US has to pay 11 cents per Ace, how does Canada get away with only paying six cents? The answer is that Canada only wants to purchase 10 of each Ace and through price controls refuses to pay more than six cents each. From the drug company’s point of view, this is an additional $2 of profit once the pack of cards is developed in the first place. Instead of a 15% return on investment they receive a 19% return on investment.

They would be foolish not to take the offer and increase their profit because their decision is looking only at the marginal manufacturing costs. Having paid for the development of the pack of cards for the United States market, they can afford to manufacture the aces for anything over the penny it costs to produce one.

When Canada implemented socialized drugs by fixing prices the industry lost a small amount of revenue, but did not stop producing the pack of cards. But if the U.S. socializes drugs it will kill the entire pack, and many people who might otherwise be saved by those treatments.

If companies tried to develop the pack of cards for Canadian prices of six cents per ace they would recoup only $30 in the U.S. markets and $2 in Canada for a net $20 (38%) loss on their $52 investment. There are better solutions.

The U.S. could require drug manufacturers to sell drugs in the U.S. for the best deal they charge other countries. This “give us your best deal” legislation would force the drug companies to stop using the U.S. markets to subsidize socialized medicine elsewhere in the world.

They would simply say “No” to Canadian socialism to avoid jeopardizing the free market that funds the whole pack of cards in the first place. This legislation would appropriately punish Canadian socialism rather than punish the engine of free trade that gives the world its miracle cures. Why, instead, would you want to reward Canada by running American funded pharmaceuticals through a socialized markup simply to kill the entire industry?

Canada doesn’t want to help fund the pack of losers; they just want to buy the final hand of four aces. Such hands don’t come cheap. Given the choice between paying full fare and not having access to those life-saving aces Canada will ultimately pay. And when Canada pays their fare share American prices will fall slightly.

In our example, if Canada paid their fair share prices would fall. The company would change from selling Canadian Aces at six cents and the United States Aces at eleven cents to selling everyone Aces at ten and a half cents.

Canada doesn’t have a better method for funding the development of pharmaceuticals nor the delivery of healthcare. Canada’s method is to take America’s deck, give it a false shuffle and then deal itself four aces off the bottom. American shouldn’t fold our own hand, and we shouldn’t be fooled by Canada’s bluff that they could support the development of miracle drugs through socialized medicine.

Photo by Gianni Zanato on Unsplash