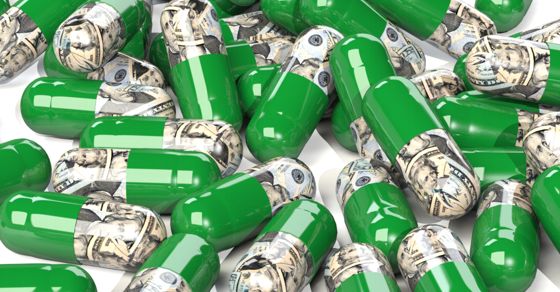 Dr. Michael Kirsch, a practicing physician and newspaper columnist, has lamented that there are questions he can never answer satisfactorily for his patients. Like many doctors, Kirsch doesn’t like Obamacare and wishes it could be repealed.

Understanding the economics behind his first question, “Why are drugs in Canada so much cheaper than the same drugs purchased here?” should help everyone understand how legislation could improve the situation rather than making it worse.

Here is the short answer: Developing pharmaceuticals is expensive and inflates the price in the U.S. markets. But once a successful drug is discovered, the incremental costs of manufacturing a little bit more is lower, and selling at a lower cost in price-controlled Canada still makes a profit. Because the United States can offset development costs, selling at a reduced price in Canada earns them additional profit.

Most people’s first thought is, “Why don’t we just institute price controls in America?” Here’s a simple example to illustrate how price controls could ruin the system.

Imagine a deck of playing cards represents 52 potential drugs. Developing a drug is equivalent to owning the patent on a specific playing card and costs $1 per card. If a company develops all 52 cards in the deck, it will cost them $52.

Only a handful of cards results in useful medicine. Most cards are worthless. For our purposes, we assume only the four aces are marketable and the remaining 48 cards are a pack of losers. Some companies are lucky enough to find a priceless wildcard; others go bust early with a handful of low cards. Imagine that one company develops all 52 cards and gets exactly four aces they can take to market.

This company invests $52 in research and gets four aces. To be profitable, they must make a total of $15 per ace to produce a 15% return on investment, $60 total or $8 in profits.

Once an ace is ready for production, manufacturing each ace costs a penny. The company expects to sell 150 of each ace in the United States. As a result, if they charge 11 cents, the dime of profit will result in the $15 they need as return on their investment. After covering the cost of development, they will receive a marginal $2 profit for each ace.

Our company’s 15% profit margin is reasonable, but the statistics can be wildly manipulated.

Consider these possible distortions: The company has a gross profit of $15 on an ace that only costs $1 to develop; that’s a 1500% return. Or each ace only costs a penny to manufacture; the company is gouging a 1000% markup when they charge an extra dime.

Statistics like these are often used to portray pharmaceutical companies as choosing greed over helping advance medicine. In reality, most drugs researched are duds that never move out of development. The drugs that are ultimately successful must carry enough profit to support the losers or the pharmaceutical company will go out of business.

If the government intervenes and sets price controls, the industry will have to be more cautious in their development. They won’t be able to make enough profits to support the inevitable dud drugs they’ll find. Pharmaceutical companies will have to curb research to stay in business. They’ll miss out on finding the successful drugs they would have found without price controls. Then the sick will suffer and die for lack of those lifesaving treatments.

Only a free market provides the incentives to develop new drugs in the first place.

So “Why are drugs in Canada so much cheaper than the same drugs purchased here?”

The answer, to use the analogy, is that Canada only wants to purchase 10 of each ace and through price controls refuses to pay more than 6 cents each. From the drug company’s point of view, this is an additional $2 of profit once the pack of cards, duds and all, has been researched. Instead of the 15% return on investment they would receive from just the United States, they could receive a 19% marginal return by selling in a new market and abiding by Canada’s price controls.

They would be foolish not to take the offer and increase their profit. They count on paying for the development costs via the U.S. market. As a result, they can afford to sell for less in Canada.

When Canada implemented socialized drugs by fixing prices, the industry lost a small amount of revenue. Pharmaceuticals fell back onto the U.S. markets to survive. However, if the United States goes the way of Canada, it will kill both pharmaceutical research and the many people who might otherwise be saved by those treatments.

The United States could require drug manufacturers to sell drugs in our country for the best deal they charge other countries. This “give us your best deal” legislation would force the drug companies to stop using U.S. markets to subsidize socialized medicine elsewhere in the world.

Pharmaceutical companies would reject selling at socialist price controls rather than jeopardize the much larger free market that funds all the research in the first place. This legislation would appropriately punish Canadian socialism rather than punish the engine of free trade that gives the world its miracle cures.

Canada doesn’t want to help fund the pack of losers; they just want to buy the final hand of four aces. Such hands don’t come cheap. Given the choice between paying full fare and not having access to those lifesaving aces, Canada will ultimately pay. And when Canada pays their fair share, American prices will fall slightly.

In our example, under Canadian price controls, the pharmaceutical company sold 40 Canadian aces at 6 cents and 600 U.S. aces at 11 cents. However, when faced with the “give us your best deal” legislation, they would sell aces at 10.5 cents to everyone.

Canada doesn’t have a better method to fund the development of pharmaceuticals or the delivery of health care. Canada’s method is to take America’s deck and give it a false shuffle, dealing itself the four aces off the bottom. America shouldn’t fold our hand or be fooled by Canada’s bluff that they would refuse to purchase miracle drugs at full price.

Dr. Kirsch, we hope this explanation helps you answer your patients’ question.