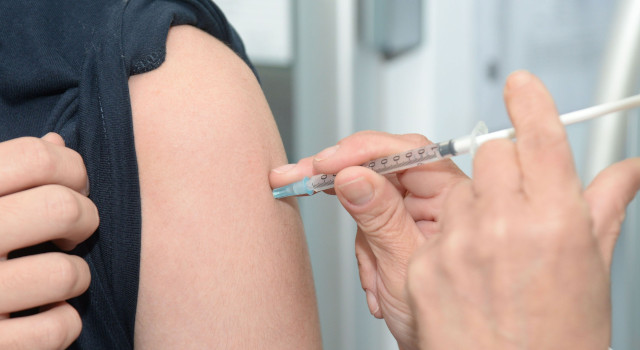 The threat of a bird flu pandemic and the shortages of an ordinary flu vaccine reveal the failing health of the vaccine market. Some blame the pharmaceutical companies and demand tougher government controls, but it is this kind of misconception which landed us with the flu vaccine shortages in the first place.

Vaccine shortages will continue to be the norm as long as we fail to enact policies which support the industries that provide them.

Three of the past five flu seasons have seen shortages of flu vaccines in America. This season, hospitals and clinics are again reporting more shortages due to delays in production.

More than 36,000 Americans die each year of the flu and another 200,000 are hospitalized due to complications. The ongoing threat would suggest there is a viable market for flu vaccine providers, not to mention the strong demand for flu shots this season. But, providers have steadily abandoned the U.S. market due to slim profits, high production costs, and the risk of litigation.

Government price-fixing is largely to blame for forcing producers out of the market. Forty years ago, more than 26 companies produced vaccines in the U.S. In 2004, only four companies remained.

To stop shortages, many are calling for government to control production and distribution of vaccines. However, it is big-government programs such as Vaccines for Children – signed under the Clinton administration – which expanded the government’s role in providing vaccines and precipitated our current crisis.

Uncle Sam now purchases nearly 60% of all children’s vaccines and 20% of all flu vaccines sold in America. Using its monopoly, the government has strong-armed producers into selling vaccines far below market prices. Its demand for cheap vaccines has squeezed providers out of the market.

While it’s hard to muster pity for diminished drug company profits, negligible earnings from vaccine sales are what ultimately jeopardized their production and supply. With little opportunity to come out in the black, companies cannot afford to produce vaccines, let alone produce extra for emergency shortages.

Once a plant is operational, there is still the chance supplies won’t pass inspection, as in the case of last year’s flu vaccine supply. Overnight, Chiron had to dump 48 million doses of flu vaccine slated for the U.S. market. And with that, we lost 50% of our flu vaccine supplies.

Ultimately, vaccine sales account for only 2% of drug company sales. For all the price controls and red tape, the risk of litigation drives the last nail in the coffin for producers.

The solution is not more government controls and price caps, but less. Removing government price caps, providing funding for new production technology, and offering tax credits for new vaccine production facilities will provide a long-term solution to vaccine shortages. Market supply and demand will take care of the rest.

Photo by Hyttalo Souza on Unsplash