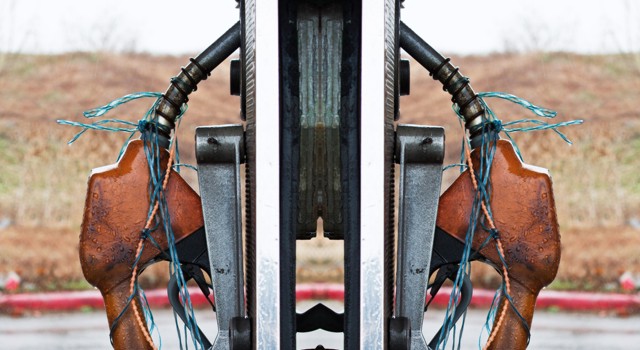 Crude oil prices are well over $40 a barrel and gasoline prices are over $2 a gallon. Politicians are promising to do something if elected. I promise to do less than nothing.

Last week I explained why lowering the price of oil would do substantial harm and promised that if elected President I would do less than nothing.

High oil and gasoline prices are good. Without any coercion high prices set energy policy more effectively than any government program could. The higher cost of oil provides the negative feedback to decrease consumption and encourage new energy production.

Although I would not legislatively decrease the price of oil, I would eliminate several legislative actions that are currently inflating the price.

First, I would remove the taxes on gasoline. Gasoline taxes are a regressive tax. Poor families pay a higher percentage of their income to these consumption taxes than do the rich.

In Virginia, we have 17.5 cents a gallon in state excise tax, 1.4 cents other state taxes, and 18.4 cents federal taxes for a total of 37.3 cents a gallon. If you believe that even half of this money is well spent I have $180 million dollars in Route 29 bypass plans I’d like to sell you!

At least 40% of the federal gasoline taxes are wasted on non-highway items of dubious general welfare. And 2.86 cents of the revenue is used to subsidize mass transit unused by all but a few large cities.

As an additional inequity, Virginia is a donor state. That means that Virginia, like most southern states, sends the government more in gasoline taxes than it receives in federal pork. We don’t even get to waste our own money! Most of the pork is sent to the Northeast and to states with more influential senators.

Although Virginia doesn’t require minimum pricing, it does ban wholesalers from operating their own stations. A Federal Trade Commission Report found that these “divorcement laws” add an average of 2.7 cents per gallon in Hawaii, Connecticut, Delaware, Maryland, Nevada, Virginia and the District of Columbia.

First the government increases the price of gasoline 40 cents a gallon. Then when the price is high they blame the free markets and propose solutions that would make the problem worse and punish the innocent. Only by removing government’s power can we guarantee that the powerful won’t abuse, nor the well-intentioned ruin, the exercise of freedom.

Photo by Scott Rodgerson on Unsplash