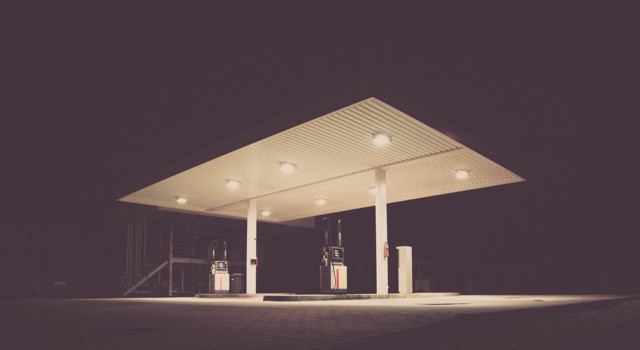 On Friday, the price of a barrel of crude oil crossed $46, the highest level in 21 years. In the short run this is very bad news. It hurts the U. S. economy by increasing the cost of manufacturing and slowing the all-important consumer spending. The heavy summer driving season, America’s love of sports utility vehicles, the global economic recovery and the always uncertain geo-political situation in the Middle East production areas all contribute to the bad news.

The current situation will stimulate politicians to call for government action to reduce prices. They forget that government action in the 1970s only made the situation worse. Do we really want to go back to long lines at gas stations and filling our tanks on odd days if our license plate ends with an odd number?

The good news is that high oil prices are good in the long term. Without any coercion, high prices set energy policy more effectively than any government action could. High prices will decrease the use of oil. As gasoline prices increase, marginal driving will be reduced, carpooling encouraged, use of public transit increased, people will use their bikes and even walk more. Public transportation is becoming more user-friendly in our area on the San Francisco peninsula.

Higher oil prices will foster conservation. They ensure that the oil we use will be directed to the most valuable purposes. Reduced oil consumption means reduced pollution.

Higher oil prices will encourage alternative energy development. As the price rises, the extraction of oil from our shale deposits may become competitive. The increase use of ethanol made from U. S. agricultural crops such as corn would be a boon to our domestic farmers. Wind and hydro-electric power will become more competitive. More research on solar energy will ensue.

Higher oil prices will encourage the production of fuel-efficient cars. There will be an increased use of hybrid cars. The domestic and foreign production of such cars (which use both gasoline and batteries) can hardly keep up with the present increased demand. Currently, the U. S. government must subsidize billions on research into trying to develop efficient and pollution-free hydrogen engines for automobiles. Higher oil prices will naturally make this research cost effective.

Higher oil prices will encourage more domestic oil production. The disadvantages of taking more oil from the north slope of Alaska will have to be balanced against our heavy dependence on unstable Middle East oil supplies that jeopardizes our national security interests.

In our client’s portfolios we always include investments in what we call “hard” asset investments, including stock in oil companies. The purpose is primarily as a hedge against inflation. However, if you believe that the oil companies are prospering too much from the current high oil prices, you can always buy stock in them and thereby hedge your dependence on gasoline.

If federal, state, and local governments want to help car owners, they could reduce the high levels of taxes on gasoline that in some areas equals one-quarter of the cost of a gallon of gas. Gasoline taxes are a regressive tax. Poor families pay a higher percentage of their income on these consumption taxes than do the wealthy.

Overall, however, the higher cost of oil provides the negative feedback that will decrease consumption and encourage either alternative or additional production. Let the free market work its magic. Markets are brilliant in their ability to determine the optimal value and use of limited resources. Free markets are effective; government bureaucrats are not.

Photo by Markus Spiske on Unsplash