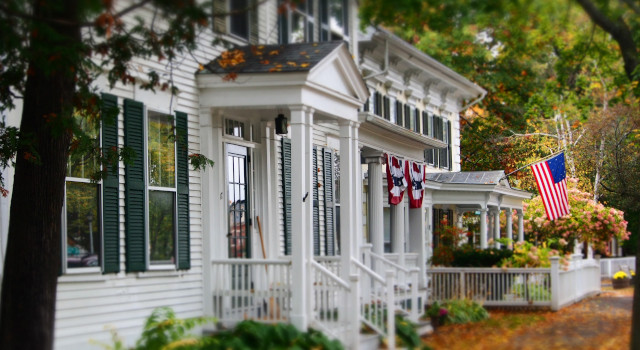 In 2022, the United States dropped to its lowest score ever in The Heritage Foundation’s Index of Economic Freedom.

While many subscores saw large increases, it was the steep drop in fiscal health which pulled down the overall score of the United States.

Here is the way the author’s of the Index of Economic Freedom described the United States :

The 2020 pandemic throttled relatively solid economic growth that had been stimulated by tax cuts and a lightened regulatory burden. Unfortunately, unchecked deficit spending and unprecedentedly accommodative monetary policy not only continued, but also accelerated in 2020 and 2021.

It was this “unchecked deficit spending” which has ruined the United State’s fiscal health.

As the Corporate Finance Institute wrote:

A high debt-to-GDP ratio is undesirable for a country, as a higher ratio indicates a higher risk of default. In a study conducted by the World Bank, a ratio that exceeds 77% for an extended period of time may result in an adverse impact on economic growth. It was indicated that each additional percentage point of debt above that level reduced annual real growth by 1.7%. For reference, the USA’s debt-to-GDP ratio was 105.40% in 2017. Therefore, when the ratio is high (>80%), a country is likely to exhibit a slowdown in economic growth.

The U.S. debt was massive in 2017 and has only grown. In the 2022 Index of Economic Freedom, The Heritage Foundation reports that for the United States :

Government spending has amounted to 38.9 percent of total output (GDP) over the past three years, and budget deficits have averaged 9.0 percent of GDP. Public debt is equivalent to 127.1 percent of GDP.

The United State’s debt-to-GDP ratio jumped in 2020 and 2021 bringing us to one of the world’s most indebted countries. We have joined the PIGS (Portugal, Italy, Greece, and Spain) as well as Japan. Here is a list by debt-to-GDP ratio: Venezuela, Japan, Sudan, Greece, Lebanon, Cape Verde, Italy, Libya, Portugal, Singapore, Bahrain, United States, Mozambique, Bhutan, Angola, and Spain.

Inflation is measured by a rise in prices but it is not the rise in prices. As Investopedia explains, inflation is “the decline of purchasing power of a given currency over time.” Inflation is not the result of corporate greed or profiteering but rather is primarily a monetary matter. More dollars chasing fewer goods. And who controls the currency to create this problem? There is only one entity: government.

Americans are generally unfamiliar with the purchasing power of our currency fluctuating wildly. In 2008, the value of a dollar increased sharply as financial institutions needed to raise cash. The resulting drop in the stock market as these financial institutions sold their massive portfolios could be anticipated. It was also short-lived. Six months after the bottom, the markets had recovered most of their value. Now cash is being devalued as the money supply is being expanded. This is what is meant by “inflation.”

Here is a graph of the federal reserve’s measure of money, M2:

Jeff Stein and Rachel Siegel of the Washington Post recently wrote, “What should the White House do to compact inflation? Experts weighed in with 12 ideas. ” Touted as “independent experts from across the ideological spectrum”, the proposals had one correct answer from Brian Reidl of the Manhattan Institute (#2 Stop the spending) to 11 incorrect answers. Let’s look at these incorrect answers to learn how liberals deal or refuse to deal with objective data.

Other than “stop spending”, none of these ideas will fight inflation.

What do we do?

Inflation is not something that you can just wish away. It is a fiscal and monetary formula that ultimately affects the purchasing power of everyone’s cash.

Inflation may drop from its current 7.5% down to something around 4.0%. The government will take credit for “lowering inflation” but the appearance of lowering will be recency bias.

At 4.0% inflation, cash will lose 82.88% of its value over 45 years. Such loss of value can ruin a retirement plan more so than any market returns. Your long term investments need to appreciate well over inflation. The best method to do that is to stay mostly invested in stocks.

Photo by Craig Tidball on Unsplash