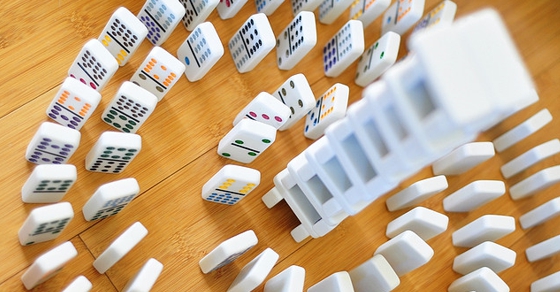 What really happened to the markets in 2008? They were dropping so quickly that it seemed like they might go to zero. I’ve gotten back in but not even half as much as I was then. And now I’m worried that a drop like that is going to happen again.

It is helpful for investors to understand how the market works and how it might react before they invest. The better they understand the markets the less likely they will be to make the wrong decision at exactly the wrong time.

How a market is made

My grandfather, Donald Mortlock, worked for a market maker between 1929 and 1931. Sometimes there are more buyers than sellers, in which case the market maker sells stock from their pool of stock. They are allowed to raise the “ask price” until someone else wants to sell their stock and a market between traders is achieved. Other times there are more sellers than buyers, in which case the market maker buys stock to put in their own pool. They are allowed to lower the “bid price” until someone else wants to buy stock and a market equilibrium is again achieved.

Stock prices for an individual stock can fall all the way to zero as the company goes bankrupt, but stock prices for the market as a whole can never go to zero. In a hypothetical market where all stock prices are approaching zero, I should be able to take the change out of my pocket and buy every share of every publicly traded company in America. Long before that, people with a lot more money would have been willing to buy, thus raising prices to some positive value above zero.

Most shareholders are neither buying nor selling. They don’t change the price of stocks at all. Even a small number of traders selling can push prices very low before the market finds resistance. That is what happened in 2008.

In just 189 days the S&P 500 dropped from 1300.68 to 682.55, losing 47.5% of its value. This scared many investors simply because they did not understand why it was happening. You shouldn’t invest in what you don’t understand. And if you don’t understand why the markets do what they do, you will be prone to make a bad decision at the worst possible time. The more you understand the markets, the more comfortable you will be with their inherent volatility, which only increases when the value of a dollar itself moves.

Which measurement is correct? We assume that the measure in dollars is somehow better, but how reasonable is it to use the dollar as a standardized measurement when its value was changing?

Here is the value of Brent Crude Futures for that same time period: 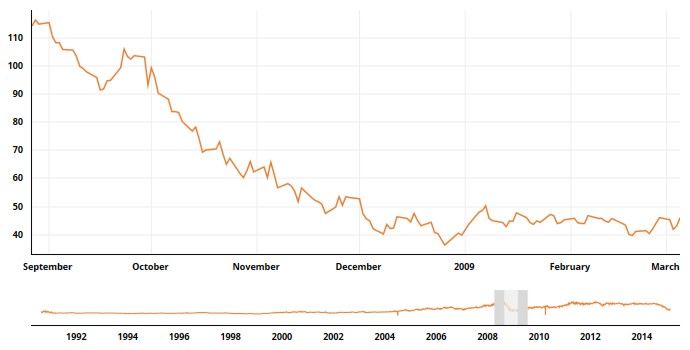 If you ignore the movements of the dollar, you can see that in a strengthening dollar environment, people preferred the S&P 500 over Brent Crude futures.

Financial companies in danger of going bankrupt needed to raise cash and so cash became extremely valuable. They sold stocks on the exchange at whatever value in dollars they could get because without dollars they were bankrupt. Many of them went bankrupt anyway. None of that reflected the real value of US companies, it merely reflected the desperation of financial institutions.

Again, most Americans don’t understand monetary policy very well. This is natural. Since we measure everything in dollars, our minds are wired to assume that the dollar has a fixed value and we measure the change in everything else. But when the value of a dollar is what is changing we are not able to adjust our thinking very easily.

The smart investors rebalanced at the bottom and received a large rebalancing bonus, buying back into the markets at the bottom. Everything is traded, even currency, which means everything has shifting value. Smart investors expect that volatility and let it work for them instead of worrying about it.