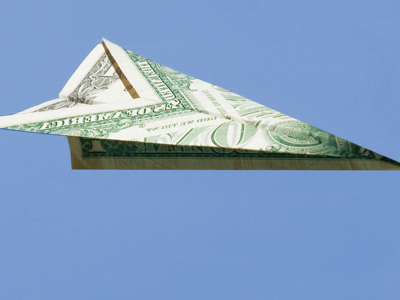 In yesterday’s article, “What Happened This Summer?” I commented:

At least part of the movement in the markets was due to the changing values of currencies. The U.S. Dollar Index strengthened 5.3% during the quarter, first dropping and then sharply strengthening. The euro, in contrast, dropped 7.1%.

The average investor assumes that the value of currency is stable. Most of the time this is true. Sometimes it is not.

Normally when credit is easy dollars flow through the financial systems quickly and one dollar changes hands several times during the course of a week. This frequency of exchange is called the “velocity of money.” During the financial crisis of 2008, credit was hard to come by as banks could not use as collateral assets suspected of being toxic. The velocity of money nearly went to a stand still and the value of a dollar became very dear.

If the velocity of money slows or money becomes very dear then everything denominated in money falls. If dollars are twice as valuable it will only take half as many dollars to buy the same amount of stock. That means the stock market values drop by 50%. When what moves is the value of a dollar, and dollars are strengthening, everything valued in dollars falls together.

At least part of what happened this summer is that the dollar strengthened 5.3% and the value of the Euro dropped 7.1%.

Here is a chart of the US Dollar Index measured against a basket of other currencies. You can see the dollar strengthening in 2008 and it is marked again as it strengthened over the Summer. One of the important questions is: Will the dollar continue to strengthen, or will it continue the trend of being devalued and weakening? Put another way: Will we see the deflation we saw this summer or inflation going forward? This summer was a reversal of the longer term trends we’ve been seeing. 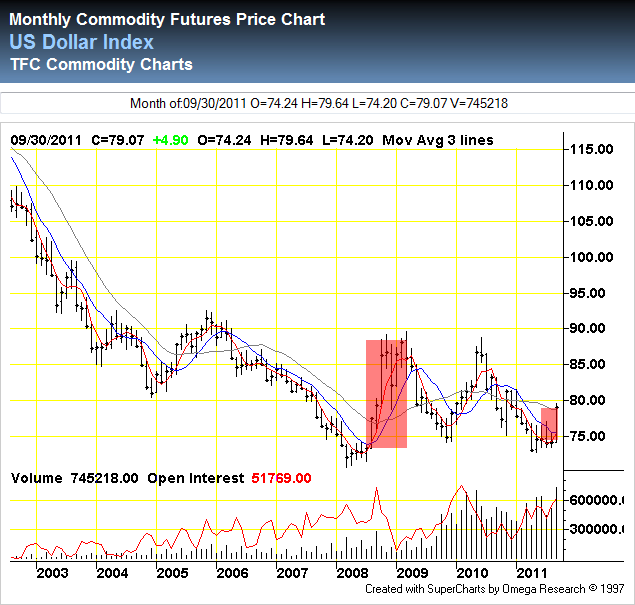 This summer the S&P 500 was down 13.7%, but about 5.3% of that drop was simply the dollar strengthening. This doesn’t make the drop much easier to stomach, but it does explain some of the factors which comprised of the drop.

The dollar strengthened this summer, but we think the dollar will continue to be devalued going forward. That seems to be the only way to reduce the U.S. deficit and make it easier to pay off with cheaper dollars.

Here is a chart showing the value of the Euro Index dropping sharply over the summer against a basket of currencies: 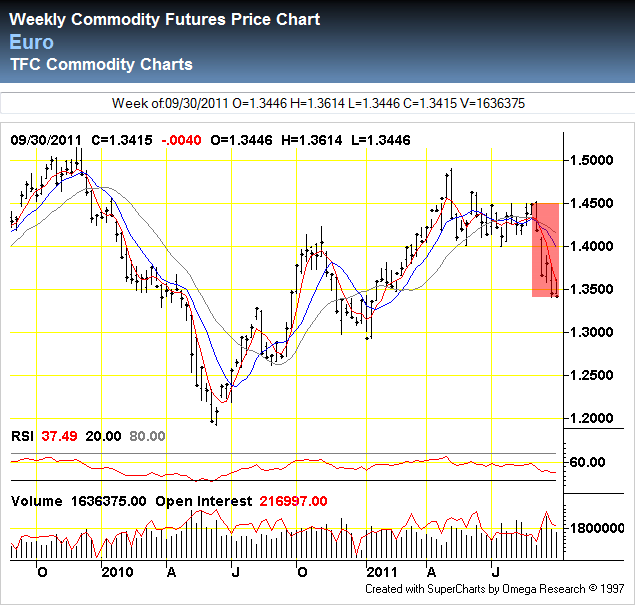 The Euro chart works slightly differently. Since European investments are denominated in Euros whose value is then translated to dollars the devalued Euro translated into fewer dollars exaggerating the drop in European stocks. This is why I wrote:

Japan, an underperformer for years, was only down 9.3% for the quarter. The European Monetary Unit (EZU) was down 29.6%.

Japanese stocks were denominated first in Yen, which strengthened over the summer helping their value as measured in dollars. But the Euro was devalued as it became clear that Europe would have to have its own version of Quantitative Easing (QE) in an attempt to balance its books.

Currency movements like these are as common as they can be painful. But currencies, like the markets, do not move in the same direction continuously. This summer was an ebb in the otherwise flow of the markets. Don’t be fooled into thinking that the tides only move in one direction.