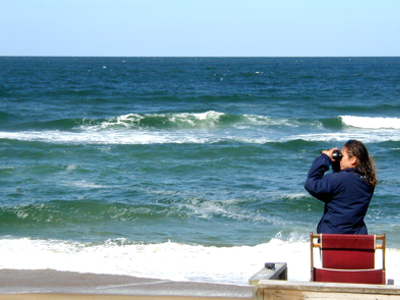 This summer many things that should do better over a long-term investment strategy did not. This situation is not unusual for one quarter’s worth of time. Such a result only makes reversion to the mean much more likely in the coming quarters.

Last week I likened investing to playing chess in slow motion: you make a move and then see six months later if it was a good one. Six months is a good time frame, but your investment strategy should be geared for the long term. In this column I am looking at a relatively short-term movement during just the third quarter from June 30 through September 30, 2011.

The returns I am using here are those for specific exchange-traded funds (ETFs), usually iShares, rather than abstract index numbers. I’m using the adjusted close from the Yahoo! Finance site. These numbers are close to the official index numbers, but they are off by the tracking error of the ETF and by the fact that dividends are not counted as being reinvested. I refer to the symbol of the specific ETF in parentheses.

During the second quarter, the S&P 500 (IVV) was down 13.7%. Down months usually invert the basic wisdom of investing. Categories that do better when the markets are up generally drop more when the markets are down. So by maximizing returns for the long term, investors may see their portfolios drop more during a down quarter.

Foreign stocks generally do better than U.S. stocks. This quarter the iShares EAFE foreign index ETF (EFA) was down 20.6%, and Emerging Markets (EEM) was down 26.2%. North American Hard Asset stocks (IGE) was down 23.1%. All of these returns were significantly worse than the S&P 500.

As my love of games grew, I learned to play party bridge with my mother and would substitute for a member of her bridge club as needed. I did not enjoy the random chance of the deal. There was no score for how well you played, only a score for how well the card fell. It wasn’t until I started playing duplicate bridge in my early 20s that I began to love the game.

In duplicate bridge, players compete against multiple partners playing the same hand repeatedly. You might bid and make a small slam and lose because everyone else playing the hand bid and made a grand slam. Or you might be set two tricks doubled and win because everyone else playing your hand let their opponents win the game. As a result, duplicate bridge pushes you to learn how to play the best hand you are dealt.

As a bridge player, you always play the odds. If there is a 60% chance the queen is on your left and you need to finesse, you finesse on the left. You are making the right move even if it turns out that this time the queen is on your right. Playing the odds is always right even when it happens to be wrong this time.

The same principles apply to investing. Staying invested during the summer months, on average, is better than jumping out of the markets every summer. This is true even though the summer months have a smaller average return than November through April. In this regard, investing this summer was not a mistake. It was just unfortunate.

I reserve the term “mistake” for decisions you should have known not to make before investing. For times when the market drops, that is not a mistake. It is just unfortunate. It is a mistake to be invested in annuities with high fees and years of withdrawal penalties. It is unfortunate when tilting small and value, which usually pays off, does not do so for a quarter.

Asset allocation means always having something to complain about. For the past decade it was the S&P 500 that underperformed. This quarter with the S&P 500 down only 13.7% was better, relatively speaking, than many of the other asset classes.

It is instructive to look at the breakdown among foreign countries. The iShares EAFE Index (EFA) was down 20.6%. Japan, an underperformer for years, was only down 9.3% for the quarter. The European Monetary Unit (EZU) was down 29.6%. Germany, one of the best countries in the European Union, took the worst hit and was down 32.1%. Investors reset German stocks in light of the need of the country to bail out Greece and potentially Italy as well. Italy was down 32.5%. European Financials were also down 32.1%.

The six countries with the highest economic freedom according to the Heritage Foundation’s study (Hong Kong, Singapore, Australia, New Zealand, Switzerland and Canada) fared better and only averaged down 19.1%.

At least part of the movement in the markets was due to the changing values of currencies. The U.S. Dollar Index strengthened 5.3% during the quarter, first dropping and then sharply strengthening. The Aggregate Bond Index (AGG) was up 4.0%. The euro, in contrast, dropped 7.1%. Precious metals were similarly choppy. Gold rose 8.13% during the quarter while silver dropped 14.6%.

Investing this summer was unfortunate but not a mistake. It is always a good time to have a balanced portfolio. And you shouldn’t let a summer quarter’s correction ruin a brilliant long-term investment philosophy.