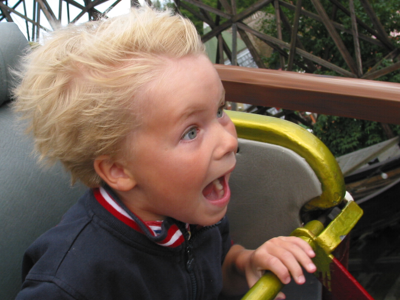 Stocks drop because there are more sellers than buyers. When this happens, the market makers are forced to buy, and as they do they lower the price. My maternal grandfather, Donald Mortlock, worked as a market maker on Wall Street. If you understand how the price moves when there are more sellers than buyers you also understand that at some price the market finds resistance and the markets stop dropping.

Paul Katzeff of Investor’s Business Daily wrote at the end of last month an article entitled, “Stock Funds Shed $29.29 Billion.” In that article he wrote:

Investors pulled $29.29 billion from stock funds in August, as the market fell.

It was the fourth straight month of outflow and just 5.6% short of July’s $31.06 billion, according to the Investment Company Institute. It was also the seventh highest monthly outflow since the ICI began tracking flow in 1984.

Signs pointed to a slowing of outflow this month. 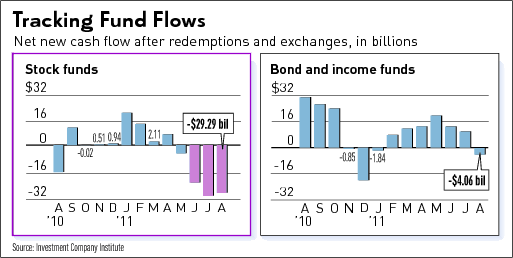 As you can see from this chart, $83.31 billion is a lot of outflow from stock mutual funds. Stocks drop when there are more sellers than buyers. And when there are outflows like this stocks drop precipitously. But the dropping can’t go on forever. Ultimately resistance is met.

This is, however, a good time to  rebalance your portfolio. Rebalancing at this time means selling bonds and buying stocks.