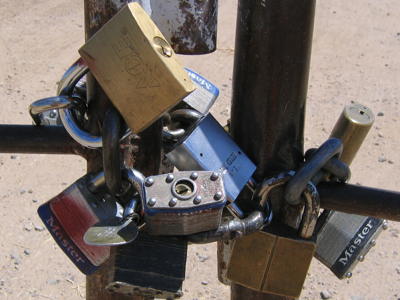 When I read articles like this one from Christine Williamson of Investment News it confirms much of our Safeguarding Your Money philosophy:

The problem, Mr. Varga said, arose because “everyone had so much money to put to work in 2005 and 2006 that they turned to nonstandard investments like life settlements, direct-lending arrangements and asset-backed lending, among other exotics, that turned toxic.”

The number of gated funds or those with emergency side pockets is impossible to tally, and the dollar value of their illiquid portfolios is only an estimate, he said.

“There is so little transparency available about what managers are locked up, what they have in their portfolios and whether the managers’ valuations of their illiquid assets are at all realistic,” Mr. Varga said.

This provides a specific example of (1) why we do not recommend hedge funds, (2) why we only invest in things which are publicly priced and traded, and (3) why we never invest in any investment which has a lock up period or redemption fees.

You don’t get a second chance to plan for your retirement. You can’t afford to learn these lessons the hard way.