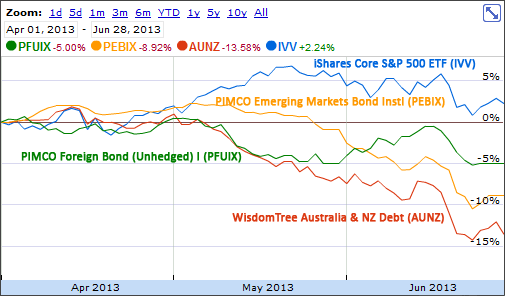 In “US Bonds Drop Value in 2013 Q2 As Interest Rates Rise” we wrote about how bonds and bonds funds drop in value as interest rates rise. Many investors don’t understand why a bond, which pays a fixed rate of interest and then at the end of the term pays a fixed amount of principle would have its price fluctuate. But they do. Foreign bonds also suffered from interest rates rising:

But if the U.S. dollar strengthens against the foreign currency then you will get paid back in a less valuable currency and lose some of your purchasing power. 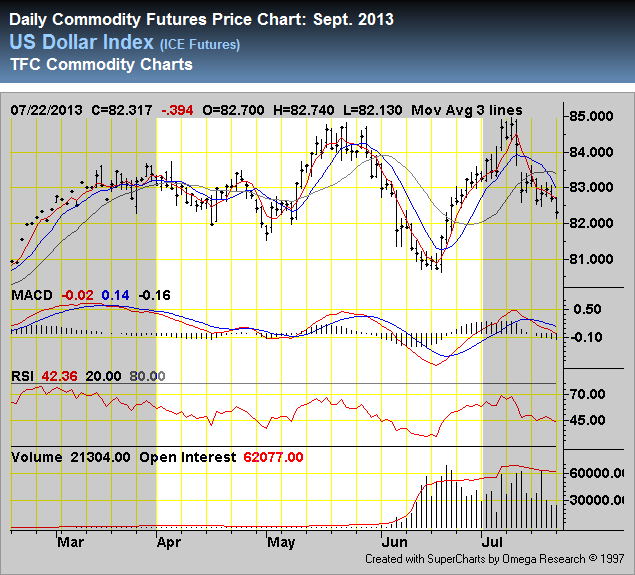 The drop for the average basket of currencies against the U.S. Dollar was greater or smaller depending on the country.

One of the worst drops during the quarter was the Australian Dollar: 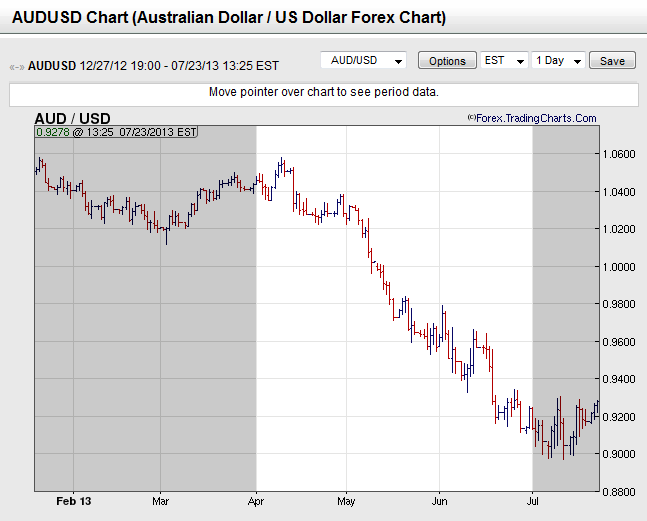 Foreign bonds play a very specific role within a portfolio of protecting a portion of your stable fixed income funds against the devaluation of the U.S. Dollar.

Just because the dollar strengthens for a quarter does not mean you should abandon this strategy.