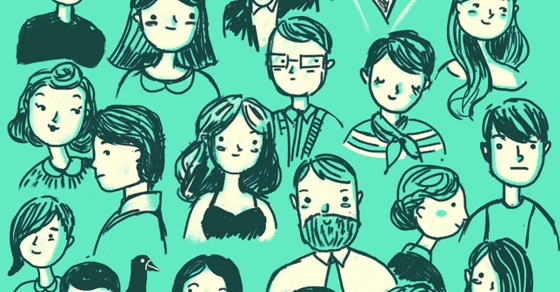 Robert Pagliarini is a financial advisor who specializes in servicing lottery winners or people who are suddenly wealthy. In an interview with Katie Couric, he gave the following advice to lottery players: to those who find gambling enjoyable, he advised that they 1) budget out of entertainment and 2) make a contract for any lottery pool you join.

Regarding the former, he reminds you that you probably won’t ever win the lottery. However, you also won’t win money from purchasing a movie ticket. Like any frivolous purchase, not winning money doesn’t mean that you can’t play. Pagliarini says, just purchase lottery tickets out of your entertainment budget. Never make the mistake of converting your savings into donations to your state lottery.

On the latter, he says that office lottery pools almost always end in lawsuits because verbal agreements are overlooked or ignored when large amounts of money are at stake. If you’re going to pool with other people, formally write down not only the conditions of one of your tickets winning but also even which tickets are the pooled tickets.

1. Businesses can give you money and still make a substantial profit.

Money doesn’t grow on trees and even the lottery is a for-profit business. Perhaps it is easy for us to remember that with regards to the lottery, but for some reason when it comes to insurance we all forget it. Pete (who goes by the pseudonym Mr. Money Mustache) writes about living frugal so that you can retire early. In a post titled, “Insurance: A Tax on People who are Bad at Math? ” he writes:

This seems obvious, but some people still need a little reminder, because I keep hearing things like, “I need dental insurance, so I don’t have to pay the $300 every time I take my kid to the dentist!”. That’s a mindset that is imagining that insurance actually SAVES you money on average, which it does not – otherwise the insurance companies would all lose money – which they do not!

He reminds us that there are only three reasons why it would be okay to purchase insurance:

Any other insurance is like purchasing a lottery ticket: if you find it fun, I suppose you could pay for it out of your entertainment budget.

2. You control your own destiny.

As we wrote previously in Wealth Inequality in America Part 3:

Stuart Butler of the Heritage Foundation said, “Saving that money, rather than throwing it away on Powerball, means a family could accumulate almost $90,000 over a working life. . .. Saving has been replaced, unfortunately, by the culture of the lottery ticket. . .  There are now more payday lenders than McDonald’s franchises in four of our five most populous states.”

It is sad that this state-run monopoly can be such a death trap to comfortable living. However, the lottery isn’t entirely to blame. As Mr. Money Mustache says in “Wealth Advice that Should Be Obvious “:

Gambling and lotteries are actually a double-whammy of loss: you are sticking your fingers into the spinning blades of poor odds, and you are handing over psychological control of your wealth to something out of your control. You are making yourself the victim: “I will become rich if the system decides I will, and otherwise I will remain poor”. It’s the wrong way to think.

Pagliarini says to potential lottery players, “Daydream what it would be like if you won,” (the external locus of control) “and then, do everything you can to create that life even if you don’t win” (move to an internal locus of control). If the poor allow their dreams of what they’d do with lottery winnings to inspire change in their life, then the lottery could help them. Being wealthy is having  a wealthy mindset.

When lottery winners are receiving their millions, often the announcers will say something to the tune of “this lottery winner spent $12 per week on lottery tickets.” I suppose they are trying to inspire other lottery players that, if they just purchased more, perhaps they too would be like this lottery winner. But the truth is, spending more to lose — and you will lose — will not be rewarding.

Spending money in general is not rewarding. Living is rewarding. And to do financial planning successfully, you need to answer the question “What is the money for?”

Mr. Money Mustache writes in “Do We Need to Fire the Entire Financial Advice Industry? “,

Right now, we are already living at a level far beyond the basics that are required to maximize our happiness. You don’t have to feel guilty or run out and change that, but just acknowledge it, because that knowledge is freedom. You could live on much less, and with the right tricks, end up even happier than you are now. It’s true for virtually everyone. So what is more efficient and satisfying: keeping an unwanted job for 20 additional years to earn more money, or learning the right tricks?

You don’t need more money to have a better life. You need purpose for both you and your money. What is the money for? What would life be like if you won the lottery?

Let these daydreams help you shape your own destiny.