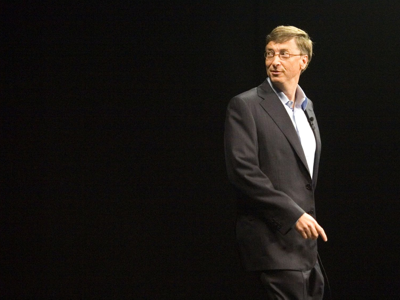 In Part 1, we discussed the shortcomings of Michael Norton and Dan Ariely’s study, featured in the popular video “Wealth Inequality in America.” The filmmakers try to shock you with the distribution of wealth in America and then slyly suggest that most people would favor redistribution.

But redistribution on the scale Norton and Ariely suggest primarily curtails economic growth rather than elevating the impoverished.

The survey is about wealth income statistics and preferences for random wealth assignment. But people are not statistics, and wealth is not a game of random assignment.

Let’s apply their socialist ideas to a sample of two real people.

Redistribution across these simplified populations would mean seizing half of the wealth of the richest and giving it to the poorest. But is it fair to take $36 billion, half of Gates’s net worth, and give it to the poorest person? Or even just $25.5 billion (35.5%), as the so-called ideal distribution from Norton and Ariely’s study would suggest?

Once the top 1% has a name and a value, the chilling nature of forced redistribution makes the idea seem less good-natured. Our greed may say, “What’s $1 billion from such a wealthy man?” But by redistributing some of Gates’s money to those with less, you may be asking him to sell his house or even ownership in the company he founded.

And though Gates may be an easy target, think about yourself. If you have any wealth to your name, your net worth is greater than the total net worth held by 15% of the population. Even your children’s pocket change is more than their net worth.

There will always be people with a net worth of zero. As we’ve often heard it said, “Poor people are poor because they are poor.” The penniless may have a wide variety of problems contributing to their poverty, but a lack of capital is surely at the root. The poor don’t have savings. If they did, they wouldn’t be poor.

Monetary habits, resources and mindset determine net worth. Unequal outcomes just lead to a new set of unequal opportunities. Asset inequality will always exist. An equal distribution of assets can only be maintained with constant forced redistribution. Blaming the 85% with 100% of the wealth for the poverty of the remaining 15% is unreasonable. The two are unrelated.

There will always be people who spend every dime they control. Forced redistribution will only maintain wealth equality until the spenders spend and the savers save. Money redistributed through welfare or held in Social Security is overlooked when estimating the distribution of wealth in Norton and Ariely’s figures. No amount of redistribution using methods like these can ever improve the statistics.

John and Susan, both 65, have just retired. With $3 million in 401(k) retirement savings, they won’t start taking required minimum distributions or Social Security until age 70. In the meantime, they are unemployed and have no income. They qualify for food stamps despite being among the most financially prepared seniors.

Nancy is a small business owner who has leveraged everything and uses her large income to service her debt. She has a net worth of zero despite controlling business interests of $5 million. She is in the bottom 15% in terms of net worth and the top 1% in terms of income.

Sam recently graduated from college. He has no savings, no income and no employment. Having never been employed, he doesn’t count in the unemployment statistics. He is financially savvy. As soon as he gets a job, he will start saving and investing, but in the meantime, he qualifies as one of the poorest Americans by any measure.

Anne is a single mother of two children running a successful daycare business. Her income is $45,000 per year, but her love language is gifts. She loves to spend money buying gifts for others and doesn’t have any savings as a result. Her net worth is zero, and she hasn’t even thought about saving for retirement.

Alex has been working since he graduated from high school at age 18. For the past 10 years, he has worked two part-time jobs. He earns the Virginia minimum wage, amounting to $11,310 per year. Living a simple lifestyle, he saves and invests at least $1,100 each year. Over these past 10 years, his investments have grown to $15,100. Even if he never earns any more, his savings will total $362,147 at age 65. In the meantime, his income is below the poverty line and his assets disqualify him from most welfare benefits.

Poverty is calculated on income and household size. Most welfare benefits are calculated on even more factors–total assets, number and type of dependents, criminal records, gender–which muddies the issue of who exactly are “those in need” or “the poor.”

No measurement of poverty reveals the same group of people. In 2000, 25.2% of those who filed a tax return owed no tax liability, 11.3% of Americans were at or below the poverty line, 15% had a net worth of zero, 14% were using the food stamp program and 4% were unemployed.

As these examples show, neither net worth nor income measurements can guarantee that someone will need monetary assistance. In fact, there is something much more nebulous that makes some people savers and other people seemingly incapable of saving.

Michael D. Tanner and Charles Hugh of the Cato Institute recently released a study on the trade-off between work and welfare. They said, “The current welfare system provides such a high level of benefits that it acts as a disincentive for work. Welfare currently pays more than a minimum-wage job in 35 states, even after accounting for the Earned Income Tax Credit, and in 13 states it pays more than $15 per hour. ”

Tanner and Hugh report that the average annual welfare benefits in Virginia are $30,547 per year tax free. With the poor receiving more in welfare benefits than the salary of most people’s first full-time jobs, it may be difficult to understand why they can’t pull themselves out of poverty.

Part 3 of this series will examine what holds the poor back and how we could help. Although “Wealth Inequality in America” hides this human part of the picture from you, aiding the poor build real wealth can be accomplished without capping the wealth creation of society as a whole through forced redistribution.