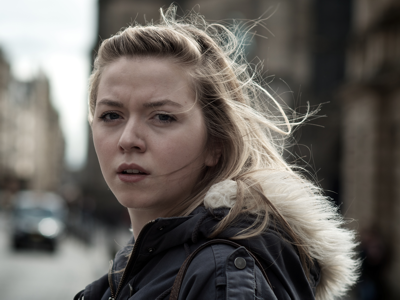 Previously in this series, we showed why wealth inequality statistics are often misleading, explained how difficult it is to define “the poor,” exposed the poverty trap hidden in our current welfare system and discussed the source of disagreements on the issue. In this conclusion, we suggest where welfare can reasonably be reformed and how much success we can expect.

As we discussed in Part 3, four factors trap people in poverty: the mindset of poor people themselves, inflation, the household net worth cap and the earmarking of welfare benefits.

Containing inflation is perhaps the easiest change to make. Monetary stability is one of the 10 components of economic freedom. Sound monetary policies benefit the whole society, whereas the devaluation of the U.S. dollar is a hidden tax for those dealing in the currency.

Meanwhile, any government-driven attempt to alter the mindset of individuals would likely deteriorate into a violation of our freedoms.

With reform on those two factors unable to solve the trap of poverty, any widespread federal solution must come from either overhauling the whole system or reforming the household net worth cap and the earmarking of benefits.

The intention of welfare benefit’s net worth cap is to prevent wealthy adults who have little income from collecting welfare benefits. These people may not have an income, but with saved resources they may not need one.

In addition to ensuring these self-sufficient citizens don’t unnecessarily receive benefits, the net worth cap also sadly discourages those in real poverty from saving anything. This short-term deterrent to saving could be what leads them to spend 5.4% of their annual income on lottery tickets rather than investments. If they save wealth slowly, they are hurt by the loss of welfare benefits. But if they win it big in the lottery, losing such benefits might not hurt them financially.

If the net worth cap was lifted, the government might subsidize people who are not truly needy. If the cap is left in place, the government perpetuates poverty by discouraging savings. Someone needs to discriminate between the needy who are trying to save to get out of poverty and the self-sufficient who currently have little income.

A more nuanced approach is necessary to determine when to award benefits. However, federal programs using subjective discrimination historically have led to widespread corruption. So long as we are using formula-based entitlements, there seems to be no good method to reform the net worth cap.

That leaves reforming the earmarking of benefits. Currently welfare benefits can be likened to gift cards, earmarked so they can be spent only on certain things. In Virginia, they are food stamps (SNAP), supplemental food (WIC and TEFAP), subsidized utilities (LIHEAP), health insurance (Medicaid) and subsidized housing. Only 15% of the $30,547 average annual benefit is money.

This earmarking attempts to prevent the government from subsidizing a poverty-trapping addiction like substance abuse. However, the heart of this concern is broader. If the government gave $30,547 of welfare benefits in cash, recipients would be free to spend it unwisely. Even buying toys or electronics goes against the intent of the gift: subsidizing their food and shelter.

Although this intention is reasonable, earmarking has negative consequences on poor families. Earmarking prevents currently poor but financially savvy individuals from allocating their funds responsibly.

Welfare earmarking budgets 24.44% of their annual income to food and 32.21% to housing, trapping most of the poor’s welfare benefit there. Without this earmarking, recipients would be able to spend less on food and housing and align their money more with their personal needs and values.

If earmarking was removed, the government might very well subsidize harmful addictions. If it is left alone, the free choices of its recipients are restricted. Under the current welfare benefit system, making financially savvy decisions is nearly impossible.

A more nuanced approach than cold statistics is necessary to determine how to award benefits. Blindly handing out $30,547 annually and hoping we don’t subsidize poverty-trapping addictions isn’t helping anyone. But federal subjective discrimination on what the poor spend their benefits on translates to micromanaging away a household’s freedoms.

From these two fatal errors in the current welfare system, drastic reform is obviously necessary.

People are only free to game the system because it is a system, not a relationship of people helping people. Even though changing the mindset and social environment of the poor would clearly help them better than handouts, such cultural reform is nearly impossible under a statistics-driven welfare system. And yet, the federal government cannot implement any other kind of welfare without threatening our constitutional freedoms.

From this, we can see that a federal welfare system cannot be the solution to poverty. And yet, the federal program’s very existence precludes the possibility of robust competition. No citizen-driven grassroots welfare solution could compete with the federal government.

One benefit of private charity, however, is that it can adapt to individual circumstances without creating a culture of rules to be exploited. Many alternatives are available in the private sector, and donors support the ones they like best. One charity may discriminate based on factors like income and net worth. Another can discriminate based on the mindset and financial decisions of the beneficiary.

A change in attitude is needed for the poor to develop a wealth-generating mindset. Private charity has a better chance of accomplishing this than public welfare.

If our aid to the poor is an entitlement, as it is now, the poor don’t have to change their mindset. They can collect the benefit and thwart efforts to change the underlying causes of their poverty or help them personally.

However, if benefits are earned through personal change, rather than statistical measurement, the expectation for change in the human relationship between the private charity and the recipient creates an incentive for the poor to begin to help themselves.

This sort of discriminating is only fair if there is competition. Having the government judge whether someone is truly dedicated to reform will lead to favoritism and corruption. Having a mentor who is invested and involved in a poor family’s life make the call could lead to truly effective charity. Having competition across charities historically leads to the greatest innovation.

This ability to adjust assistance based on personal response is one of the primary reasons why private charities, even today, are more effective than government entitlement programs at helping people out of poverty. Charities ranging from residential care like halfway houses and homeless shelters to family services like adoption services and child and elder day care to vocational services like skill-training centers and vocational workshops are all available in the private sector. The programs not subject to federal regulation have the most flexibility to respond to the specific needs of those people they are helping.

Wealth inequality is more complex than a survey of what random prize people would prefer. Poverty is less about being broke and more about having a poor mindset. Welfare should incentivize people to get out of poverty rather than handing them gift cards. The best methodology for charity that is effective at lifting people rather than entrapping them is private charity that can make judgment calls based on someone’s personal situation without creating systematic discrimination.

We need to acknowledge that having the freedom to build wealth comes at a price: some won’t. Let’s not impoverish everyone in our quest to help some.