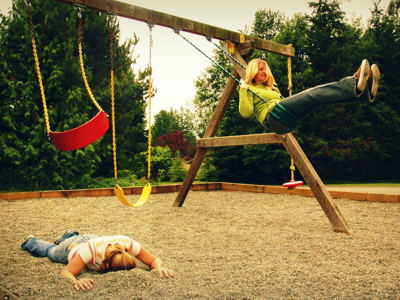 Your opinions about welfare reform depend on your view of humanity. Evolutionary psychologist Stephen Pinker discusses two perspectives, the Utopian Vision and the Tragic Vision, in his book “The Blank Slate.”

Those with the Utopian Vision believe humans have endless potential. They perceive faulty social arrangements as the source of poverty. Common ones decried are the greed of corporations, discrimination, inadequate education or a language barrier. In the Utopian Vision, such problems are the primary cause of the poor’s lack of earning power or nonexistent savings.

Utopians maintain that some system of welfare benefits should suffice to enable the poor to better themselves. The possibility to achieve great wealth exists in everyone; society just needs to remove certain obstacles. Once those barriers are lifted, Utopians expect to see the problem of poverty largely resolved.

Finding and removing these social barriers is the challenge of welfare reform. This process may be arduous, but Utopians are confident it can be accomplished if we all participate.

For Utopians, the only true success is a perfected society. They judge the success of our present by the possibility of our future. If we could be better, we still aren’t good enough.

In contrast, those with the Tragic Vision believe humans have inherent shortcomings. No person is free from human failings. All of us are not as capable as we would like to be.

These failings may be described as the seven deadly sins, an inherent selfishness, an inability to be perfect, or unequal faculties, abilities or talents. In the Tragic Vision, poverty stems from these limitations inherent in human nature.

Those who espouse the Tragic Vision believe that many of the poor are trapped in their own shortcomings. A faulty mindset or present lack of necessary human capital has them stuck in a less than desirable lifestyle. Thus entitlements will not save them.

To achieve great wealth, the poor must make better decisions, which is the great challenge of the Tragic Vision’s welfare reform. It is extremely difficult and may not even be possible for everyone. Perhaps the best we can hope for is incremental changes in each individual with the aid of mentors or with the painful but inspiring motivation of hitting bottom.

Any level of success is deemed amazing because those with the Tragic Vision judge the success of our present by comparing it with our past. If we are better now than we were, we are doing surprisingly well.

These two views correlate with two-party political systems, but they are more than political ideology. They are the lens we use to view the world. Pinker suggests that each of us may be hardwired to prefer one of these mindsets. Although you may be able to change your political outlook, your perception of how the world works may still underlie your new ideology.

The Utopian Vision supports our present welfare programs. If recipients are provided sufficient funds in the form of coupons for acceptable purchases, Utopians believe recipients will make smart decisions and live up to their full potential.

Those supporting the Tragic Vision would say, “It is an admirable dream, but reality doesn’t support this view. We have tried all these schemes and yet the problem persists.”

Utopians respond that’s because more social barriers must still be broken down. Societal structures in need of any reform–be it education, discrimination or corporate greed–may be the next social obstacle that needs to be addressed.

The Tragic Vision sees this search as futile. They accept the validity of some of these barriers but do not think removing them is sufficient.

Instead, those who hold the Tragic Vision support certain societal structures as time-tested ways to avoid poverty. Be they marriage, economic freedom and/or employment, they may not be able to save everyone from their own limitations, but they do assist many people in their attempts to live better lives.

Thus the first step they advocate to resolve poverty is to strengthen those institutions that encourage wealth and discourage poverty while removing those that do the reverse.

Although Utopians may acknowledge the merits of some or all of these positive institutions, they would not be satisfied with the results. They would respond, “We should not settle for saving some people from poverty. We should only rest when all have been lifted.”

These two visions affect those currently trapped in poverty as well. For example, poor people with the Utopian Vision believe social barriers like cultural attitudes need to change before they can accrue wealth. As a result, they may wait for cultural reform before expending effort to better their lives.

Those with the Tragic Vision would claim these Utopians are blaming their circumstances rather than examining their own decisions. They would say, “An alcoholic can only blame the behavior of her friends for so long before she needs to admit she has a problem.”

In contrast, poor people with the Tragic Vision think that changing themselves and their own actions will help them change the circumstances of their life.

Those with the Utopian Vision would say that if these Tragic Vision poor actually do change their lives, their circumstances must not have been as debilitating as they were for others. They would say, “She was only able to recover from her addiction because she had the option of leaving the alcohol-soaked culture of her friends for a new group. Some people aren’t offered that choice.”

Although it would be wonderful if we lived in a world that lived up to the ideals of the Utopian Vision, we believe along with Stephen Pinker that reality supports the Tragic Vision. Examples abound of people graced with many social advantages who still end up in poverty. It is hard to find a welfare benefit package that has successfully discouraged poverty.

Regardless of which vision you support, the facts suggest the current welfare benefit system needs reforming. As we discussed in Part 3, the current benefit system incentivizes spending, discourages saving and ignores its own historical failures. People are too important to allow them to continue suffering in this poverty trap. In Part 5, we will discuss where and how welfare can reasonably be reformed.