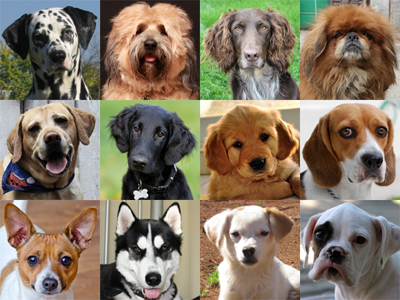 Studies suggest that brains may be wired with either a utopian or a tragic view of the world, corresponding roughly to liberals and conservatives. Although we share a common language, we often intend very different things. Until we analyze what we mean by the terms “just,” “fair” or “equal,” we continue to talk past each other in political debates.

Their mother did not think this was fair. She would tell Florence to share some of her candy with Frank. Florence did not think it was fair that she had to share just because he had spent all of his money.

This story symbolizes the heart of the debate over equality. Although both children began with equal opportunity, by the end of the week there was a very different result. Florence had pennies left for candy. But Frank had eaten more candy.

Florence’s view corresponds to the tragic or conservative view. Conservatives believe in equal incentives and opportunity, but they realize an equality of results is impossible.

Brother Frank would appeal to his mother’s more liberal view of the world. Utopian liberals think we need to engineer an equality of result. They believe society can only accomplish this if there are strong enough intentions to set and meet goals through centralized planning. In their view, an inequality of results is sufficient to declare something unfair or unjust.

The liberal solution would be for Mother to give each child just one penny a day, forcing a daily equality of outcome. The conservative solution would advocate that Frank stop seeking instant gratification and learn to budget his pennies.

Consider these examples. Suppose you earn $50,000 working in a cubicle processing paperwork. I was offered the same job, but seeking more meaningful work, I decided to become a poet. I am no Wordsworth, so I am lucky to make $10,000 a year. Is that fair? Would you be willing to give me $20,000 a year so we have an equality of results?

Clearly there was an equality of process. We were both offered the cubicle job. But I turned it down to become a bad poet. The liberal mind leans toward the view that procedural fairness is not fair so long as disparate outcomes result. Although it can’t in this contrived example, in any other situation the liberal mind will find some other inequality of circumstances to blame for the inequality of results.

Should I be allowed to follow my dreams and become a poet even if the value that society assigns to it is only $10,000 a year? Alternatively, should I have that choice taken away from me for my own good so my value to society is sufficient to justify a higher lifestyle for myself? Or as a third option, should society take from those earning more in order to supplement my lifestyle and subsidize the production of my bad poems?

A free society allows choices that result in more unequal outcomes. Several measurements of inequality are used in economics. They are all mostly useless. A country can have a very equal distribution of wealth or income where everyone is in poverty. Or a country can have very unequal distributions of wealth where trickle-down capitalism has made even those on welfare incredibly rich by global standards.

On one end of the spectrum, well-intentioned utopians believe such solutions are possible with enough force of will, goals and planning. This is one reason why liberals in power make the worst authoritarians. Or as Friedrich Hayek titled the tenth chapter of “The Road to Serfdom,” this is “Why the Worst Get on Top.”

They would be the penny police. They would not allow Frank to enjoy his candy feast. They would penalize Florence for saving her pennies for later. They might even object to their mother providing a treat for her children while other less fortunate children have no shoes. The result would be a lack of any incentives other than the immediate incentive to stuff whatever you can into your mouth before the ultimate Big Brother takes it away from you.

The more conservative tragic view works within the understanding that humans generally are selfish. There are no easy solutions to this troublesome fact. There are only systems and incentives that encourage productivity, which in turn benefits society as a whole. Within this view it is generally best to have the person making the decision, paying for the decision and benefiting from the decision be one and the same. Only in that case will there be an incentive to weigh the cost against the benefit and make an informed decision regarding the trade-offs.

The genetic tendency to seek equality of results appears to be a brain bug. Such a mental default may work well as an incentive toward voluntary charity, but it fails when accompanied by the Orwellian force of law. The unintended consequences of enforcement destroy all incentive toward productivity.

For those willing to examine the evidence objectively, this social experiment has been tried hundreds of time throughout human history. We need only look at the Korean peninsula at night to see the southern half lit with the world’s 15th largest economy and the northern half starving in darkness. The Soviet Union finally collapsed long after its only working economy was the black market. India’s economy finally began to grow only after Rajiv Gandhi’s free-market reforms removed impediments.

Even in China, Deng Xiaoping instituted freer markets suggesting, “Let some people get rich first.” When asked about his move away from socialism he replied, “It doesn’t matter if a cat is black or white, so long as it catches mice.” It makes some of us wonder why all the capitalists are in China and all the socialists are now in Washington, D.C.

Trials have taken place in a multitude of different cultures over diverse time periods. Yet we still argue about the facts. This ought to give us pause that the tragic view is correct and that the impulse toward an equality of result should be a motivator toward private charity, not public policy.

Few enough people currently want to take the entrepreneurial plunge. We should not impede them any further. Only about 1 in 20 is willing to employ the other 19. If we remove their incentives, they will probably be just fine. But the other 19 will experience trickle-down misery firsthand. Unemployment will be high and the economy will be sluggish.

According to behavioral finance studies, about half of subjects would rather that everyone get $500 than some get $1,000 and others get $3,000. This preference to impoverish everyone is harmful and dangerous. We can’t afford it.

Today’s poor in America live better than the kings of just a hundred years ago. It is hard to argue their lower income is an ethical outrage that justifies whatever means necessary to redress this inequality of result. If we don’t learn to embrace the inequality that results from freedom of choice, we will soon all be equally impoverished.