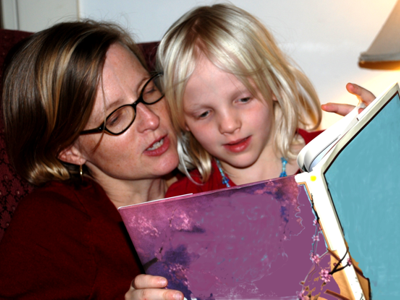 My column on “What Equality Should We Seek in Society?” raised some passionate responses on both sides of utopian/tragic divide. Most of the utopian (liberal) responses criticized the column for its presumption of equal opportunity. They assumed that my Frank and Florence story was a contrived candy analogy rather than simply a true story that my grandmother used to tell. Similarly they assumed my own choice to be either a poet or work programming in a cubicle was mocking of poets everywhere. Nearly every utopian criticism wanted to rewrite the starting conditions of my story in order to make them unfair. Then their point was, “See! They’re unfair from the outset.”

And every unequal starting point is just the outcome of a prior story. If you demand equality of outcomes, you will demand them not only at the beginning of each story but at the end of each story (which is just the beginning of some other story). If you want equality for every child what do you do with a mother who sacrifices to give her children something more than the mother who does not sacrifice for her children? Conservatives believe that incentives should reward mothers who make sacrifices for their children.

In order to show an obvious discrimination which makes opportunities unfair one reader pointed out that “even I as an educated white woman still make 70 cents to your dollar.” Since this is probably one of the most widely believed discriminatory facts in America, let’s use this as a test case for the two views (utopian and tragic) of equality.

One of the best chapters on this topic comes from Thomas Sowell’s book “Economic Facts and Fallacies.” Chapter 3, Male-Female Fact and Fallacies, has an extensive treatment on the subject. All the quotes in this post come from from that chapter.

In most societies, for most of history, women have earned lower incomes than men. That fact is not in dispute. What is open to question – and what has generated many fallacies – have been various attempts to explain this fact.

Sowell goes on to say that the fallacy is that this inequality stems from discrimination which is only lessened by pressures from government, the feminist movement or a general increase in enlightenment.

Having it all – a career and a family and an upscale lifestyle – is fine but doing it all is often harder for a women, given the unusual division of domestic responsibilities between the sexes and the inevitable differences in childbearing.

The statistics, well supported in the chapter, show that the differences in pay are not initially and not for the same job. Women, as a statistical class, tend not to climb as high on the career ladder or they choose lower-paid occupations. They tend not to put in the 80 hour work weeks that the high career rungs require. They tend to stop out of their careers in order to spend time raising a family. Stopping out, even for a couple of years, hinders career advancement. So does the inability or unwillingness to work after hours and weekends.

None of these are bad choices.

Much of the criticisms of my column assumed that earning less money was bad or the wrong choice. That’s typically a utopian (liberal) way of looking at the world, Many readers projected that assumption on me and what I had written in my column. This assumption that lack of as much money as others is in itself evil is often a tacit assumption of the utopian view of the world. I don’t think choosing to earn less money in order to have a better work-life fit is necessarily a poor choice. It is only a poor choice if you go on to whine about the inequality of outcomes.

The empirical fact that most male-female economic differences are accounted for by factors other than employer discrimination does not mean that there have been no instances of discrimination, including egregious instances. But anecdotes about those egregious instances cannot explain the general pattern of male-female economic differences and their changes over time.

Most husbands and wives make decisions about career and family by factoring in the monetary trade offs. And if they decide to have one of them free time for domestic support they do so knowing it will have a financial impact that lessens their potential future earnings. Wives don’t even need to quit their jobs in order to have family responsibilities curtail their career advancement. Any worker with significant family obligations will have their career suffer. We live in a tragic world in which we are unable to devote enough time to every demand on our time. Choosing family over career is not “unfair” even if it results unequal outcomes. It is just a choice.

The wives of affluent and wealthy men tend to work less and therefore to earn less. But the wife of a rich man is not poor, no matter how low her income might be. In homes where the income of the husband exceeds the income of the wife, the actual spending of that income cannot be determined by whose name is on what paycheck, and research indicates that the wife usually makes more of the decisions about how the pooled family income is spent than the husband does.

Choosing to work less than 80 hours instead of just 40 is not wrong, especially not when all you are going to get is that last 30%. It is perfectly rational to want to raise your own children. Your time with them is fleeting and it goes by in the blink of an eye. Enjoy it, and don’t worry about income equality.

As Professor Claudia Goldin, an economist at Harvard, put it, “Is equality of income what we really want? Do we want everyone to have an equal chance to work 80 hours in their prime reproductive years? Yes, but we don’t expect them to take that chance equally often.”

And while it may be true that only a small percentage of business owners earn over $250,000, it is because there are a lot of businesses which are tiny and don’t employ anyone. In our family of four, we have eight corporate business entities. But only one of them employs people. So although only 3% of small business owners might earn over $250,000, unfortunately it is the 3% who actually employs people. Or as the Democrats are positioning, “most of the small business income that would be impacted by ending the tax cuts for the rich is concentrated in the hands of a tiny group of people.”

Yes indeed. And that tiny group is called “employers.”

Most of the small business owners I know try to limit their work week to only 80 hours … when they are on vacation.

Don’t be so quick to vote to throw them under the tax bus until you have walked 80 hours in their shoes carrying 19 other families.