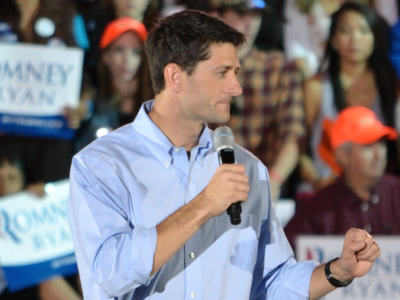 Perhaps the most significant part of the vice presidential debate was the exchange over Romney’s proposal to lower tax rates by 20% and close loopholes and deductions.

Few people have tried to analyze any of the math or the thinking behind the policy, choosing instead to focus on demeanor and image. Those who have commented have said, “It is impossible. He is lying. The rich won’t pay as much.” Others have wondered, “What will be gained by ‘revenue-neutral’ changes to the tax code? Why invest so much political capital if it will not reduce the deficit? Romney must be hiding his real intentions.”

We do raise about $1.2 trillion through income taxes. And deductions and loopholes do save taxpayers about $1.1 trillion. That savings comes via above-the-line deductions for adjusted gross income (AGI), below-the-line deductions to AGI and credits claimed against taxes owed. Because Romney and Ryan only need to deny about 20% of these to collect the same tax, they do not need to commit to specifics. There is great latitude to pick and choose and reach a political compromise.

If you can lower the marginal rate and still collect the same tax, you can eliminate some of the headwind caused by a highly progressive tax system. Lowering the top marginal rate would encourage additional productivity. The only question is, “By how much?” An increase in productivity would result in more income taxed at the 28% that is not being produced when it faces a 35% marginal rate.

Romney reiterated this point in the second debate tying it to job growth when he said, “If you bring rates down, it makes it easier for small businesses to keep more of their capital and hire people.”

Will there be winners and loser in this revenue-neutral approach? Definitely. It will punish those who have worked hard at gaming the tax code for deductions. It will reward those who have sought simply to increase productivity. This is both a gift and a curse. If you are persuaded that productivity thrives with a lower marginal tax rate, you will agree this approach can help grow the economy and reduce unemployment.

But if you think the tax code should reward, through credits and deductions, certain social behaviors regardless of their productivity, you will oppose these changes. Flattening the rates will reward the rich when they produce more. More taxes will also be collected if they do.

Democrats liken cutting taxes on the wealthy and still collecting the same amount to having your cake and eating it too. They label it the same voodoo economics Reagan used to create the economic boom of the 1980s. Indeed it is.

In the lower tax brackets, this effect is reversed. Earning an additional dollar is advantageous. You are in a lower tax bracket and can keep most of your earned income. Deductions in the lower brackets don’t provide as much benefit for the same reason.

Not as many deductions need to be denied in the lower tax brackets. So some deductions can remain for the lower income brackets and only need be phased out for the higher brackets. These are all negotiable items for political compromise.

Even Obama conceded in the second debate that “the free enterprise system is the greatest engine of prosperity the world’s ever known.” Flattening the tax structure would treat every entrepreneurial initiative equally. It would not punish growth just because it comes from the most productive small business owners.

This framework of reducing the top marginal tax rate and broadening the base would bring a measure of real growth and prosperity to the economy. The real question is whether we are willing to let small business owners prosper more by growing the economy and less by finding tax loopholes and deductions.