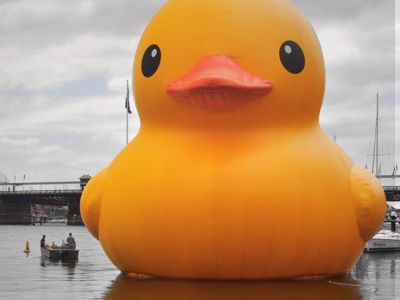 The only two ways to balance the federal budget are to spend less or to collect more. Spending less is the preferred method, but that is just not happening. As a result, politics is pushing many in Congress to try to balance the budget by raising taxes.

The problem with raising the top marginal rate is that people will lose incentive to take on the challenge of starting and running a business. Every business venture needs a significant expected return on investment to justify the risks involved in investing. High taxes reduce the return on investment. This discourages entrepreneurs from attempting any additional business ventures that will push them into the higher tax brackets.

Some argue that America has one of the lowest tax rates in the developed world relative to many European countries and Japan. As a result, they claim we can afford to raise taxes. However, they must concede that America has also had one of the higher rates of growth of gross domestic product (GDP). The traditional 6.5% GDP growth has been dubbed the “American style of growth” as opposed to the current 2 to 3% European malaise.

Supply-side economists suggest that high top marginal tax rates are a major disincentive to GDP growth and consequently predictive of a country’s economic health. This would imply that low tax rates should be a priority in any country hoping to inspire productivity.

When the income of our clients is subject to a higher marginal rate, little can be done to safeguard their expected returns. Any new business ventures that will be subject to yet higher marginal tax rates will have a lower return on investment. Thus many highly productive clients decide to stop taking on new business ventures as they approach the higher tax brackets. Instead they opt for less risk, less taxes and less time spent working.

But unfortunately for the nation, highly productive people generate most of the nation’s employment, tax revenues and growth of GDP. If they stop being productive, all three suffer.

As a result, balancing the budget is a challenging political task. Liberals won’t let us spend less, and raising taxes is more likely to hurt than help us in the long run. The only choice left is to deficit spend.

Although deficit spending does have negative economic effects, they are not as severe as the unemployment and slower economic growth that result from a highly progressive tax structure.

The most obvious effect of deficit spending is the accompanying inflation. To understand where this inflation comes from, imagine how the government could solve its deficit problem.

One way is simply to add $17 trillion to the electronic version of the federal bank accounts, the equivalent of printing money. This solves the deficit without discouraging those who are highly productive but also massively devalues our currency. If the government did this, it would in effect just be taxing wealth held in dollars rather than productivity.

This effect discourages individuals from holding wealth in dollars. However, this change in behavior has a smaller negative effect on economic growth than individuals trying to avoid an income tax.

Because it is easier to guard wealthy clients against inflation than shield productive clients from excessive income taxes, an income tax is more economically destructive.

So it is not surprising that conservatives both want to balance the budget by reducing spending and yet prefer spending deficits to raising taxes. This perspective is in line with what supply-side economics suggests is best for a country’s long-term growth.

We would do well to keep supply-side economics in mind when addressing our current budget crisis. Low tax rates should be our first priority, with a balanced budget only our second. Taxes matter, and striving to keep them low is important. But if taxes must be raised, there are less economically destructive taxes than the top marginal income tax rate.

Photo by Madeleine_H and used here under Flickr Creative Commons.