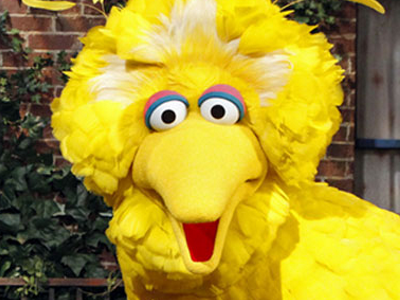 In March of 2011 Jim DeMint wrote in an article entitled “Obscene Salaries Uncovered at NPR“:

The executives at the Corporation for Public Broadcasting (CPB), which distributes the taxpayer money allocated for public broadcasting to other stations, are also generously compensated. According to CPB’s 2009 tax forms, President and CEO Patricia de Stacy Harrison received $298,884 in reportable compensation and another $70,630 in other compensation from the organization and related organizations that year. That’s practically a pittance compared to Kevin Klose, president emeritus of NPR, who received more than $1.2 million in compensation, according to the tax forms the nonprofit filed in 2009. …

Meanwhile, highly successful, brand-name public programs like Sesame Street make millions on their own. “Sesame Street,” for example, made more than $211 million from toy and consumer product sales from 2003-2006. Sesame Workshop President and CEO Gary Knell received $956,513 in compensation in 2008.

In my own article earlier this year, “Public Funding for the Arts“, I wrote:

Here’s a recent quote from the Post-Journal:

Sesame Workshop, an independent non-profit organization headed by a million-dollar-a-year CEO, is hands down the most lucrative franchise carried on PBS, taking in more than $100 million a year from licensing fees for its many, many products as well as in donations and grants.

Remember, publicly funded PBS does not own Sesame Workshop.

In other words, government subsidies to PBS help promote and distribute Sesame Workshop, but they have no control over the executive pay structure nor do they profit from the lucrative licensing deals.

And here from Wikipedia’s article on Sesame Street media are some of those lucrative licensing deals:

In 1970, the Children’s Television Workshop (CTW) established a “nonbroadcast division”; its first products were Sesame Street Magazine, which emphasized the show’s curriculum, and books. They hired Christopher Cerf to manage its book division. By 2001, there were over 600 books in the Sesame Street library. The show’s use of music and film also emphasized its curriculum. Its music, created by musicians like Joe Raposo were distinctive. Many of the songs written for the show became classics, were lucrative for the songwriters, won several Grammys, and were covered by other artists. Animations and short films were commissioned to outside studios and were created for specific purposes. The CTW produced two full-length films and home videos.

Shortly after the premiere of Sesame Street, the CTW were approached by producers in other nations to help them create and produce their own versions of the show. The CTW developed a procedure, based upon what they had learned from the creation of Sesame Street in the US, to create what came to be known as “co-productions”. By 2006, there were twenty co-productions. In 2001 there were over 120 million viewers of all international versions of Sesame Street, and by the show’s 40th anniversary in 2009, they were seen in more than 140 countries. Since 1979, the CTW has been involved in creating interactive media, including games, websites, and clips of their shows.

We might love Big Bird. That isn’t the point.

We might also love Star Wars, Spider-Man, Disney Princesses, Dora the Explorer, Hunger Games, Buffy the Vampire Slayer and Twilight too. (Or maybe you don’t love Twilight.) Either way, icons of pop culture don’t need to be subsidized. More often than not they have incomes that put them as part of the 1%.