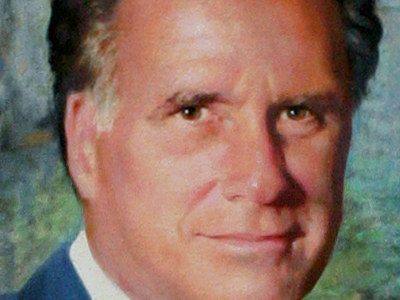 In “Romney’s Tax Return Suggests He Paid 57.9% in Taxes and Gifts to Charity” I wrote:

With these adjustments, their tax return tells a very different story. After $18.6 million of productivity, they paid $10.8 million in taxes and gifts to charity, keeping just 42.1% of what they produced. The liberal media wants to focus on federal income tax owed being only 14.1% of federal income. Yet their outgo of taxes and gifts to charity were about 57.9% of their productivity.

A similar analysis of their recently released 2011 tax return would have them paying $15.6 million in taxes and gifts to charity on $30.2 million of productivity. Again they kept less than half of what they had earned. Their generosity and tax burden is hardly the example of greed and avarice that advocates of greater government would have us believe. And since it doesn’t fit their narrative they purposefully distort it.

Here is the accounting by which that calculation was made: 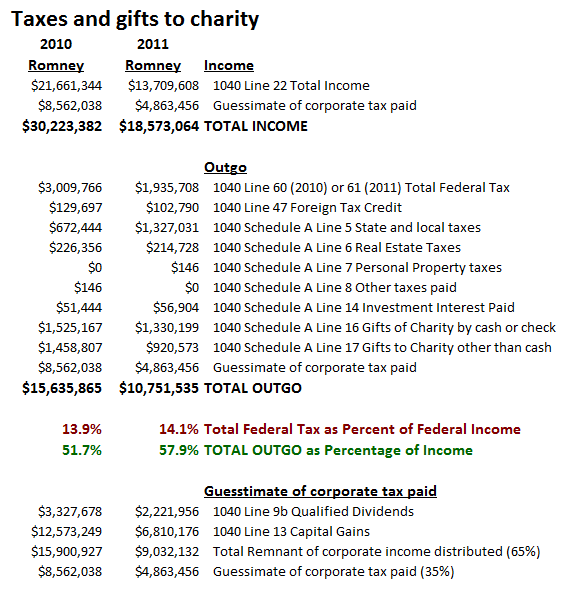