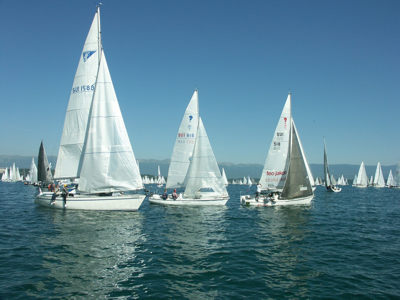 A few prominent liberals threatened to leave the country if George W. Bush was elected over Al Gore, but few actually did. But this year after four years under the Obama administration the number of Americans who relinquished their citizenship each year is up almost eightfold from the number in 2008 according to the Internal Revenue Service.

Even more than escaping taxes, the United States makes managing global finances difficult. It is one of the few countries that wants to tax every bit of income no matter what country you were in when you earned it or spent it in. The United States also makes it difficult to have any financial holdings outside of the United States. In many cases, American citizens who have lived for decades in another country now must renounce their American citizenship or face an unwanted tax and regulatory burden. Duggan explains:

In many countries, you are not taxed unless you are residing in your homeland. In the United States, it doesn’t matter where you live or how long you have been living there. You still have to pay U.S. taxes if you continue to be an American citizen.

For Americans with foreign investments or those who live outside the United States, offshore compliance has become more complex and costly as a result of the Foreign Account Tax Compliance Act and the Report of Foreign Bank and Financial Accounts, among other filings. Failing to properly file carries the potential of significant penalties and criminal sanctions.

One notable aspect of the Foreign Account Tax Compliance Act is that the U.S. government has imposed reporting obligations not just on American taxpayers, but also on foreign institutions that deal with them. Consequently, Americans living abroad are having a much more difficult time establishing even basic banking and investment relationships.

Liberals have a tendency to gruff, “Good riddance!” to such financial woes of the rich and famous without even trying to understand the troubles and disincentives caused by U.S. tax law.

Earlier this year Facebook co-founder Eduardo Saverin renounced his U.S. citizenship to become a resident of Singapore. Saverin was born in Brazil and became an American citizen when his family emigrated to the U.S. The latest prominent defection was songwriter Denise Rich who is expected to save tens of millions of dollars in taxes.

Lest anyone think this is a Republican issue, Denise Rich is the Democrat darling whose former husband Marc Rich was indicted on charges of tax evasion, fraud, racketeering and illegal trading of oil with Iran. President Bill Clinton pardoned Marc Rich on his last day in office. Subsequently a House of Representatives committee concluded that Denise Rich had swayed that pardon through donations to the Clinton library and campaign.

Democratic Senators Chuck Schumer and Bob Casey decried Saverin’s renounciation of his citizenship and offered the Ex-PATRIOT act in response. But when Denise Rich, who was born in the United States followed suit on July 9, 2012 they remained silent. Bear in mind that Saverin owes and is paying capital gains on every penny of appreciation of his Facebook stock, an estimated $363 million. This exit tax is levied on all those leaving U.S. citizenship. Unwilling to allow Saverin to get away so easily, Schumer and Casey’s proposed legislation to levy an additional 30% capital gains on any future capital gains and ban such an individual from ever entering the United States again.

I think trying to collect for future gains seems a little excessive after collecting a $363 million exit tax.

I find it interesting that Saverin is leaving the U.S. for Singapore and Denise Rich for Austria. These are both countries with high economic freedom and a lower tax burden on their citizens. I don’t see many leaving the United States for France. Perhaps the best solution would be simply to reduce the top marginal rate of taxes since all decisions are made at the margin.

This year the rate of people renouncing  their citizenship has reach 154 a week. If eight times as many people are leaving the country than they were 4 years ago, maybe there’s something wrong with the country?