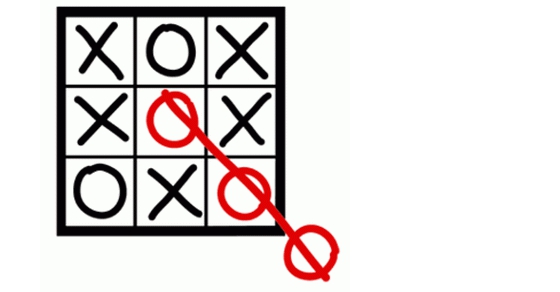 We are generally fans of Jack Bogle. We agree with his investment philosophy. Sometimes his comments are taken out of context and a provocative headline makes the rounds of the media (something with which we are familiar).

A similarly misleading headline was put on a recent Jack Bogle interview: “Jack Bogle: Investing Outside U.S. Not Worth the Risk .” What Bogle actually said was:

I like the U.S. The U.S. is the most productive country in the world. It is the most rapidly growing of the industrialized nations, other than Switzerland. We still have plenty of problems, but we’re much better than France, Britain and Germany. And we don’t even want to talk about Italy and Greece. And importantly — people forget this too quickly — we have the most established government and legal institutions.

When you look at global market capitalization it’s true that the U.S. accounts for about 48 percent and other countries 52 percent. But the top three markets outside the U.S. are the U.K., Japan and France. What’s the excitement about there? Emerging markets have great potential, but have fragile sovereigns and fragile institutions.

The United States is better than France, Britain and Germany. And we would favor Switzerland (one of the six countries ranked economically free according to the Heritage Foundation) along with Hong Kong, Singapore, Australia, New Zealand, and Canada.

We would agree with Bogle that some countries are better to invest in because they have the most established government and legal institutions. “Rule of Law” is one of the ten measures of economic freedom used by the Heritage Foundation in their annual Index of Economic Freedom. But it is only one of the ten.

Last year the return of iShares funds of the six countries with the most economic freedom beat the return of the iShares EAFE Index by 7.92%. Economic Freedom matters.

Bogle goes on to elaborate, “Why take the currency risk?” Currency risk is primarily about the Euro and the Yen. During 2014, the Euro and the Yen dropped 12.09% and 12.10%, respectively, against the dollar. As a result, foreign stocks as represented by iShares MSCI EAFE (EFA) were down 5.04% when measured in U.S. dollars, but the net index was up 5.67% when measured in their local currencies.Another one of the ten measures of economic freedom is monetary freedom which is measured by a stable secure currency. None of the six countries ranked as free have the Euro or the Yen as their currency, removing currency risk as a reason to avoid investing in the most economically free countries.

The difficulty Bogle has with international investment is that Vanguard only has general foreign mutual funds (e.g. International Growth, International Value, International Explorer, etc.). Vanguard does not have an investment vehicle which allows an investor the ability to invest internationally without including large percentages of Japan, France, Britain, and even Italy and Greece. In fact, for Vanguard the only investment vehicle for investing in a country which is high in economic freedom is to invest in the United States. This is indeed a problem, but only if your sole option is to invest with Vanguard. We choose country-specific iShares funds to capture the large returns of the most economically free countries without getting weighed down by investments in Japan or the European Union.

This is why our 2015 Gone Fishing Portfolio for a 40-year old puts 35.8% in foreign stocks – the most economically free countries outperform even the United States and iShares funds allow us to avoid the pitfalls of general international investment vehicles. 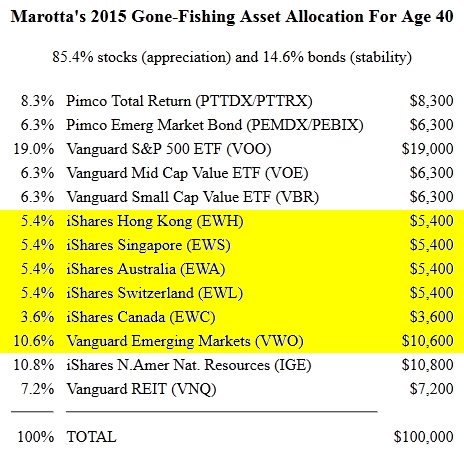