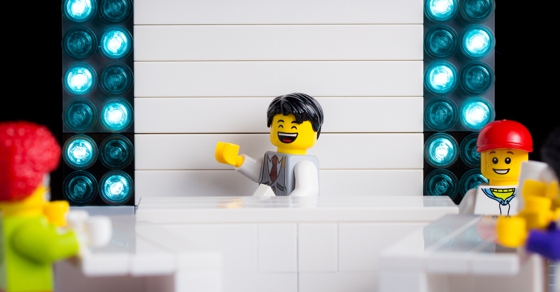 For too long, the only voices accusing many of America’s corporate executives of excessive pay came from a small group of academics and activist investors. When the divorce of a billionaire oil executive went to court, an unlikely voice joined the chorus.

The legal defense of Harold Hamm, chief executive of Continental Resources, hinged on the belief that a majority of his wealth was simply the result of happenstance and luck. The defendant wasn’t talented, they argued, he was simply part of an energy industry experiencing a rising tide of growth. If the courts agreed with Hamm’s feeble self-assessment, it means the difference between paying his ex a mere $1 billion versus a more generous $9 billion if they are required to split his estate more evenly.

Hamm’s defense hinged on a common state rule stating that if a spouse owns an asset before marriage, its appreciated value is not included in the estate unless the growth was part of an active effort. The New York Times reports that “Mr. Hamm’s lawyers calculated that only 5 to 10 percent of his wealth came from his own effort, skill, management or investment.” While bashfulness may not typically be part of the executive personality, it is amazing how humble one can be when large sums of money require it. All of this leaves many investors scratching their heads when analyzing the exponential growth of CEO salaries.

This high profile court case played out at the same time that As You Sow released a report “The 100 Most Overpaid CEOs: Executive Compensation at S&P 500 Companies.” The scatter plot below suggests that if there is any relationship between CEO pay and five-year shareholder stock returns, this relationship is statistically insignificant.

The 100 Most Overpaid CEOs report focuses attention on the proxy votes mutual and pension funds that seem to be paying very little attention to the excessive compensation packages that directors approve for corporate executives. According to the report, TCW, Steward, Calamos, Lord Abbett, UBS, Harbor, Blackrock, Eagle, TIAA-CREF and Waddell & Reed are the ten fund companies most likely to approve the pay of the 100 most overpaid CEOs.

However, some pay packages are so over-the-top that a majority of these institutional owners appear to wake from their slumber. In May 2014, 77% of Chipotle’s shareholders voted against the compensation package planned for their two co-chief executives. What many investors fail to realize is that since the “say on pay” votes are non-binding, the board of directors has a legal right to ignore the will of shareholders which appears to be the exact course Chipotle directors are taking.

Some shareholder activists argue that shareholders should go a step further. In addition to voting against excessive pay, they should vote against the directors who are responsible for the compensation packages. However, even this strategy falls short of reality because some directors who get voted off the island often return as so called zombie directors.

Unless your name rhymes will Soren Duffett, your concerns likely represent a drop in the ocean. Most investors have neither the time nor sufficient resources to help fight corporate corruption in companies they own. Corporate ownership is so broadly diluted that only large fund companies, broker dealers and pension funds have more than a percent ownership in most publicly companies. Improvement is not likely to come from individual investors voting their individual shares.

This is why attention is turning to large institutional managers like Vanguard who represent up to 6% ownership of most publicly traded companies but have also been criticized for their lack of attention on corporate governance matters. Ideally, these institutional managers would shake up the inbred corporate director culture. They would reprimand boards that treat shareholder capital as monopoly money in when creating executive compensation packages. As the report mentioned above notes, some are doing this work better than others.

Those who seek to better understand the issues can begin by reading an annual report corporate governance (e.g. Vanguard Report) which is now required disclosure for mutual fund companies. We stay on top of these issues through regular communication with our preferred fund companies but currently, there isn’t a great mechanism for shareholders to join their voices together when areas of concern, like excessive pay, are identified.