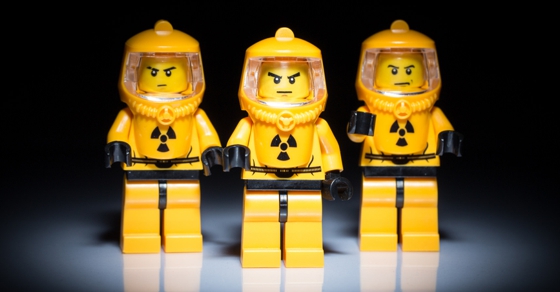 On February 27, 2015 Vanguard sent out an important letter to many boards of directors of publicly traded companies. The letter, signed by Vanguard’s Chairman and CEO, exhorts directors to follow best practices to ensure that corporate resources are stewarded effectively. But what happens to those boards of directors who are stubbornly entrenched?

Shareholders are busy living their lives and don’t have the capacity or interest in playing babysitter to corporate executives, which is why a Board of Directors is elected. A board of directors is supposed to be accountable to the shareholders but sometimes they need a reminder. Too many continue to act like country club chums with executive management. The Vanguard letter outlines a list of best practices to ensure shareholders are being treated fairly.

The letter begins by highlighting the importance of independent oversight:

[The] Board should be substantially independent of management and have independent leadership (i.e., chair or lead director).

Just a decade ago, three quarters of all CEOs also acted as leaders of their board of directors . As shareholders became increasingly aware of this accountability problem, a passionate minority began calling for CEOs to step down from the chairman position. There is no point in paying a board a hefty salary and travel reimbursement if their role is relegated to blind agreement with the decisions of management.

Times have changed and yet some companies appear stuck in the past. At the close of 2014, only 21.2% of all boards in the Russell 3000 have one person serving as both CEO and board leader. The Vanguard letter acknowledges that while the board composition is now better and more objective than ever, approximately 1 out of every 5 companies still need to separate these roles.

One company that stands out for all the wrong reasons is Nabors Industries (Ticker: NBR). Their CEO, Anthony Petrello, has also held the position of Board Chairman since 1991. In addition to playing this dual role, Mr. Petrello also has the distinction of ranking #1 in a recent study titled, Top 100 Overpaid CEOs .

While Mr. Petrello’s compensation packages have made him a very wealthy man, shareholders have suffered. During the last ten years, shares of NBR have a -6.33% annualized return. During the same period, NBR underperformed its peers in the Oil and Gas drilling sector by an average of 6.22% per year.

Vanguard is the single largest owner of Nabors Industries with an ownership stake of 8.73%. The next closest owner holds a 5.54% stake. Vanguard has amassed majority stakes in most publicly traded corporations by offering long-term investors extremely low cost investment vehicles and a mutual ownership structure that has won the hearts and minds of many investors.

What makes Vanguard unique is that they are very unlikely to sell a company that is underperforming because a majority of their funds are invested in index funds in what the Vanguard letter called “permanent investments.” If Vanguard is not planning to sell companies that underperform and resist change, how will they respond?

Perhaps the Vanguard letter is a warning shot across the bow of these defiant companies. If Nabors Industries fails to elect a new Chairman, Vanguard could decide to offer shareholder resolutions that would allow independent directors to get elected to the Board. Vanguard could and perhaps even should elect one or more of their own representatives to the board.

Activist hedge funds are regularly criticized for taking over corporate boards and for dicing up corporations to extract a short term windfall. Perhaps Vanguard should borrow the playbook from these hedge funds but execute their changes with the permanent investors in mind. If Vanguard’s corporate governance strategy is about to become more active, I expect Nabors Industries will be an early target.