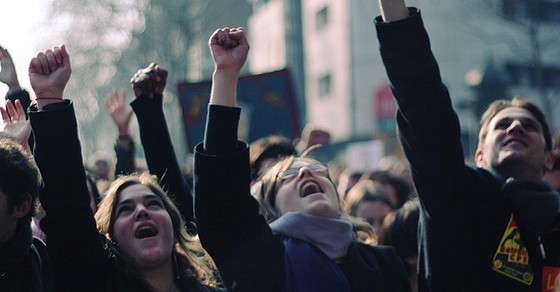 What do you think of the idea of Socially Responsible Investing (SRI) implemented simply by investing in something like the Domini Social Equity Fund (DSEFX)?

– Wanting to do good while doing well.

In “Stock Ownership Is a Bad Strategy for Social Change” we wrote:

SRI funds usually have higher than normal expense ratios to pay for the extra effort of ranking the companies. This puts a drain on their return, often making them a worse investment than comparable non-SRI mutual funds. With questionable results and worse returns, SRI is a nice dream but a bad investment philosophy.

The Domini Social Equity Fund (DSEFX) is a large cap US stock fund. It is very similar in composition to iShares Core S&P 500 ETF (IVV) or Vanguard 500 Index Fund Investor Shares (VFINX) and it is fair to judge their investment returns against similar S&P 500 funds.

DSEFX has an expense ration of 1.20%. This is higher than normal – compare it to IVV’s 0.07% and VFINX’s 0.17%. Normally paying an extra percent would only be justified if returns are a percent higher on average.

Losing one percent compounded over a decade is a significant loss. Interestingly, the under-performance of DSEFX almost exactly equals its excess expense ratio, showing there is little added value for its expense.

By way of comparison, there is a mutual fund which invests almost exclusively in the type of companies that SRI funds exclude. It used to be called The Vice Fund (VICEX), now called the Barrier Fund. As they write on their website:

VICEX has a ten year return through the same time period of 7.94%, beating even the S&P 500 Index itself. And that return is after charging a whopping 1.47% expense ratio. This fund is one case where the wages of sin might be pretty good. As the fund explains:

The Fund seeks to select well-performing stocks of tobacco, alcohol, gaming, and weapons/defense companies because we believe that these industries tend to thrive regardless of the economy as a whole. In fact, they may have the potential to perform better when times are uncertain, leading many to view investment in industries with significant barriers to entry as a solid strategy during recessionary periods.

Changing the world for the better is not as simple as which stocks you purchase. And using SRI filters doesn’t produce the best returns.