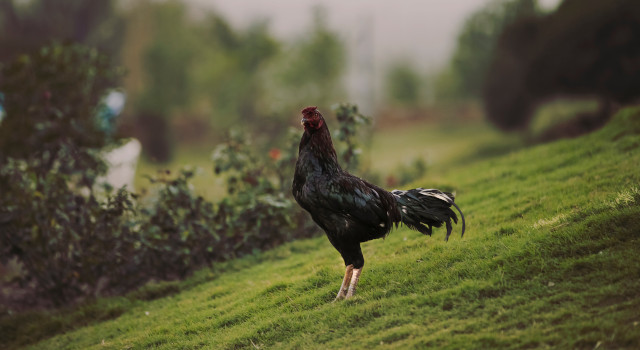 I have always had sympathy for Socially Responsible Investing (SRI). If we were able to change the world with something as small as which stocks we purchase, I imagine the world would be a better place.

Unfortunately, buying, selling, owning, or boycotting stock ownership will not create social change. A company does not profit from your purchase of its stock and is not hurt by your avoidance of it. Avoiding a stock provides no feedback to any part of the system and does not change the practices or opinions of businesses or anyone else.

In that article, I used tobacco companies, which are part of the S&P 500, as my example. My conscience on the matter viewed the case this way:

I never have and never will patron a tobacco company.

In this article, I’d like to use a different example of a practice I find repulsive. I think that Tyson’s factory farming of chickens is an extreme mistreatment of the animals and I want them to stop. The non-profit “Mercy to Animals” quotes Dr. Sara Shields on the matter, who summarizes the issue as a “callous disregard of the sentient nature of the animals” at every level.

I personally own shares of Vanguard’s S&P 500 ETF (ticker symbol VOO). VOO tracks the S&P 500 for the tiny expense ratio of now 0.03%. It is on our Buy List right now and is used in our diversified portfolios to fill the Large Cap sector. Among its holdings, VOO has 0.07% allocated to Tyson Foods Inc. Class A (TSN).

I know that stock ownership is a bad recipe for social change, but my opinions are strong in the matter of animal cruelty. I wonder what I can do.

Ever since I wrote the 2017 article “My Best Case for Socially Responsible Investing,” I have been working on this one. Since then, I have come up with three avenues to bring about the change I want to see in the world.

If I want Tyson specifically to stop doing this practice, then I could pursue a career of corporate governance to try and change the company from the inside. The board has the authority and responsibility to articulate the mission of the organization.

The average board has 9 members , although it can range from 3 to 31 members. Tyson currently has 13 members.

The board is supposed to represent shareholders, so most board members are not employees. Nor do they do business with the company. Board members free of these conflicts are called independent directors and represent about 72% of the board members of the companies in the S&P 500. Forbes columnist Dorie Clark has written a guide, “How to Become a Corporate Board Member ,” that may help if joining a board is your goal.

Corporate governance is a hard career to break into, especially if you are targeting a specific industry where you want to see reform. The Society for Corporate Governance has a job listing for positions, but it is hard to find positions at major companies this way.

To target a specific company, you likely have to get voted in. With enough stock ownership, you could simply vote yourself on the board of a company. The average stock ownership of shareholder board members is 5.6%. That gets very costly.

Tyson, with a market cap of $23.335B, would require $1.3 billion worth of shares to achieve 5.6% ownership. This level of concentration in one company is both unattainable and unwise for the average investor. As a result, only the ultra-rich or those who have pooled their investments can realistically take this route onto corporate boards.

I believe that no one anywhere should be allowed to treat animals this way. As a result, legal reform is another avenue for change. I could fight to make it illegal to raise animals with this kind of treatment. There are multiple ways I could do this.

High profile lawyers, congressional lobbyists, policy think tanks, judges, politicians, filmmaker, and journalism are all careers that can encourage legal reform. Each of these careers requires education, skill, and an influential position. It is hard to find a position and harder still once you have a position to create real positive change.

That being said, the state level may have the most change for initial success. For example, if animal cruelty were illegal in the state of Virginia that would be measurable progress and likely more attainable.

Alternatively, if I am not able to pursue this career, I could finance another lawyer, lobbyist, think tank, politician, or charity in their endeavor to seek reform. These donations of time, money, and partnership may be able to bring about change through their efforts.

Regardless of which avenue I pursue, legal reform is difficult and will likely need to be a life passion of mine in order to make a difference.

If I do not feel called to pursue the other options but still do not personally want to support Tyson, I can boycott their products and spread awareness of the problem. This is perhaps the laziest and most attainable of the options, but it is still difficult.

Assuming all else is equal and that items are of identical quality in all regards, each of us would normally buy the cheaper item. However, many qualities are not equal between the various goods and services you can buy.

For example, I buy a more expensive turkey because I believe both it to be higher quality food and that the methodology of raising the turkey is more humane. Each Thanksgiving, if more people elect to purchase heritage turkeys from smaller scale farmers, it will mean that this methodology of raising turkeys will actually be more profitable. The natural forces of the free market will urge farmers to offer more turkeys raised this way, bringing supply up to meet demand and likely bringing the price down.

At the same time, less demand for factory-farmed birds will naturally encourage those suppliers to raise less of them next year.

In this way, the socially responsible consumption of buying a turkey that represents the type of turkey you want to see in the world actually directly and actively contributes to creating the desired change.

If I were to buy a factory-farmed turkey while divesting my portfolio of its parent company’s shares, all I would have done is foregone the dividend rebate on my turkey purchase.

Socially responsible investing gives the investment gain of profitable companies to individuals who do not care about the issues you care about. This gives them more money to spend in the world, effectively undermining the very cause for which you are fighting.

Investing for the growth of your assets while spending according to your principles might effectively give you the profits of your enemy to spend on their competition.

Too often, SRI investors skip the step of aligning their spending with their principles and jump straight to changing their investments. This means that their portfolios may signal that they care about humane farming, but they are still buying factory-farmed chicken at the grocery store.

It is hard to find cruelty-free chicken in the grocery store, and you may need to go to farmer’s markets to purchase them. Regardless of where you find them, they always cost more (for a variety of reasons) which require you to have more disposable income in order to finance your purchases. Boycotting chicken entirely, which is an option many pursue, will likely either also impoverish your life and health or require you to do extra research in nutrition to ensure that you are still eating a balanced diet.

This process is not easy. If it were, the problems many of us have identified would have been solved by now.

Changing your investment strategy, although at times difficult, will not change the world and has the chance of even making it worse. Changing your spending habits is also difficult but has a direct and positive effect on the world. Even if you are just a tiny piece of the puzzle, all the pieces are essential.

Photo by SARFRAZ IQBAL on Unsplash