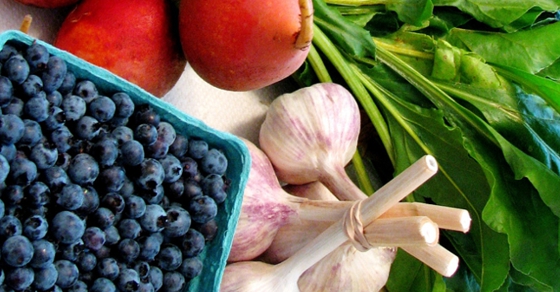 Organic food has a reputation for being healthier than non-organic food, and thus more expensive, but neither of these claims should be taken at face value. Let’s start with the basics.

Organic food has been grown and produced by people restricting themselves to certain options. There is a National List of prohibited and approved ingredients and procedures that allow food to qualify, to varying degrees, as “organic” in the eyes of the USDA.

Naturally, non-organic farmers and producers have more options available to them. Some things, like pesticides, may be effective at boosting production (by killing or driving away animals that would eat food before it can be sold) but cannot be used in organic food. Likewise, genetic modification can increase a plant’s size, hardiness, and resistance to pests, but is not allowed in food qualifying as “organic.”

Declining to use pesticides and genetic modification may result in food closer to what we would expect to be “natural”, but it does increase crops’ vulnerability to predation and weather. Any food destroyed is dead-weight loss to a farmer, which means they need to increase prices on food that does survive to stay in business.

But this is not the end of the story. The US government is also a significant factor in the increased cost of organic food.

First, being allowed to label food as organic requires certification which costs money. It involves inspections and paperwork, all of which cost time. Non-organic producers are under less scrutiny and can spend more time and money investing in their actual product while organic producers have to invest it in navigating the bureaucracy. Organic farmers, by the very nature of being deemed officially “organic”, have fewer resources to spend on tending their farms or improving the efficiency of their organizations.

Second, the US government heavily subsidizes certain specific crops (the ubiquitous ones: corn, wheat, and soybeans). This makes it cheaper for farmers to grow these crops, which makes it easier for them to be profitable. According to the Environmental Working Group, corn, wheat, and soybeans have been the first, second, and fifth-most lucrative farm subsidy programs since 1995. In 2012, $5.28 billion were spent on just these three products. In a business with reportedly tight margins, that can make a huge difference. Many farmers choose to grow these three crops, sometimes to the exclusion of anything else.

These subsidies drive costs down for non-organic producers, which artificially lowers the cost of food at the supermarket. Organic growers, who usually refrain from including ingredients like high-fructose corn syrup, do not get the benefits of these subsidies, which makes naturally grown food seem more expensive by comparison.

So not all of organic food’s extra cost is from healthy practices – some of it is from good old special-interest spending. We pay for corn when the government subsidizes it with tax money. This makes corn syrup a cheap alternative to sugar, so cheap that it is in nearly everything. We pay for the cost of producing corn again when we buy foods containing corn, wheat, and soy. Part of the reason organic food seems expensive is because the whole cost of non-organic food is hidden from us.

Meanwhile, the same USDA that subsidizes these three crops warns against consuming added sugars and high-fructose corn syrup. These have been linked strongly enough to obesity that President Obama has toyed with the idea of a soda tax . When the government intervened in the market, altering the price of just three products created a problem: ubiquitous, cheap, fattening sugar-laden foods. Why do they think raising the price after-the-fact on one food for which they already artificially lowered its price will fix that problem?

And as for whether “organic” is healthier, with any government program (and yes, labeling something “organic” or not has to go through the USDA), there are exceptions. Food labelled “organic” may have up to 5% of their content from “approved substances” on the National List, but those may be non-organic – sausage casings are “approved”, but can come from cows raised with antibiotics eating pesticide-sprayed grass.

There is also a list of “approved synthetics” that can appear in organic food. Several of these, like ammonium carbonate (which decays into ammonia gas), have conditions for their use. A notable “approved synthetic” with no conditions on its use is hydrogen peroxide. To be clear, it is approved not as a cleaning agent on tools used in organic food production, but as an ingredient in the food itself. After researching this, I’ll be taking the “organic” label with a few more grains of salt, to be sure. Organic may be healthier than non-organic, but from an objective standpoint, may not be healthy.

So the perceived expense of organic food comes from both legitimate and illegitimate sources: increased production risks from farmers voluntarily restricting themselves to “organic” growing and the federal government’s $5.28 billion food market manipulation.

We won’t really know how expensive it is until the federal government decides to let products and ideas stand on their own. The final question is: when will that happen?