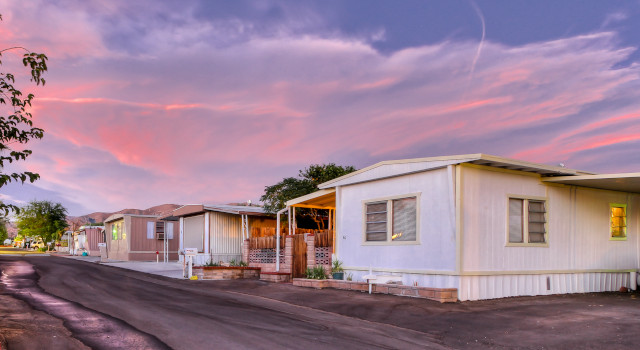 Back in the 1990s when I was a child, the drive to my elementary school used to go past a trailer park. It was across the street from the school’s driveway. Peaking through the trees, you could see the sun reflecting off of metal roofing. Sometimes, you could see a loaded clothesline with shirts flapping dry in the breeze.

We carpooled to school with very close friends. One day, one of these friends made a rude comment about trailer parks being dirty. My father didn’t even let a moment’s breath pass before he shut that down.

My memory years later has him saying, “It is cheaper to live in a trailer park than to live in a big house. Cutting costs on your housing helps to keep your lifestyle expenses low. You can do whatever you want if you keep your lifestyle low. You can be free to live your dreams in those trailers. With a small enough lifestyle, you could happily make a living as a poet — nay even a bad poet. That trailer park is the image of financial freedom.”

It is hard to make a living as a poet. As reported by Career Trend , “The Poet Laureate of the United States, the most notable position for a poet in the nation, earns a stipend of $35,000, with an additional $5,000 travel allowance.” The pinnacle of the career earns forty thousand dollars.

Can you actually make a living as a bad poet? I’m not sure. However, you could certainly pursue that dream easier if your financial footprint was the smallest it can be.

There are many financial movements that focus on decreasing expenses. For example, the FIRE movement gained traction in the 2010s centered around a similar idea. Standing for “Financial Independence Retire Early,” the movement focuses on finding ways to maximize savings while decreasing spending so that you can quit doing things you don’t like and retire into the life you want.

However, even in the FIRE movement, there is the presumption that you must slave away at a job you don’t like until you can retire into the job you do want. If your dream job doesn’t make very much money though, you may be able to achieve your dream now or sooner by fitting your lifestyle in your low wage. You don’t need to be a millionaire to be financially free.

Decades later, my family still uses the phrase “bad poet” as a way of describing this alternate route to financial freedom.

You may have noticed this phrase sneaking into our articles without much explanation, like in “A Grown-Up Discussion on Income and Wealth Inequality in America,” where David writes, “If I want to be a bad poet you can’t make me take a higher paying job in a cube farm.”

Any time I say it or see it, the phrase “bad poet” reminds me of that day when I was in elementary school. It brings to my mind the peaceful image of a low-income trailer park with fondness. It reminds me of the respect I have for people who make it financially in this world by practicing extreme frugality. It is a lesson for each of us, regardless of our income level.

There always exists someone living their dream with only half of what you have. There are always more cuts you could make in your budget. Those living off of less may be living a far richer life than you.

What is the money for? Answer it and you too may be rich.