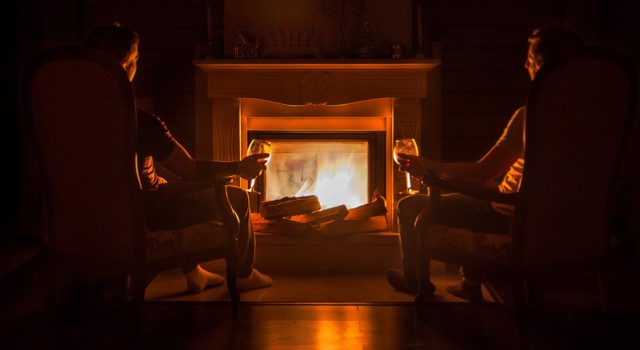 The FIRE (Financial Independence, Retire Early) movement is a suggestion that you should have the goal of achieving financial independence and retiring while you are young. The main tenants of the movement came from the 1992 book “Your Money or Your Life” by Vicki Robin and Joe Dominguez and the 2010 book “Early Retirement Extreme” by Jacob Lund Fisker.

Many different bloggers and podcasters have weighed in on the positive and negative aspects of these books refining and exploring many of the ideas. The gist of the movement is something like this: Live on less.

The movement has its roots in simple living. Vicki Robin is an advocate of the sustainable living movement, a “prophet of consumption downsizing.” She would be the first to admit that her work is often misunderstood with readers assuming that her own values and examples must be followed. She would suggest that a life well lived is a personal journey. She has a Traveler personality and for her, especially, possessions are burdens. Those with the Nester personality would feel very differently.

6 Observations on the Movement

Here are some observations about some of the perspectives in the movement.

1. Frugality and extreme savings is nothing new. When my wife and were first married we lived very comfortably spending about $10,000 and saving the remainder of our incomes. My parents and grandparents were thrifty as well. Voluntary simple living is being raised as a new idea only because it is so different from the normal life of internet consumption and social media.

2. The mindfulness of consumer consumption is both helpful and appropriate. Billions of dollars are spent to trigger mindless spending. Unfortunately such social pressures work. Many families spend money for fleeting happiness rather than lasting enjoyment. Stopping to align our spending with our values is an important step in financial planning.

3. The question “How much is enough?” may not be the right question. Vicki Robin sees the goal as “always having plenty but never being burdened by excess.” She views having more than enough as a burden, as though stewarding anything other than the minimum may not bring benefit.

Yet, as she well knows, you have a life calling. Additional money may be used toward fulfilling responsibilities you have in your life calling. Additional resources do not need to be used for our own pleasure, but we may still steward those resources to accomplish other life-goals that are important in the world. Your life may involve stewarding wealth and not just working for a paycheck because you have to. Instead of “Your Money or Your Life” her book could have been titled “Your Money AND Your Life.”

4. The movement often assumes that a life of not working is the goal. The choice is presented as having to trade your life energy by going to work at a job you really do not enjoy in order to get money that you spend on things that don’t really bring long term contentment. Lost in this characterization is the idea of calling and vocation.

Yes, there may be a misalignment of what we are doing and what we could or should be doing with our lives. But what society is willing to pay can be an indicator of what society values. And there may be many highly paid individuals who are working for significant wages and doing exactly what they are called to do. I would suggest that those individuals should never retire. Retirement is not the goal. The goal is for you to fulfill your calling, which might be your vocation.

A life of leisure and recreation is not a fulfilling life. Every job, even our life calling, will have times when it is difficult and grit and determination are required to complete a task.

5. The movement often has an anti-investing streak. Vicki Robin describes investing as speculating rather than saving. Saving, to her, is living below your means and putting the money aside in a savings account. Her recommendation is to buy Treasury Bonds. At the time of her book’s publication, Treasury bonds were paying all-time high rates. An updated version of the book was republished in 2008 when stocks were at a low. Part of her goal was to foster contentment and avoid greed and fear. That sentiment was admirable. But her erroneous perspective on an investment strategy was unfortunate and has been corrected by many of the later FIRE advocates. An appropriate asset allocation gives FIRE or any retirement the best chance of long term success.

6. Extreme savings is more difficult when you have a low income. One of the book’s original suggestions was to maximize your earnings everywhere. Just make more money. Making more money will result in an earlier date for your financial independence.

For those with limited incomes, saving 75% of their take home pay can be extremely difficult. However, I would say, that if you keep your lifestyle spending relatively constant and automate your savings, when you do earn more money, your automation will naturally result in saving a greater percentage of your income.

While financial planners favor a future orientation over present hedonism, families also have current responsibilities that will not wait. Your children will only have their childhood once. To meet the responsibilities of your future self, you will need to have an adequate safe savings rate, but you may not want to sacrifice spending money on your family now beyond that amount.

While financial independence is always advantageous, early retirement need not be a goal. Perhaps FIRE would better stand for “Financial Independence, Remain Employed.”

Photo by Sergei Solo on Unsplash