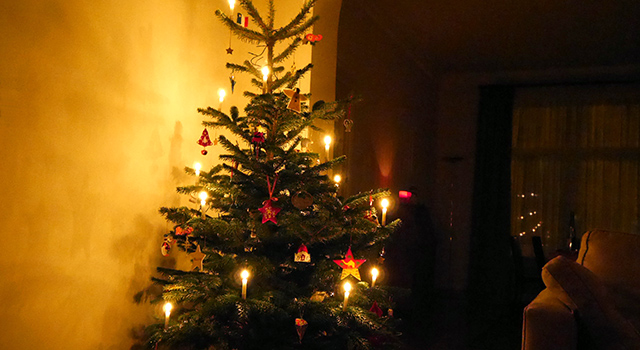 Every December I reread “A Christmas Carol” by Charles Dickens. Ebenezer Scrooge’s nephew Fred is the character young people most easily relate to. He is young himself, carefree, in love and enjoying life with his friends. He has a “traveler” personality.

In his description of financial personalities in his book “Why Smart People Do Stupid Things with Money,” Bert Whitehead describes a “traveler” as someone who would rather spend money on experience than things.

Whitehead maps financial personality on two different scales. The first measures people’s tendency toward greed or fear. Fred, like all travelers, is neither particularly greedy nor fearful, whereas his uncle Ebenezer appears greedy in the extreme. The second scale measures an individual’s tendency to save or spend. That Scrooge is a saver we have no doubt; Fred, like all travelers, tends to spend freely.

Travelers yearn to see new places and learn new things, and they love celebrations like Christmas. Sometimes they even pride themselves on their antimaterialism.

Fred’s wife comments that Scrooge is very rich. “What of that, my dear?” Fred replies. “His wealth is of no use to him. He doesn’t do any good with it. He doesn’t make himself comfortable with it.”

Fred got married simply because he fell in love. To Scrooge, his nephew’s decision is even more ridiculous than a merry Christmas. The young are such romantic idiots!

Travelers like Fred may not have realized the value of saving and investing to reach their objectives, but they have such delightful goals: to marry for love, to celebrate happiness to its fullest and to live in peace with everyone.

Fred wants nothing from Scrooge and he asks nothing of him other than friendship. So every year at Christmastime he invites his uncle to come to his house and join in the celebration.

In Victorian England, being invited to someone’s house was not as simple as merely attending. You were expected to repay the favor in some way. As a result, rich relations were invited more places than they really cared to go.

So Scrooge isn’t just being overly cynical when he’s suspicious about Fred’s invitation. Scrooge even swears at his nephew, but Fred keeps his Christmas spirit to the last and wishes his uncle a merry Christmas. Fred is thoroughly good-natured, laughs freely and sometimes doesn’t even care what they are laughing about. He passes the bottle with good humor.

The idea of a rich old uncle leaving a poor nephew a bundle of money is a cliché for a reason. Fred may have the purest of motives for inviting Uncle Scrooge, but the thought of an inheritance from the old man is never far from his thoughts.

Fred’s beautiful bride confesses, “I’m sure he is very rich, at least you always tell me so.” To which Fred replies, “But he hasn’t the satisfaction of thinking that he is ever going to benefit us with it.” Fred hopes that his encounter with Scrooge has at least rattled the old man enough so he leaves 50 pounds to his poor clerk Bob Cratchit.

Even if Fred’s motives are altruistic, his thoughts often return to Scrooge’s money and the potential inheritance that might come his way. And so even if Scrooge is as cold as the winter toward Fred, his cynicism is at least partially justified.

This suspicion between travelers and nontravelers over motives and money is a common one. Young people are more likely to be travelers until they settle down and become what Whitehead calls nesters. The older generation knows that money can get tight later on in life, and the sooner you start saving the better.

For young people, meeting basic needs may seem simple: income often easily covers expenses, and the surplus can be used for savings, investment or added consumption. Many young people mistakenly assume they are doing so well financially that they can simply spend their extra money and consume more. They do not realize that the urgent needs of family life typically follow these years of plenty. Bob Cratchit knows all too well that expenses multiply once children enter a family.

Additionally, saving when you are young gives you more time in the markets and more time for your investments to grow. For example, saving $5,000 a year for seven years and then stopping is worth more than starting in the eighth year and saving for the rest of your life. After seven years of saving, your investments should be earning more than you were contributing each year.

Or looked at another way, for every seven years you delay saving and investing, you cut your retirement lifestyle in half. So in the story, Scrooge is focused on the long term while Fred is living in the moment. But achieving a balance between these two impulses is possible.

Fred is interested in experiences and supposedly doesn’t care about money. But if he truly was indifferent about the money, he could save and invest half his income while enjoying life just as much. After all, if money doesn’t bring happiness, Fred shouldn’t need to spend all he earns. He can become both rich in wealth and rich in experiences.

If Fred saved and invested he could have given to the poor himself, started a business and hired his own clerk or provided for Tiny Tim’s medical expenses out of his own largess. For someone who consumes everything he produces, he is overly critical of the spending of those who through frugal living produce more than they consume.

At the Christmas party, Fred and his wife are described as a musical twosome. After dinner they sing a Glee and a Catch. Fred’s wife plays the harp admirably, which helps soften Scrooge’s heart toward the couple. Travelers often appreciate music, which doesn’t have any monetary value.

After a musical interlude, the partygoers play “Forfeits” because “it is good to be children sometimes.” Each person in the room gives up some personal belonging for the game. One player is chosen to be the judge and another holds items one at a time over the judge’s head so he (or she) can’t see them. For each item the judge orders the owner to do some stunt to get their property back.

The commands are usually silly requests intended to get everyone at the party laughing, such as “dance a jig,” “tell how to make a pie without talking,” “yawn until you make someone else yawn” or “try to stand on your head.” The judge must be careful what he demands because at some point in the game his own item will be held over his head!

Next they play the games “Blindman’s Buff,” “How, When and Where” and then “Yes and No.” None of these pleasures cost a cent, which is a lesson Scrooge has forgotten.

Victorian priorities dictated that men attend to business. Hard work was the way to achieve respectability and advance in society, feeding the culture of materialism in the rising middle class. Industriousness and productivity were extolled virtues.

To the extent that travelers are simply avoiding burdensome and stressful responsibilities, they are not yet wise or mature. But if they keep a sense of wonder about life and a spirit of adventure that does not deplete their resources, travelers like Fred can find a satisfying balance in life. Because without some self-restraint, Scrooge’s warning could come true: “What’s Christmas time to you but a time for paying bills without money; a time for finding yourself a year older, but not an hour richer?”

Many holiday delights need not even show up as a line item in your budget. Watch a Christmas video or read a Christmas story as a family. Play Christmas music or go caroling. Make your own Christmas cards or bake and decorate cookies. Do some errands for an elderly neighbor.

May Fred’s wise words from “A Christmas Carol” inspire us to enjoy the nonmaterial joys of this season:

“There are many things from which I might have derived good, by which I have not profited, I dare say, Christmas among the rest. But I am sure I have always thought of Christmas time, when it has come round — apart from the veneration due to its sacred name and origin, if anything belonging to it can be apart from that — as a good time: a kind, forgiving, charitable, pleasant time: the only time I know of, in the long calendar of the year, when men and women seem by one consent to open their shut-up hearts freely, and to think of people below them as if they really were fellow-passengers to the grave, and not another race of creatures bound on other journeys. And therefore, uncle, though it has never put a scrap of gold or silver in my pocket, I believe that it has done me good, and will do me good; and I say, God bless it!”