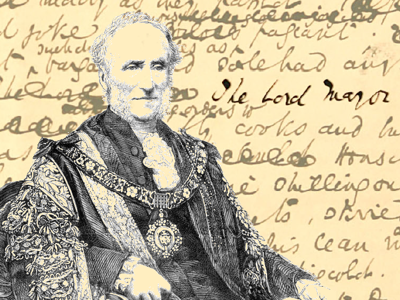 In his book “Why Smart People Do Stupid Things with Money,” Bert Whitehead describes eight different financial personalities. For the past seven years I’ve taken a character from Dickens’s A “Christmas Carol” and used them to illustrate one of these personalities.

Driven by fear and hoarding all he earns, Marley is a miser. Scrooge saves just as much, but he’s greedier and reinvests his money to grow the business. Bob Crachit, on the opposite end of the spectrum, spends too much. He should be able to live on his income, but in modern terms would be called a shopaholic. These three personalities represent the extremes.

The characters in the middle of the continuum include Fezziwig, Scrooge’s former boss. He is a nester, who tends toward savings and does better at balancing the extremes of greed and fear. He keeps his spending close to home, but includes his employees as part of his family. The two portly gentlemen tend toward greed, but they also solicit donations for the poor at Christmastime. They are entrepreneurial philanthropists.

Scrooge’s nephew Fred represents a traveler who also balances greed and fear but tends toward spending. Indifferent about amassing wealth, he cares more for experiencing life to the fullest. Scrooge’s former fiancée Belle is the bon vivant. She is driven largely by the desire to spend money on herself. She judges success by how it improves her own life.

These seven characters from “A Christmas Carol” represent all but one of the eight financial personalities. The final one is the gambler, motivated by greed and a desire to be associated with great power and wealth.

The character most closely aligned with the gambler personality in the story is the Lord Mayor. As Dickens described him, “The Lord Mayor, in the stronghold of the mighty Mansion House, gave orders to his fifty cooks and butlers to keep Christmas as a Lord Mayor’s household should.”

Politicians align well with the gambler personality. They tend toward greed and spending. They are incorrigible optimists. They mistakenly believe there are easy answers to financial problems.

Whitehead describes gamblers this way: “Gamblers are frequently embarrassed about the way they handle money. They get so good at lying to themselves and others that they actually believe it. They brag when they win, but seem to ignore and deny their losses. This makes it very hard for them to address their financial issues in a reasonable, logical way. Their warped view of financial logic often results in them viewing the casino or horse races as types of investments.”

If that doesn’t describe today’s politicians, I’m not sure what does.

And when their schemes fail, politicians are susceptible to depression or embezzlement. In fact, studies suggest that both a gambling addiction and success in politics correlate with psychopathic behavior. Politicians tend toward lack of guilt, fearlessness and interpersonal dominance. And it is from this small minority of human beings with literally no conscience that we tend to choose our political leaders. This at least explains even if it does not condone their shameless deceit and manipulation of public opinion to extend their own political power and influence.

In their desire to be rich and powerful, politicians tend toward alcohol and drug abuse and sexual addictions, often despite a sham moral posturing for the voters. They also are generous to a fault with the public’s money, all the while avoiding any significant private sacrifice from their own resources. This pomp with little circumstance was epitomized by the Lord Mayor’s Show, an annual event that Dickens mocked in “The Public Life of Mr. Tulrumble.”

Dickens wisely did not include a gambler personality in his Christmas story. Had he done so, the tale would have had an external villain. In Dickens’s writings the gambler politician positions himself as a great benefactor to the city and yet turns out to be the “greatest forger and the greatest thief that ever cheated the gallows.” The gambler would have assumed the role of antagonist and detracted from the heart of the story: Scrooge’s inner struggle and his awakening conscience. Including the Lord Mayor’s character would have made it a completely different story.

Dickens started his writing career as a parliamentary reporter. He found politicians pompous rhetoricians who made promises they never kept. His experience is captured in David Copperfield’s description: “I record predictions that never come to pass, professions that are never fulfilled, [and] explanations that are only meant to mystify.”

Since Dickens’s day, politicians have perfected the sound bite, which in essence is the antithesis of nuanced reasoning. It also makes it increasingly difficult to express the complex unintended consequences of economic systems.

Families can’t afford gamblers running their personal financial affairs just as our country can’t afford politicians assuming our corporate financial affairs. Ultimately Scrooge did what neither the Lord Mayor nor anyone else in the story could. Ebenezer developed the empathy to truly care about others. And then he gave of himself and his own resources to make a difference in their lives. And that is the true spirit of Christmas.