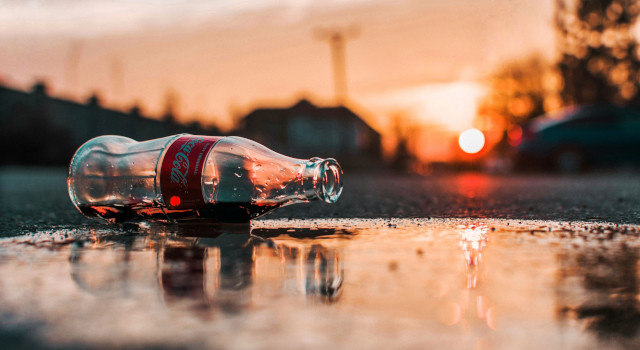 As much as we joke about it as a culture, advertising has a powerful effect on us. In fact, some studies suggest that sometimes the less you pay attention to an ad the greater effect it has on you. Meanwhile, consciously scrutinizing an ad may actually make you less susceptible to its charms.

As Psychology Today reports, “…affective conditioning is most effective when you don’t realize that it is happening. That is, trying to pay less attention to the ads you see on TV and in magazines may actually make this type of advertising more effective.”

I (David) grew up in the age of product jingles and slogans. With only a few channels for entertainment, even the advertisements could create a cultural event.

“Oh, I wish I were an Oscar Mayer Wiener.”

“I am stuck on band-aid, because band-aid is stuck on me.”

I remember one time my older brother asked my mother to buy Wonder Bread. “Why do you want Wonder Bread?” she asked.

“Because it helps build your body 12 ways,” he quoted.

Without missing a beat, my mother mocked, “Is that all? Only 12 ways? That’s not very much. Broccoli builds your body 27 different ways.”

After that, every healthy food we ate was given a number of ways it helped build our body. Without a fail, all the healthy foods had more than 12. Candy and gum, however, only built our body one or two ways. Wonder Bread was clearly better than candy or gum. Even ice cream beat candy. It built your body five different ways. The family all got a simple nutrition lesson.

When we asked what the body-building ways were, we were told about all the vitamins and nutrients that various foods contained. Later, we started looking at labeling. This was the early years of food labeling . It was relatively new. We used labeling to find out which cereal had the most sugar and would probably rot our teeth first. Captain Crunch with 16g of sugar per cup won. Meanwhile, we learned that Special K has only 4g of sugar per cup but 35% of your daily recommended iron. This then caused us to crunch up Special K and go over it with a magnet collecting the iron dust.

All this education happened because my mother refused to let us just believe advertising. She made us curious, challenged believing what we were told, and caused us to find out for ourselves.

When an ad came on which her three sons were particularly attracted to, she used to say, “Oh, that must not be very good if they have to advertise it.”

This was part of an intentional anti-ad campaign that my mother instituted to inoculate her children against the power of Madison Avenue. She recognized the power of advertising in the lives of young children and she fought against it, regularly undermining its influence.

Years later when I (Megan) was a child, my father continued this anti-advertising family tradition.

By my childhood, the era of product placement had arrived. Many children’s TV shows were merely loss leaders for associated merchandise. Others blatantly promoted various products. While some argue product placement is an old form of advertising, others cite the birth of the industry as “1982 , when Reese’s Pieces popped up in E.T. and sent sales soaring 70 percent.”

After watching The Truman Show, my father started joking that various days of my life were sponsored by different products. (He and I have several long outstanding jokes we have revisited throughout my life like this one.)

We’d be out at dinner together after a soccer practice and he’d touch his ear like he was getting a message and say, “What product do we need to sponsor?” Then, he’d turn around his water glass slowly with a dramatic chorus of its squeaks on the table until it revealed the faded Pepsi logo. Then he’d smile, search the wall like he was looking for his mark, and say fakely, “Megan, wouldn’t you just love a refreshing drink right now? What brand is the only one you drink?” By this time, I was normally laughing hysterically, so he’d keep on a cheesy smile and tap the logo promptingly.

Other times, on the cereal aisle, I’d be looking for the brand on our list and my dad would pull a different one off the shelf and read part of the label like it was a product placement spot. Then, he’d put it back on the shelf saying, “They sponsored today’s episode. Now, which do we buy?”

One day, we were walking to the mall together when we passed a large parked Pepsi truck. He stopped me and said, “Okay, right there. Now say, ‘Pepsi. It’s refreshing.’” I laughed and said the line. Then, he said, “One more time while looking right there,” pointing to the top of the nearby light post.

It wasn’t until I was an adult and “influencers” with sponsored posts, pictures, articles, and lives became a thing that I realized how wonderful the anti-advertising campaign was. I can see our long standing jokes played straight in many real social media posts.

Today’s advertising is also a lot more pervasive. Mattress manufactures have bought multiple rating sites and subtly adjust their own ratings there. Companies pay large amounts of money to put links in articles. Other times, they pay for articles to be written with product links in them. Popular websites are filled with advertisements, the movement of which makes reading difficult. Side bars are cluttered with advertisements, and pop-up windows interrupt your reading experience. Ad companies track your internet history and present ads for items you recently viewed. Harmless social media posts of your friends will be boosted by a corporation because it features a specific brand of car.

We regularly write about the dangers of advertising because advertising sadly works. Turn off your credit card marketing. Be an informed consumer of media. Learn to spot melodrama. Evaluate the source before you evaluate the offer. Question referral services. Be wary of sponsored content. Avoid sites with useless articles. Avoid sites filled with product placement and deals “too good to pass up.” Even with all this advice and more, you will probably be influenced.

In financial services, advertising is only going to get worse. After 80 years, the Securities and Exchange Commission is updating its advertising rules and allowing client testimonials. Firms will be able to pay actors who have never been a client. Those actors will be allowed to tout the virtues of investing with a certain company using a model portfolio which was built yesterday. They will even be able to highlight the great 5-year returns of this newborn portfolio. All this, so long as they disclose those facts somehow.

You can see how advertising quickly becomes less and less factual.

As children, we both used to play a family game where we tried to be the first one to shout out what product a commercial was advertising. We often played this game only looking at the images with the sound turned all the way down. (For David, they didn’t have “mute” back then, so someone had to sit close to the television and manually turn the sound down.)

In the 1960s, car ads were hard to spot because so many unrelated advertisements featured cars in them. Beer and cigarettes were also hard because they often hid the product so they could feature a vibrant lifestyle instead.

In the 1990s, drug ads were the hardest to spot because without the narration it is just a series of pleasant images. Perfume advertisements were similarly difficult, although eventually we learned to just guess “perfume” when the ad made no sense.

We also analyzed the subtle hidden messages in commercials. Who is asking questions and who is playing the part of the expert and answering them? Who is being belittled or being made fun of? While this type of critical analysis is common these days, we were both thankful for our early education into this field of study.

Photo by Krisztian Matyas on Unsplash