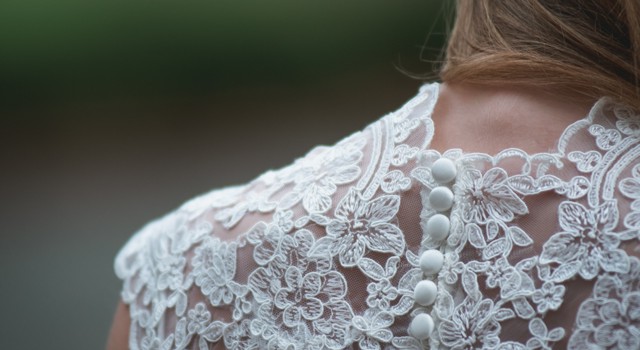 You vote with your money, or so the saying goes.

Here at Marotta Wealth Management we love the artwork of local artist Malcolm Hughes. Since 2015, we have been proud to display his original oil paintings in our Charlottesville office. Our founder, David John Marotta, even owns several himself.

Malcolm Hughes, like all of us, relies on patrons in order to continue his work. If no one purchased his artwork, he would have to stop painting and find another income to support himself. Because he has patrons, he is able to produce paintings as his primary profession.

This works in reverse too.

In Nottingham England, Joseph worked as a lace warper in a factory. In 1910 at the age of 43 or so, he was recruited to come to America because of his talent creating and even repairing lace. Repairing lace is very challenging. You need to have a mastery of fine-hand crochet, extraordinary patience, and a love for needlecraft. My great-great-grandfather had created and patented a tool for repairing lace.

The newly immigrated Americans were lacking these tools, skills, and expertise. Damaged lace had to be discarded. They needed him. So he moved his family (including my then 6-year-old great-grandmother) to America, and he worked in the growing lace industry in the United States.

This job was essential to life in 1910, but when’s the last time you hired a lace repairman nowadays?

There are a few precious souls who talk about “keeping the dying art alive,” but nowadays we either don’t wear lace or don’t repair lace when it is damaged. We vote with our dollars every day on this matter. We don’t need a lace repairman.

That’s not a good thing. That’s not a bad thing. It is just a fact. If lace is important to you, The Lace Museum is a non-profit organization for preserving the art of lace making that you could consider supporting, but it doesn’t change the fact that lace has been defunded.

There are many things I’d prefer were defunded in life.

During my lifetime, my grandmother died of lung cancer caused by youthful smoking and my great-grandmother was blinded (macular degeneration) because of a lifetime of smoking. Even today, tobacco use remains the single largest preventable cause of death and disease in the United States according to the CDC. It is no surprise I would prefer a world without tobacco products. I never have and never will patron a tobacco company.

However, one in every six Americans patron these companies regularly. Their votes keep these organizations alive. Their patronage means these companies won’t be going away anytime soon.

There is a investment movement which is gaining popularity called Socially Responsible Investing (SRI) or Impact Investing. These movements are founded on the idea that you vote with your dollars (which I agree with) but they take it a step farther than I did in my examples. SRI says that you vote with your stock selections as well. They say if you can’t explain why you are invested in something to someone outside of the financial services industry, you shouldn’t stay invested in it. They say that you should feel guilty for owning shares of companies you wish would go bankrupt.

Hm. Sounds like it is time for a confession: I personally own shares of Vanguard’s S&P 500 ETF (ticker symbol VOO).

VOO tracks the S&P 500 for the tiny expense ratio of 0.04%. It is on our Buy List right now and is used in our diversified portfolios to fill the Large Cap sector.

Among its holdings, VOO has 0.56% allocated to Altria Group and 0.73% to Philip Morris International. These companies are the two largest producers of tobacco products. For that reason, they are also both part of the 500 largest companies in the United States.

Translated out of financial speak, I oppose the tobacco industry and am a partial owner of tobacco companies.

I can see why people would feel weird about this.

Imagine that I owned shares of Altria Group directly in my retirement account. If I owned 200 shares, they would be worth around $13,670 (depending on the day) and, as they have almost 2 billion shares out there, I would be a 0.0000001% owner of the company. I would own a 0.0000001% share of the company’s earnings and dividend distributions. When a smoker purchases cigarettes for say $25, 0.0000001% of the profit ($0.0000025) would be mine. After 4,000 of such purchases, I would have earned $0.01 or one penny. I would get those earnings either from dividend distributions or from stock price increases.

Either way, my retirement account would grow from other people patronizing “my” tobacco company. I’d have a retirement funded by a business I abhor.

Now, I won’t change anything by avoiding owning this tobacco company. It is a company; someone will own it. If I don’t buy or sell these shares, someone else or a third-party market maker will buy them. Altria Group is a 136 billion dollar company.

I won’t change anything by avoiding these stock profits. The market does not change; there are the same number of Altria shares out there before and after my sale. Society does not benefit; Altria is still a billion dollar company with millions of annual patrons. And I don’t even benefit. In fact, I lose my share of those billions of dollars.

The only thing I could be said to gain is the peace of mind that I did not profit from practices with which I disagree. Now, that peace of mind is worth something. After all, you may be able to retire as a part owner of We-Murder-Toddlers (a made-up evil company), and they may still be the same murderous company regardless of if you are an owner, but is that really how you’d like to make your money?

As a result, my conscience is clean in owning VOO, tobacco companies and all.

And for most industries or products that SRI tries to avoid, they fall into the same category for me. I’m passionate about freedom and am okay that these companies exist even though I would never patron them.

That being said, I can imagine companies where my conscience wouldn’t be clean, such as the fictitious aforementioned We-Murder-Toddlers. I would not want to profit off of murder as I believe it violates human rights.

I use the word conscience here because there is no obvious moral line that I know of that can be generally applied to stock ownership. Ray Stedman, David Marotta’s college pastor, described conscience this way in a sermon of his (emphasis added):

We each have a conscience. We may not be able to analyze it, and we certainly cannot control it, but we know we all possess one. Conscience has been defined as “that still, small voice that makes you feel smaller still,” or, as one little boy put it, “It is that which feels bad when everything else feels good.” Conscience is that internal voice that sits in judgment over our will. There is a very common myth abroad that says that conscience is the means by which we tell what is right and what is wrong. But conscience is never that. It is training that tells us what is right or wrong. But when we know what is right or wrong, it is our conscience that insists that we do what we think is right and avoid what we think is wrong. That distinction is very important and needs to be made clear.

Conscience can be very mistaken; it is not a safe guide by itself. It accuses us when we violate whatever moral standard we may have, but that moral standard may be quite wrong when viewed in the light of God’s revelation. But conscience also gives approval whenever we fulfill whatever standard we have, though that standard is right or wrong. And conscience, we have all discovered, acts both before and after the fact — it can either prod or punish.

To educate your conscience, make sure you understand that stock ownership is a bad strategy for social change and SRI does not work the way it claims.

If you still feel guilty because of your stock ownership, change it. There are so many funds out there, finding investments that exclude companies you dislike is not insurmountable.

Photo by Brandon Morgan on Unsplash