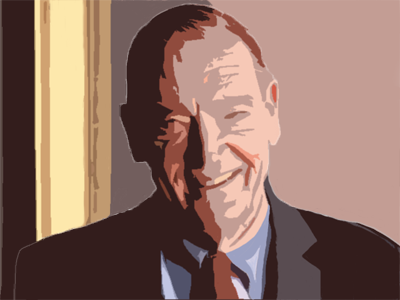 Jack Bogle is a believer in mutual funds, particularly the index variety. But there’s one area he thinks they come up short: They aren’t shareholder activists, pushing back on issues like executive pay.

For investors, it always pays to listen to Bogle. What he says has a way of eventually coming to pass.

For those who are not familiar with the founder of Vanguard, Bogle is also known as the father of the index fund. No one has done more to provide value and insight for the average investor. He is famous his insistence that buying and holding passively managed, low-cost index funds, like those offered by Vanguard, is a smarter strategy than any star fund manager can offer.

At a recent National Association of Personal Financial Advisors conference, Bogle gave a speech calling for more activism among shareholders and their agents. It seems rather ironic to hear the father of passive index fund investing calling for a more active stance on shareholder issues, but his reasoning is quite sound.

He received a long standing ovation from my colleagues before even beginning to deliver his prepared speech. Afterward I was especially moved to hear one NAPFA advisor after another share that Jack Bogle inspired them to join the financial planning profession as a fiduciary and work on doing what is best for investors.

In his speech and also in his recent book, The Clash of the Cultures: Investment vs. Speculation, Bogle describes a revolution in corporate ownership that led to disengaged shareholders. In 1945, 92% of U.S. equity ownership was held by individuals. Today, it’s just 30%. The remaining stocks are held by pension funds, insurance companies, hedge funds and mutual funds such as those of Vanguard.

The success of the mutual fund industry, which now includes exchange-traded funds (ETFs), has come about by creating cost-effective methods for small investors and retirement plan savers to access institutional money managers and diversify. Funds sold in increments as low as $50 have democratized investing. Vanguard helped bring about this change. However, lowering the barrier to entry has also exacerbated some weaknesses of the financial industry. Even the best fund companies have struggled to fully exercise the responsibilities entrusted to them.

What response has the fund industry offered in defense of their shareholding owners? A recent study of proxy votes shows that the four largest mutual funds – Fidelity, Vanguard, American Funds, and Black Rock exhibit the most corporate-friendly voting patterns. The foxes are guarding the hen house. Very rarely do these large fund companies vote against the policies of their corporate brethren.

Bogle directs much of his criticism at the mutal fund industry and even Vanguard itself.  In fact, Bogle points out that Vanguard scored as the least shareholder-friendly manager, only supporting shareholder restraints on executive pay 2% of the time. The irony of this story is that Vanguard helped drive fund management fees down across the industry – yet it does very little to vocalize these ideals to corporate America on behalf of their shareholders. He’s still a big supported of the company he created (he’s no longer involved in its management), but he doesn’t mince words when calling for greater industry accountability.

The Investment Company Act of 1940, which governs all funds, states that all mutual funds must be “organized, operated, and managed” in the interest of their shareholders. In a chapter titled “The Silence of the Funds,” he argues that the fund industry strays far from these stewardship principles.

If the mutual fund industry wishes to remain the gold standard for investor opportunities and protections, they ought to heed the wisdom of Jack Bogle. If so, the industry will become not only accountable for their own management compensation but also crying foul when corporate management begins reaching too far into shareholders’ pockets.

Investors and their managers will demand this type of stewardship from their fund management companies as they become more educated on these topics. As we experience a reality of slower growth in the U.S. compared to decades past, I would expect less tolerance for this type of industry excess.