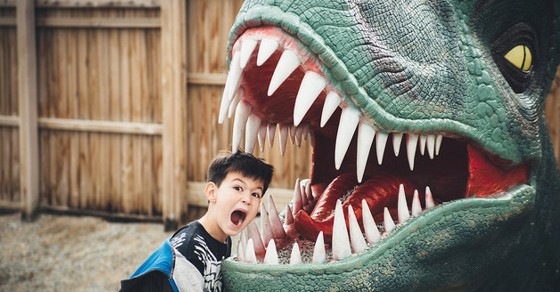 That the federal government needs downsizing should no longer be up for debate.

It ought to matter that we know these things.

In 2013, Nancy Pelosi said “there’s no cuts to make. ” Her opinion was shared by every politician that opposed the sequester for imposing a “draconian” 2.37% budget cut. That cut has now, of course, been totally undone. Politicians may not see the need for cuts, but the tax payers from whom they confiscated $2.5 trillion do.

How much of your living is it right for the government to take?

Nobody in politics asks this question. They ask if a program is right, or if a project is right, but they never ask what cost is morally acceptable.

This means that if the government taxed each full-time private worker perfectly and equally, it would take 68.25% of their annual earnings. That’s ridiculous.

Instead, let’s pretend the government is entitled to a full quarter of the average worker’s salary. That’s the equivalent of being the indentured servant of the government for a full three months out of the year – not great, but far better than 68.25%. Then, the government would only be able to spend $11,222 per full-time private worker.

That would give it an annual budget of $1.274 trillion. In 2013, it was allowed to spend $3.5 trillion. Remember the nonsense we heard from politicians during the sequester about a 2.37% cut? Imagine what they would say to someone proposing a 63.37% cut – but that’s what it would take to reduce the cost of government to a quarter of the average worker’s salary.

Making the cost of government bearable will require a major shift in people’s thinking. The problem is so vast that proponents of any reasonable solution will be called radicals. It will require the willingness to cut entire departments because that is the only way the budget can be fully funded and not bear an unreasonable burden upon the country.

Case in point: the Department of Health and Human Services and the Social Security Administration together cost $1.74 trillion. Retaining both Social Security and Medicare without major structural changes makes it mathematically impossible to bring the government down to 25% of an average worker’s salary.

Let’s assume the government is radically reduced, to just nine presently existing components: the Executive Office of the President, the Judicial Branch, the Legislative Branch, the military, the Office of Personnel Management, and the Departments of Justice, State, Veteran’s Affairs, and the Treasury. These nine alone would cost $1.318 trillion, still more than 25% of the average worker’s salary.

Deficit spending hides the unbearable cost of government. The tax code hides the burden by indirectly taxing citizens through employers and other third-parties. Incoherent budget documents hide the truth. But politicians and voters whose knee-jerk reaction to any problem is to create yet another government program keep raising the cost higher.

Most liberals understand that the ecosystem is a delicate, interconnected thing and that intentionally harming one species has ripple effects everywhere. Pesticides that kill honeybees slow certain plants’ pollination, providing less food for niche herbivores, thus providing less food for carnivores. Killing honeybees, while some call them pests, harms every living creature.

The economy is the same. The rich spend money, which employs others who spend money, who spend money on other people, so that the wealth of one person flows through the whole system. Disproportionately taxing the rich, while some call them pests, harms every person in the country.

Hiding the burden does not lessen its weight. It merely puts it out of sight and out of mind for the vast majority of voters who cannot know the real cost of what politicians propose to do with our money.

Make no mistake – the forced confiscation of 68.25% of the average worker’s wages is oppression. Is it worth oppressing our neighbors to have Departments of Agriculture, of Small Business, or of Commerce?

The federal government’s “services” and products touch every aspect of our lives. Creating change will mean distrusting any politician who champions higher taxes or spending – they are too high now. Any serious solution will cause its supporters to be called “radicals” because the problem is so vast.

It will ultimately require changing people’s minds. People must believe that they can live without government agents making our cars, running our hospitals, generating our electricity, giving us cell phones, and holding our hands.

It will require Americans to believe in themselves, not their government.

We celebrate that belief every Fourth of July. We can do this on our own.