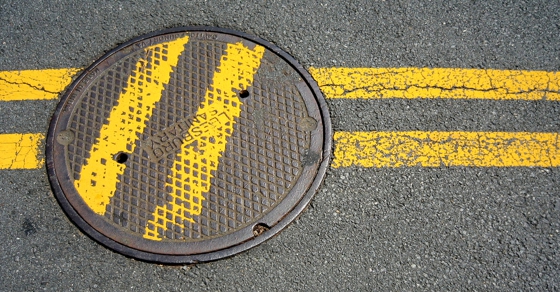 In a 2009 presidential memo , President Obama wrote, “Openness will strengthen our democracy and promote efficiency and effectiveness in Government.” It would be nice if that carried through to his employees.

While researching my latest article on the Joint Economic Committee (JEC), I attempted to speak with the JEC’s Press Contact and Communications Director, Todd Deutsch. He is one of thirty-one JEC employees.

He promptly asked for my publication and deadline (November 10th). After telling him, he just as promptly proceeded to ignore all further communication. I have yet to hear from him again. When I called, no one at the Joint Economic Committee could confirm whether he was at work at all. The Chairman of the Committee’s staff were unable to get me in contact with him, as was my Representative.

Quite a hassle just to ask about the current format of the website of a committee whose primary responsibility is to review a single report (the Economic Report of the President).

I’d like to say this atypical of interactions with government officials, but if I did, I would be lying. Despite having a government “of the people, by the people, for the people”, I have found myself told time-and-again, “You’re on your own.”

The silent treatment I received from Deutsch seems to be standard protocol when government officials get bored or uncomfortable. After a back-and-forth exchange with a member of Treasury Department’s Public Affairs office, I was told “we unfortunately will not be able to circle back on this at this time.” I asked to be forwarded to someone else who could help me answer my questions. Radio silence.

Of course, getting to ask follow-up questions is unusual. I made a FOIA request to the Social Security Administration’s Historian. The response was canned and evasive, ending with “Thank you for your interest in Social Security history and please contact me if you have additional research requests.” I did have additional questions. I left several voicemails and emails with the Historian, Eric DeLisle, to ask them. I received no response, as though per protocol.

Then again, even when I have gotten responses, they are often unhelpful. Another dismissive FOIA response I received (from Treasury this time) told me the information I sought was “publicly available” on USGovernmentManual.gov, a website of which few know. I was told to navigate to  http://www.usgovernmentmanual.gov/Agency, a broken link. Luckily, I have sufficient Internet skills to find the real one (http://www.usgovernmentmanual.gov/Agency.aspx?EntityId=8iPvf/KZKuk=).

Worse, the Department of Defense’s Defense Manpower Data Center (DMDC) has an untrusted SSL certificate (https://dmdc.osd.mil, pursue at your own risk). Valid SSL certificates are the primary indicator that you are indeed browsing the website you intended and not an imposter’s. This is a case of lazy, slipshod programming. Technical details show that they have a valid certificate for many sites related to dmdc.osd.mil, but apparently not the main one. I have brought it to their attention but fully expect that nothing will happen. Until they fix this error, the only way to access DMDC’s “publicly available” data is to engage in unacceptably risky behavior. This is the Internet equivalent of the government demanding that police officers accept a driver’s license that was written in crayon.

Three months ago, I alerted Performance.gov to the fact that they had a malformed link on their website – notably, the one on this page for the Environmental Protection Agency (click on “Environmental Protection Agency” to see it in inaction). I gave them the correct link months ago, but as of this publication date, the official one is still broken. The website was created solely to provide links to the Federal Program Inventory, and yet nobody has bothered to make sure it performs even the most basic task required of it or seems to care to correct it.

To take this as an image of the government at large (as I do) is not unfair. It is exactly what the President wants. To quote Performance.gov :

Performance.gov is a window to the Administration’s efforts to deliver a more effective, smarter, and leaner government.

Most importantly, we’ll use your feedback to make sure we’re capturing the programs in the right way.

Sure you will. This site is a marketing tool — the government’s chance to put their best foot forward — and they tripped. If the government is unwilling to pay enough attention to user feedback just to change a broken link, how can we expect it to listen to us on more important matters?

The elected officials, whose entire jobs are to represent us, are  a little better at this. I sent identical messages to both of my senators and one responded.

Government can work well. I have seen it happen.

I have had pleasant interactions with two federal employees (who for whatever reason are both statisticians). Nuria McGrath in the Internal Revenue Service’s Statistics of Income department was incredibly patient, thoughtful, and thorough in all our communications. Also, Steve Hipple with the Bureau of Labor Statistics not only answered all the questions I did ask but also questions I should have asked. They were spectacular. But such an experience is far, far from the norm.

Most federal employees’ habits are to avoid, evade, ignore. This is unacceptable from a government that is supposed to answer to and serve its citizens. For the most part, I have encountered an evasive, forgetful, disingenuous, ponderous mass masquerading as public service.

If it’s this bad now, why would we keep adding to the problem? The government only deigns to help people the way the government wants, not the way we ask. It ignores even basic feedback and continues to expand. It is simply not transparent about what it is doing or has done. And without transparency, “representation” is just a charade. When citizens are unable to know what their government is doing, it is utterly impossible for them to make informed decisions, and thus, to change anything about their government.

Once upon a time, President Obama believed that. “Openness will strengthen our democracy.” But when we need information, where is he? Where are his aides and secretaries and thousands of other employees? Too busy to talk. Too important to even pick up the phone. Or maybe not even in the office, nobody seems to know.

“Openness will strengthen our democracy,” but too bad, citizens, looks like we’re on our own.