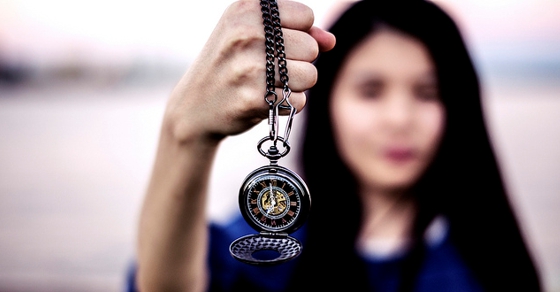 Every year, the Tax Foundation runs a thought experiment called Tax Freedom Day. We normally pay taxes by having money withdrawn from every paycheck, but the Tax Foundation asks what would happen if we had to pay the government first before we could keep any money ourselves. This makes the question of how much we’re taxed one of time instead of money: how long do we have to work purely for the government’s benefit and not for ourselves? The point at which all governments (federal, state, and local) would be satisfied is Tax Freedom Day.

32% of our labor goes to our governments, not us. With the burden of paying for government actually evenly distributed throughout the year, government costs us 2 hours and 33 minutes every day. Without the burden of federal, state, and local taxes, you could leave your job at 2:27pm every day and earn the same salary.

Americans pay more for government programs than they spend on food, clothing, and medical care combined, and they have since 1992. If the government was capable of delivering efficient service, they have had more than enough money to provide universal health coverage along with feeding and clothing the entire nation for 24 years. With all those resources, the fact that they cannot even implement the Affordable Care Act effectively shows why they don’t deserve the money they demand.

A full 46% of the taxes we pay as a country are from corporate and personal income taxes. These were unconstitutional until 1913. Instead of taking that as a warning sign, the prospects of lucrative taxes instead led to the Constitution being amended.

Most non-economists vastly underestimate the negative impact taxes have on the economy. To buy anything, we need money, and if we make money, the government takes a significant portion. This artificially inflates the amount of labor required to purchase anything, distorting every decision to buy or sell.

This is one of the factors driving people to do things themselves instead of hiring a specialist. The problem is that specialists are, by definition, specialized. Usually, they can do a better job. Their skills are rarer and of great value to society. Increasing specialization is a major reason the world economy has grown the way it has.

Consider the example of a skilled surgeon. She could spend her time mowing her lawn or could work, using her surgical expertise, to earn money to pay a mowing company to mow her lawn. The mowing company would do a better job at mowing and she would do a better job at surgery than others in her field, but because taxation means she would have to work 32% longer for the money to pay the mowers, she might mow the lawn herself. As a result, a lawn is poorly cared for and patients have a less competent surgeon.

People have a limit to how long they will work for little reward. This means there is a point at which higher tax rates lead to fewer dollars being collected. Taxes and regulation make it work harder and less rewarding. Some people will give up, retire early, or take a secure job instead of trying a new entrepreneurial idea.

Despite complaints that tax cuts favor the rich, the top 50% of taxpayers pay almost 97% of tax revenue collected. The top 1% fund 35% of the government’s entire tax revenue. And yet, many Americans think taxes should be even more punitive.

Sure enough, our “hampered” economy does not produce enough revenue to balance the budget, although this may have more to do with the government’s spending habits than its revenue. Our government overspends enough that if we financed its profligacy, Tax Freedom Day (or Deficit Day) would fall on May 10, two weeks later.

From 1776 through the early 1930’s, federal spending during peaceful periods never exceeded 3% of national income. In 1913, the Sixteenth Amendment was passed, creating the personal income tax. That tax was so important to Americans that it was worth amending the Constitution to allow it, and 1913’s Tax Freedom Day was January 30. We’ve come a long way in 103 years.

We are taxed enough already. The government collects incredible amounts of money, can’t spend it responsibly or altruistically, and many Americans believe the only solution is for government to collect even more.

This government is not worth 2.5 hours of every American’s daily labor.