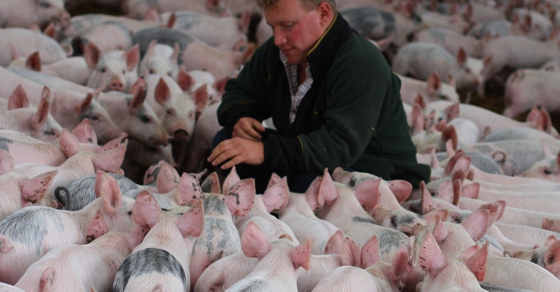 The federal government alone employs 3.56 million people full-time. According to the Census Bureau’s estimations, there were over 316 million people in the US in 2013. That means 1.125% of them were full-time federal employees. But don’t think for a minute that the government ruling us is small.

If that still seems small, think about the amount of effort it takes people every day to comply with the whims and declarations of these bureaucrats.

Data from the Census Bureau and the Bureau of Labor Statistics show that an estimated 13.88 million more people are employed full-time by state and local governments. That’s over 4% of the total US population. Only four states have larger populations.

All told, our various governments employ 17.44 million people, 14.90% of the full-time working-age population. This is larger than the 14 least-populous states put together. But don’t worry, the federal government only employs 1.125% of the US population.

Every job held by a government bureaucrat is paid for with tax money and so necessarily comes at the expense of private enterprise. There could be just as many more jobs in the private sector as people employed by any government. Families’ salaries could be higher by the amount paid to government employees.

Now think about the amount of money that 1% of the population spends. The “1%” boogeymen of the Occupy movement made $1.3 trillion, according to CNN’s analysis of IRS data . The federal government alone brought in nearly $2.5 trillion in 2013, almost twice as much as the collective incomes of the 1%. If Wall Street is unfairly wealthy, what about Capitol Hill?

The frustration of the Occupy movement would have been better directed at a different 1%.

Remember that our governments collectively employ more people than the 14 least populous states. That’s 28 Senators and 20 Representatives – 8.97% of Congress.

Taxes are, by definition, money the government extracts by force from its citizens. If that seems too harshly worded, try not paying your taxes. It’s by force.

And if 17.44 million people are comfortable living lives dependent upon the forced confiscation of other people’s income, how vigorously do you think that income stream will be defended? Consider that the BLM – Bundy Ranch showdown started over unpaid cattle grazing fees – nothing more than a tax matter.

Finally consider that these numbers only reflect people directly employed by our governments. No contractors are included because there is no simple way to measure their number.

If so much bureaucracy has been allowed to stifle private productivity, do our citizens really believe in liberty? How can we if we think we really need all the paperwork and hand-holding to keep us safe from ourselves?

Shouldn’t people be allowed to keep the rewards of their labor? How can people be free to pursue their own happiness without the money they earn? And how can they keep that money if people always think, “Well, they have enough, they can afford to give a little more, $100 more a year won’t destroy their inalienable rights”?

At some point it will.

At some point, the private sector will suffer the death of a thousand cuts.

Who knows when? Maybe when the number of government employees hits a round 20 million.