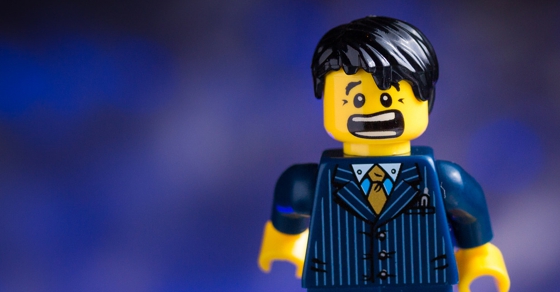 In his 1914 collection of essays called Other People’s Money and How the Bankers Use It, Louis Brandeis argued that powerful men such as J.P. Morgan leveraged unbalanced control of the public’s assets to their own benefit. One hundred years later, not much has changed. If Brandeis were alive today, you can be sure that he would be advocating for new systems of financial accountability for those on top of the financial hierarchy.

The world now has more stock owners than ever before. Increased ownership is a triumph for the free markets, but it also diminishes the influence of individual investors. While John Pierpont “J.P.” Morgan can use his influence to stuff the board of directors of Standard Oil with “Morgan Men,” John the UPS driver might not even realize that he owns a small piece of Exxon stock in his 401(k) plan. In fact, if John the UPS driver owns Exxon stock through a mutual fund, he lacks a single vote to determine the board of directors.

The very funds that make it possible for average investors to access the capital markets also carry the responsibility to vote their shares. But many question whether institutional fund companies take this responsibility seriously. Institutional ownership has grown by leaps and bounds, from 6.8 percent in 1945 to more than 60 percent today. The fund company has become the so-called “legal owner,” and the role of folks like John the UPS driver is relegated to that of “beneficial owner.” This means that the fund company retains the power and influence of ownership, but it is still considered an agent of the beneficial owner.

Delegating investment management offers many potential benefits to the majority of investors who lack the time and expertise to understand and respond to corporate matters. As aggregators of many investors, some fund companies are very powerful. For example, Vanguard, Black Rock, Fidelity, and State Street are the largest shareholders of Apple Inc., the world’s biggest company by market value.

However, fund companies have generally been accused of being more content to quietly side with corporate management than to stick up for their investors. This has not stopped the founder of The Vanguard Group, John C. “Jack” Bogle from becoming an outspoken critic of his own industry for failing to live up to their responsibilities as stewards of other people’s property.

Bogle points to spiraling executive compensation as a symptom of a larger problem. As Bogle explains in The Clash of the Cultures, since 1980 executive compensation has risen twice as fast as the earnings growth rate at America’s large corporations. During that time, CEO compensation relative to average worker pay started at a ratio of 42-to-1 and now stands at 320-to-1. Fund companies have been largely silent about this trend until recently forced to make their opinion public on so-called “say-on-pay” votes.

Investors have every right to question whether a fund company like Fidelity can cast an impartial vote on an executive compensation package while those same corporate executives are deciding whether to invest their 401(k) and pension plan assets with Fidelity. Recent studies suggest that the largest fund companies exhibit the most corporate-friendly voting patterns. Neither group has much incentive to criticize the other, and Bogle calls this moral hazard a “happy conspiracy.” If all corporate management teams were always looking out for the best interests of their shareholders, you would expect more common outcry when their close friends and family members were offered positions on the board of directors. Or when executives award themselves the promise of an overly generous golden parachute in the event of acquisition. But executive elites have little reason to follow best practices in corporate governance if the shareholders fail to demand it.

Even if John the UPS driver wanted to make some noise about corporate governance abuses, individual investors are too fractionalized to offer much accountability. Instead, these responsibilities have fallen to fund companies that are often too conflicted by their own growth goals to take a leadership position on corporate governance.

One group making strides to offer greater oversight is the Council of Institutional Investors (CII). The CII was formed in 1985 after the nation’s largest state pension funds observed the executives at Texaco pay a $137-million premium to avoid a management takeover by the Bass brothers without seeking shareholder approval. The so called “green mailing” action saved the executives jobs but cost the shareholders dearly.

The founders of the CII believed that the companies in which they were investing their members’ retirement assets needed more oversight by shareholders. They also felt that by pooling their resources, institutional investors— primarily public pension funds—could use their burgeoning proxy power to hold companies accountable.

A founding member of the CII, the California Public Employees Pension System (CalPERS) is the largest state pension fund in the country and has received extensive attention for its corporate governance efforts. Several studies have highlighted the excess gains to stocks placed on this list. The most recent study done by Wilshire Associates in 2013 produced excess returns of 13.72 percent over the Russell 1000 Index over a five-year period. This study by Bill Baue from 2006 shows smaller gains mostly focused in short-term.

The improvement is now dubbed the “CalPERS Effect.” CalPERS has since updated its advocacy efforts to focus more on dialogue and less on shaming, but it has not changed its desire to see corporate governance improvements lead to better outcomes for investors.

Are You Listening, RIAs?

Many investors have another advocate with untapped potential. Registered investment advisors (RIAs) have a fiduciary duty to serve the best interests of their clients, but most of them are largely silent on issues of corporate governance. Fund companies are required by the SEC to vote proxies on behalf of those who entrust their investments to them, but RIAs are under no such obligation. Most state explicitly on their ADV disclosure that they do not vote proxies and leave the responsibility with their investors. These firms have determined that the benefit of voting individual share proxies is not worth the effort and liability.

The key to RIA’s influence lies in their relationship with fund companies. These same fund companies that have tremendous proxy power also count RIAs as very important customers. RIAs should seek an invitation to dialogue regularly with fund companies who vote their clients’ collective shares. RIAs could begin this work by forming corporate governance committees within the largest associations including the National Association of Personal Financial Advisors (NAPFA) and the Financial Planning Association (FPA). By standing together, many RIAs could achieve an influence beyond the simple addition of their individual parts.

I expect that several of the large fund companies would welcome the efforts of RIAs to become more informed advocates of good governance. Last year, I was pleasantly surprised that, when I requested a conference call with a Vanguard representative to discuss their corporate governance policies, Glenn Booream, Vanguard’s head of the Corporate Governance Group, responded to my call. It could be that this is simply an example of great customer service by Vanguard, but I expect that RIA committees could expect to receive an equally warm welcome from other fund companies.

The invitation to RIAs is to join the efforts already underway. These new corporate governance committees could begin by looking to the current initiatives of the CII for direction and inspiration. Adding the influence of RIAs to other long-term investors would go a long way to help restrain the lesser spirits of those agents who have lost sight of the beneficial owners.

I am certain that any efforts to redirect the attention of fund companies and corporate executives back to the clients they are hired to serve would receive a warm welcome from Jack Bogle. It would also serve as a wonderful way to commemorate the life and work of Louis Brandeis following the centennial anniversary of his monumental work.